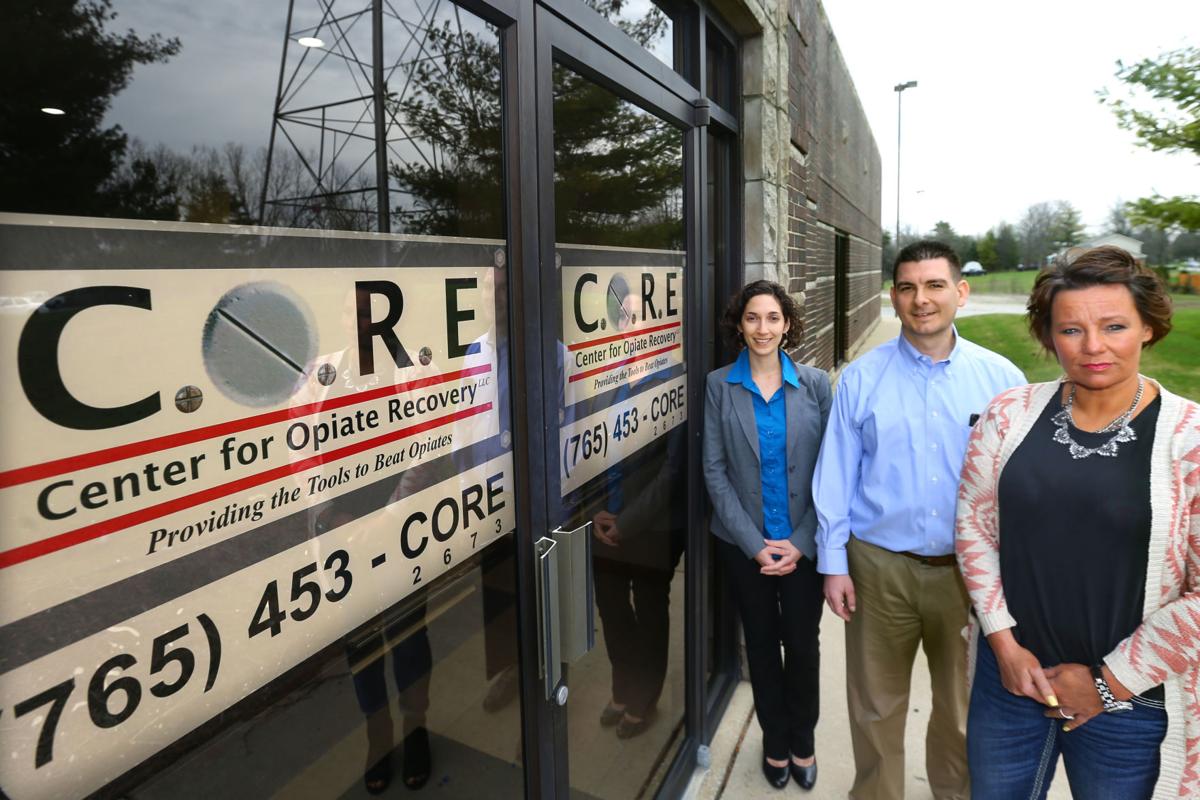 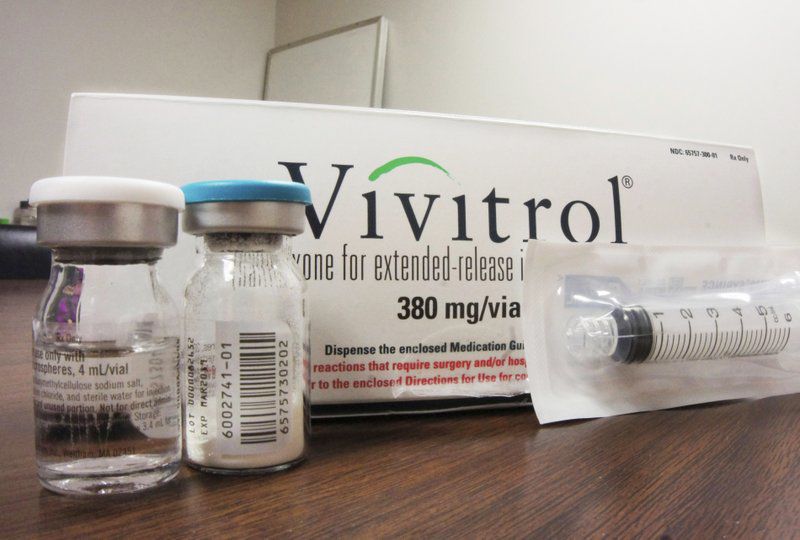 Vivitrol is considered an opiate blocker, preventing opiates from having any effect. It helps with cravings but does not relieve withdrawal symptoms as it requires days of detox before the first shot. The Associated Press 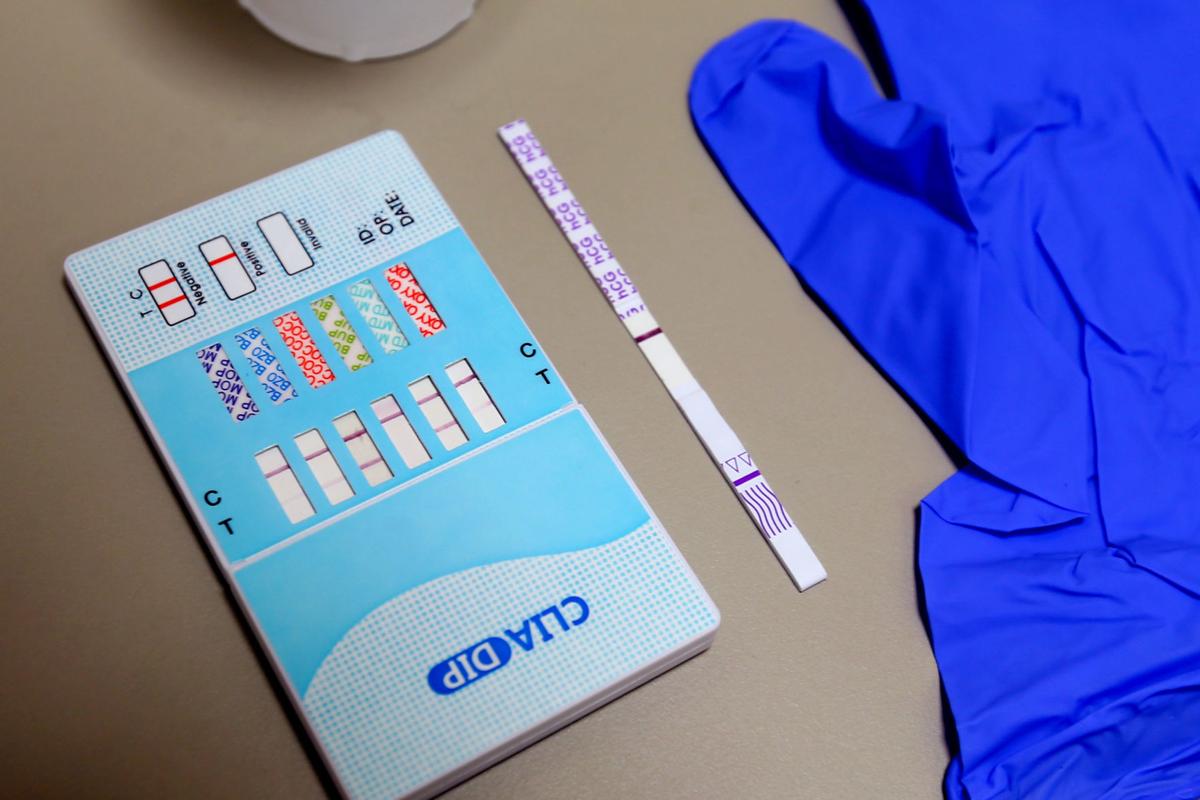 The Center for Opiate Recovery (CORE) asks patients to submit to a drug urine test every time they come in for treatment. Tim Bath | Kokomo Tribune 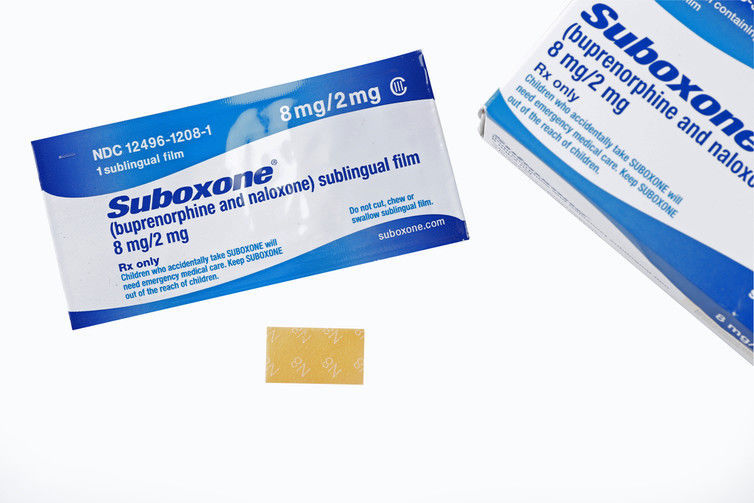 That’s what Billie Hadley, whose own son survived an overdose at age 18, tells those who question her approach to addiction recovery, one focused on the sometimes controversial method of medication-assisted treatment.

Hadley is the clinical office manager of the recently opened Center for Opiate Recovery (CORE) in Kokomo at 2908 S. Reed Road. It has started accepting patients and specializes in medications like Suboxone and Vivitrol to treat patients recovering from opiate addiction.

A pervasive skepticism surrounds medication-assisted treatment, or MAT, Hadley admits, but she says those “myths” do nothing but reinforce a stigma that misrepresents opiate addiction and becomes a barrier to effective treatment.

MAT has for years been at the center of the debate over whether to treat addiction as a medical condition instead of a mental or moral failure, and the rethinking of abstinence-only techniques.

Addiction is a disease, say most medical professionals, and should be treated as such. The National Institute on Drug Abuse (NIDA) said MAT approaches “are prescribed or administered under monitored, controlled conditions and are safe and effective for treating opioid addiction when used as directed.”

The NIDA found in a 2015 long-term study that medication-assisted treatment was successful in 61 percent of patients. Hadley’s son, in fact, has found success with Suboxone.

And there’s a need for increased treatment, said Hadley, in a county that saw a record 44 overdose deaths in 2017. Howard County’s recent history is also checkered with opioid drug abuse, driven largely by the past presence but continued influence of a Kokomo Wagoner Medical Clinic location.

The clinic – another was located in Burlington – was raided in 2013 by Kokomo police and the U.S. Drug Enforcement Agency. It contributed to the deaths of more than two dozen people caused by illegal prescribing practices.

“Our typical patient is in their 20s to 40s and initially started taking prescription opiates from a doctor after an injury or surgery,” said Hadley in an email. “Their pain persisted, so additional medication was prescribed, typically a higher dose and for a longer duration.

“Eventually, the patient does not have enough prescribed pain medicine and they also realize if they stop taking the medicine they have severe withdrawals.”

Those budding addicts, unable to operate as normal, then find medications from other sources before escalating to illegal purchases.

“At this point, life’s primary focus is simply to find opiates, not to get high, but to avoid severe withdrawal,” said Hadley, who helps run a similar facility in Greenwood which treats 380 patients, many from the Kokomo area. She said the company hopes to soon expand to Southern Indiana.

“For some patients the cost of buying pills becomes so prohibitive that they turn to heroin, a much cheaper and readily available alternative.”

Hadley said CORE’s typical patient doesn’t represent the stereotype of a drug addict, but instead is “someone you probably know, a friend, a neighbor, a boss or employee” – someone impacted by an injury or medical procedure.

CORE, which does not provide methadone, treats those patients with take-home medications containing buprenorphine (Suboxone) or naltrexone (Vivitrol) and partners the treatment with psychosocial therapy from addiction counselors.

Suboxone and related medications take away withdrawal symptoms and cravings associated with opiate dependency without creating the “euphoric sensation” of other opiates, said Hadley. They can also limit the effect of other opiates used simultaneously.

Still, some criticisms say that taking Suboxone is nothing more than trading one drug or addiction for another; Hadley said she encounters people who believe MAT treatment is “the devil.”

Meanwhile, Vivitrol is considered a “pure opiate blocker” preventing opiates from having any effect. It helps with cravings but does not relieve withdrawal symptoms, she said. Vivitrol treatment is considered harder to start because it requires an initial detox period, unlike Suboxone.

“Although a slightly lower success rate, it is usually recommended for highly motivated patients who do not want to be dependent on a medicine, or patients that have been off all opiates for a period of time.”

Vivitrol, however, has been promoted by people in local law enforcement and healthcare circles.

“If we can just get one person back on track where they’re not using drugs anymore, that makes this program worth it for us,” said Susan Rice, chief probation officer with the Miami County Probation Department, after the county secured grant funding to assist opioid-addicted clients in obtaining medication-assisted treatment through Community Howard Regional Health in Kokomo.

“People need this medication. It’s certainly not a cure-all. They still have to make the choice not to use, but this makes it easier for them to make that choice.”

Williams said hospital officials believe Vivitrol and intensive programming is a more efficient way to help someone overcome addiction, although St. Vincent is “not opposed to someone who wants to use Suboxone.”

Still, she said the hospital has become “concerned about how dependent patients can get on Suboxone and the opportunity for diversion (illicit use) of the drug.” Suboxone can specifically be misused by people without opioid dependency, or is sometimes injected or snorted in an effort to get high.

Williams said that Vivitrol, shot once a month, does not continue “the dependence on opioids and is not subject to drug diversion.”

Overall, however, local professionals agree on the capability of MAT and the ways it can help Howard County addicts.

Hadley said MAT is more likely to create large-scale change than clinics that provide short-term addiction care before putting someone back on the street, where addicts are more likely to overdose after lowering their tolerance level.

“When they’re dead, there’s nothing we can do,” said Hadley. “But when we have them on a medication such as Suboxone or Vivitrol or one of those other products, they actually get their lives back and they function.

“And then we can incorporate the counseling and the psychological evaluation to find out what got them to the place they're at and why they ended up where they’re at. … But when they’re dead, we can’t.”

How to get help

Here are three ways to get addiction treatment in Kokomo:

Trinity House offers a full service program with psychiatrists, nurse practitioners, psychologists, addiction counselors, nurses, licensed social workers and mental health clinicians, dieticians, a pharmacist, a chaplain and full medical backup for detox, she explained. The facility accepts insurance and, as a contractor for the state, helps people who cannot pay for treatment.

Patients seeking medically-assisted treatment, including Suboxone or Vivitrol, at CORE can call 765-453-2673 (CORE) or be referred by another medical provider. CORE is located at 2908 S. Reed Road, Kokomo.

Who should call, according to CORE clinical office manager Billie Hadley:

The FOH Club is open and available to any nationally-recognized 12-step group needing a place to meet, according to Randy Obenchain, the club's executive director.

If you are a member of a 12-step group seeking a place to meet, contact Obenchain at thefellowshipofhopeclub@gmail.com or 765-301-8113 for more information.

How do we fix the drug problem in our community?

Editor's note: This is the final part of a six-part series on the drug crisis in our community. For a look at the complete series, including v…