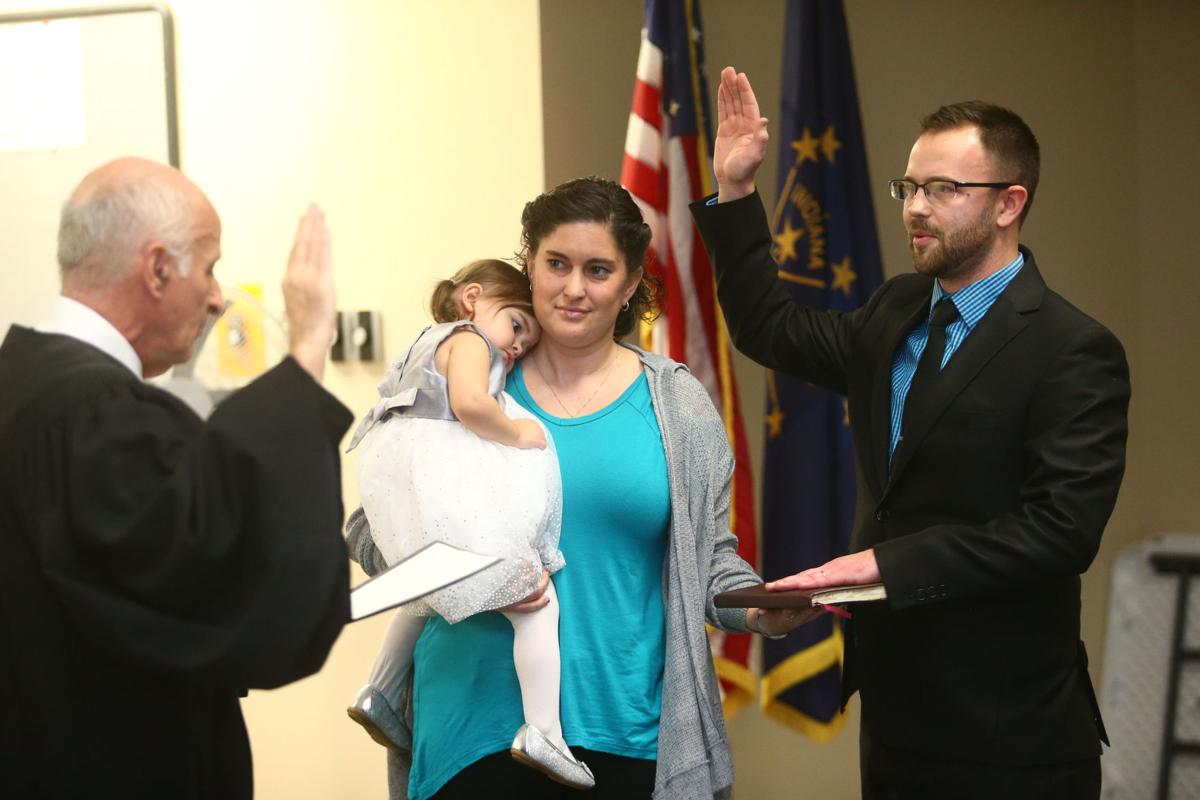 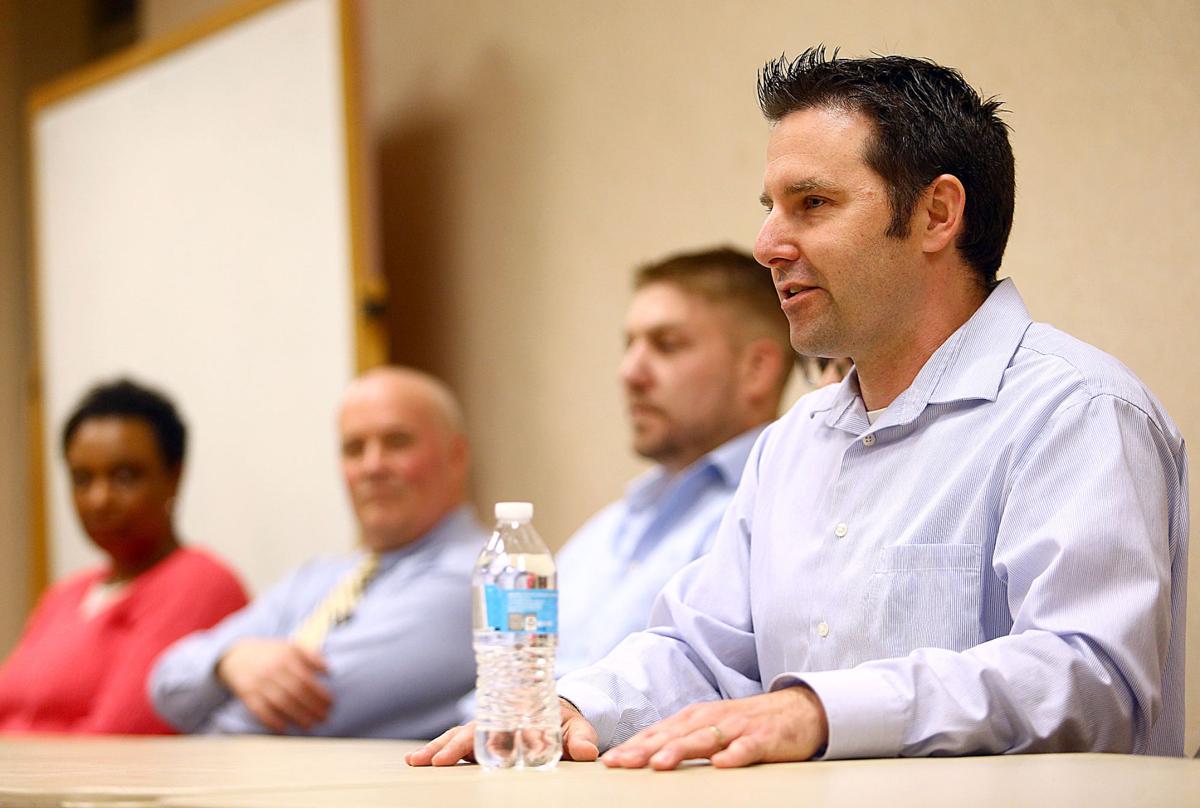 Carey Stranahan talks about his job as the City of Kokomo engineer at the Kokomo-Howard County Public Library South Branch as they hosted “So You Want to be an Engineer?” on Wednesday, March 8, 2017. 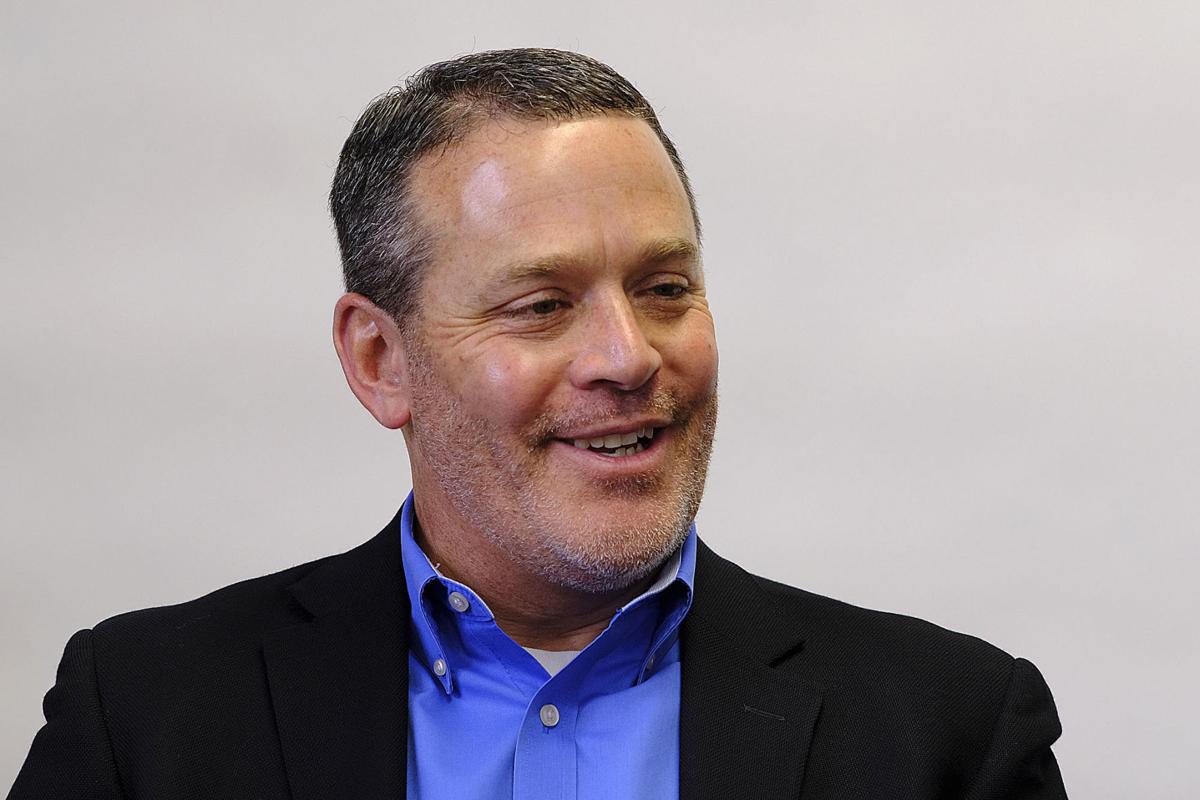 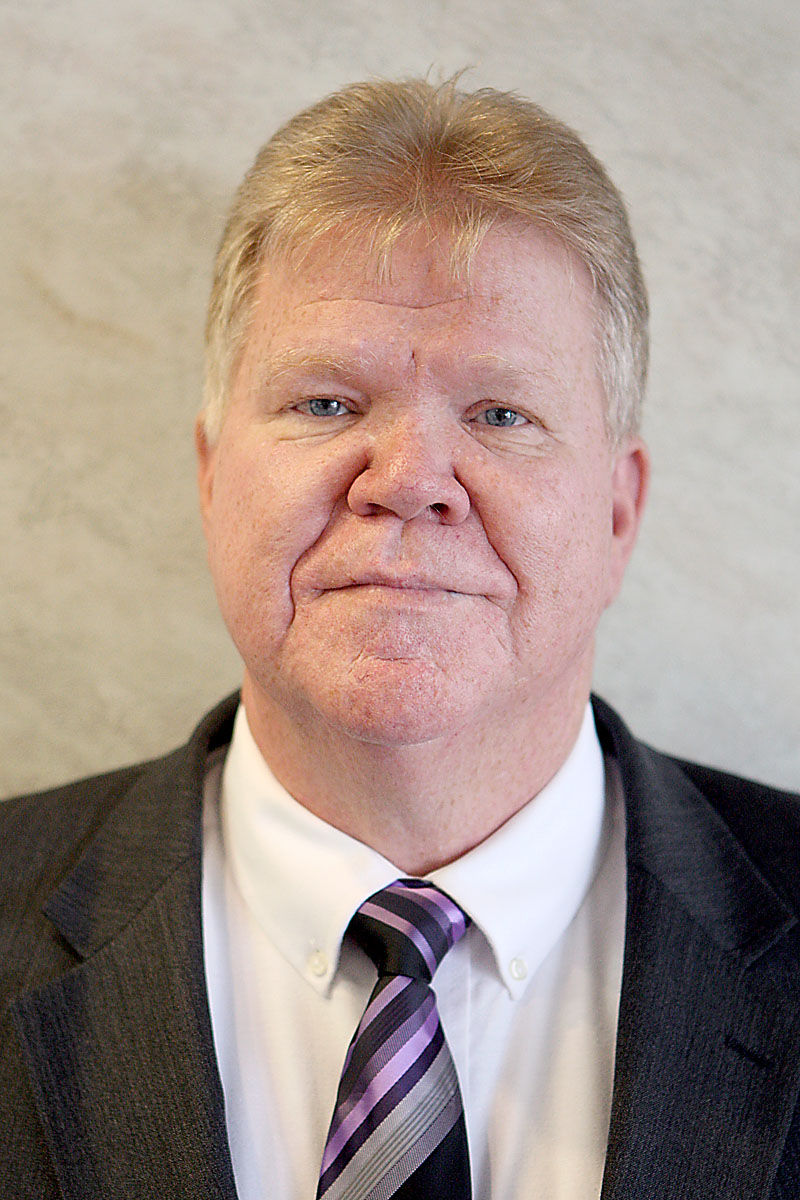 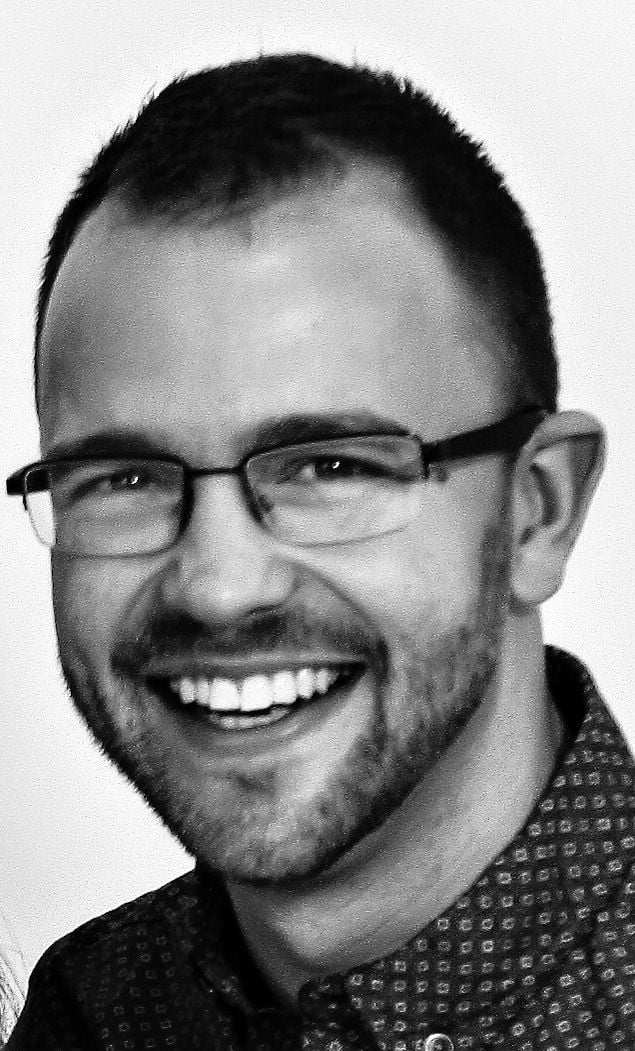 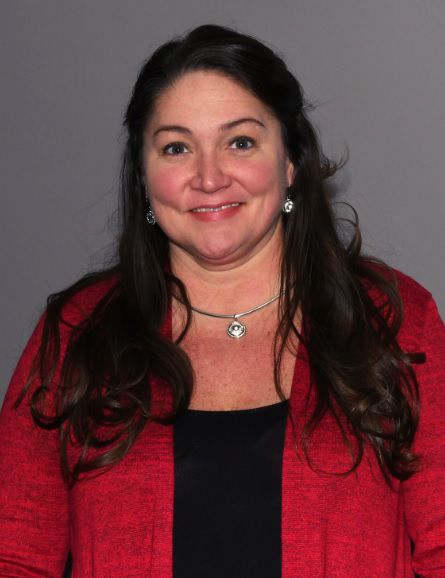 It’s the latest string of staffing decisions made public by Moore in the lead-up to him taking over City Hall. He is expected to continue announcing how he will fill positions – one job still up in the air is deputy mayor – as “interviews and discussions continue in the following weeks,” according to a media release.

Jack Dodd, who serves as the director of human resources in Frankfort and held the same position from 2004 to 2007 in Kokomo during Republican Matt McKillip’s administration, has been named Moore’s HR director.

“I am so pleased that Wes and Jack will be joining my administration. Both bring knowledge and experience in their respective fields and are committed to the effective and transparent operation of city government,” said Moore in the release.

He added: “Cary (sic), Jennifer and Joe bring a wealth of experience and knowledge in their respective fields and I am pleased that they are willing to continue in their important positions.”

In a statement, Reed said he is looking forward to his new role, which is currently held by City Controller Randy Morris.

Reed confirmed Monday he will remain treasurer through the remainder of 2019, after which the position will go up for a Republican caucus vote to fill the seat through 2020.The treasurer’s position will then be part of the 2020 election.

The vote is expected to be held in conjunction with the caucus to replace Moore’s seat on the Howard County Board of Commissioners, according to Reed, who said a date has not yet been set for the votes.

“I am both humbled and excited for the opportunity to be the next controller for the City of Kokomo,” noted Reed, who served as Howard County’s chief deputy treasurer for four years before being elected treasurer in 2016.

Reed, the release notes, has in his current role “worked closely with the City Controller’s office on local tax and financial matters.” He has also served on the executive board of the Indiana Counties Treasurers Association and its legislative and training committees.

“I am totally committed to Mayor-elect Moore’s vision for a transparent government because I have always believed that as a local government we should be good stewards of the tax dollars by using them wisely, and that transparency plays a key role in that stewardship,” he added.

Dodd – who in 2015 was defeated in the Republican mayoral primary by Howard County Auditor Martha Lake and in 2017 was beaten by Marty Stout to be Republican Party chairman – also expressed excitement about his appointment.

The position of HR director is now held by Kathy Horton.

“I am honored to be a part of the Moore team and assist in the transition of his administration. While I will miss the friends and team members in Frankfort tremendously, I look forward to reconnecting with friends and assisting Mayor-elect Moore and his team in any way I can,” noted Dodd, who serves on the executive board of the Indiana Municipal Personnel Administrators for Cities and Towns.

Following his time in the McKillip administration, Dodd became the HR director for the city of Yuma, Arizona, for seven years before returning to the local area.

As the Tribune previously reported, Dodd’s initial stint with Kokomo was inevitably tied to the numerous controversies of the McKillip administration, including protracted negotiations over health care benefits for unionized city employees.

Although Dodd was charged with implementing several McKillip policies that proved unpopular with some city employees, Dodd didn’t publicly disagree with McKillip during his tenure.

Dodd, who was an avid supporter of Moore’s mayoral campaign, is the father of Kokomo Fraternal Order of Police President Jeramie Dodd. The FOP publicly endorsed Moore for mayor.

The police union’s contract is set to expire at the end of 2020, meaning its leadership will negotiate next year with the incoming city administration for its next contract.

Moore said Monday he will ask the elder Dodd to recuse himself from contract negotiations.

“Yes, obviously we would ask Mr. Dodd to recuse himself at that time, and I’m confident he would see the logic in that and expect to do so,” said Moore in an email.

Stranahan has worked the last 19 years for the city and has been city engineer for 15 years. He was a recipient in 2015 of the Ivan H. Brinegar Municipal Management Award by the Indiana Association of Cities and Towns (now called Accelerate Indiana Municipalities).

Jordan, who started her career in 2004 in the Controller’s office, has been the city’s development director since 2014.

The release noted that she has “played a key role in the current administration’s major downtown development projects” while also working “with small business owners and community partners to further economic growth in Kokomo.”

Ewing, who ran as a Democrat and lost a bid to incumbent Republican Brad Bray in 2016 for the 3rd District seat on the Howard County Board of Commissioners, is a past president of the Indiana Street Commissioners Association.

Branch to run for treasurer

Christie Branch, a supervising deputy in the Howard County treasurer's office, announced Monday her intention to run for treasurer in 2020.

Branch, a Republican, is also expected to throw her hat in the ring in an upcoming caucus that will select the person to serve the remainder of Reed's term, which runs through 2020.

Branch, a lifetime Howard County resident, was hired in the office six years ago by former treasurer Ann Wells and later promoted by Reed in June 2016 after he replaced Wells following her retirement just months before that year's election.

Branch said in her announcement that she wants to "serve the community that has given so much to me."

"During this time in the Treasurer’s Office I have worked closely with Treasurer Reed to bring new technology and efficiencies to the office," she noted.

"It has always been our goal to make tax collections as convenient as possible for taxpayers in Howard County, and this is a goal I will continue to build on if elected. During my time serving alongside Treasurer Reed we have seen an increase in collections rates, now averaging a 98% collection rate for the past three years while continuing to lower wait times at the counter on Tax Day."

Branch said such steps "toward 21st century processes" have helped the office "get money to schools and other units of government faster, helping them function properly. While we have made great strides, I will be asking for your vote in 2020 to continue to growing on these successes."

Mayor-elect Tyler Moore is still undecided on his choice for deputy mayor, he recently told the Tribune.