Redskins to have 'thorough review' of name amid race debate 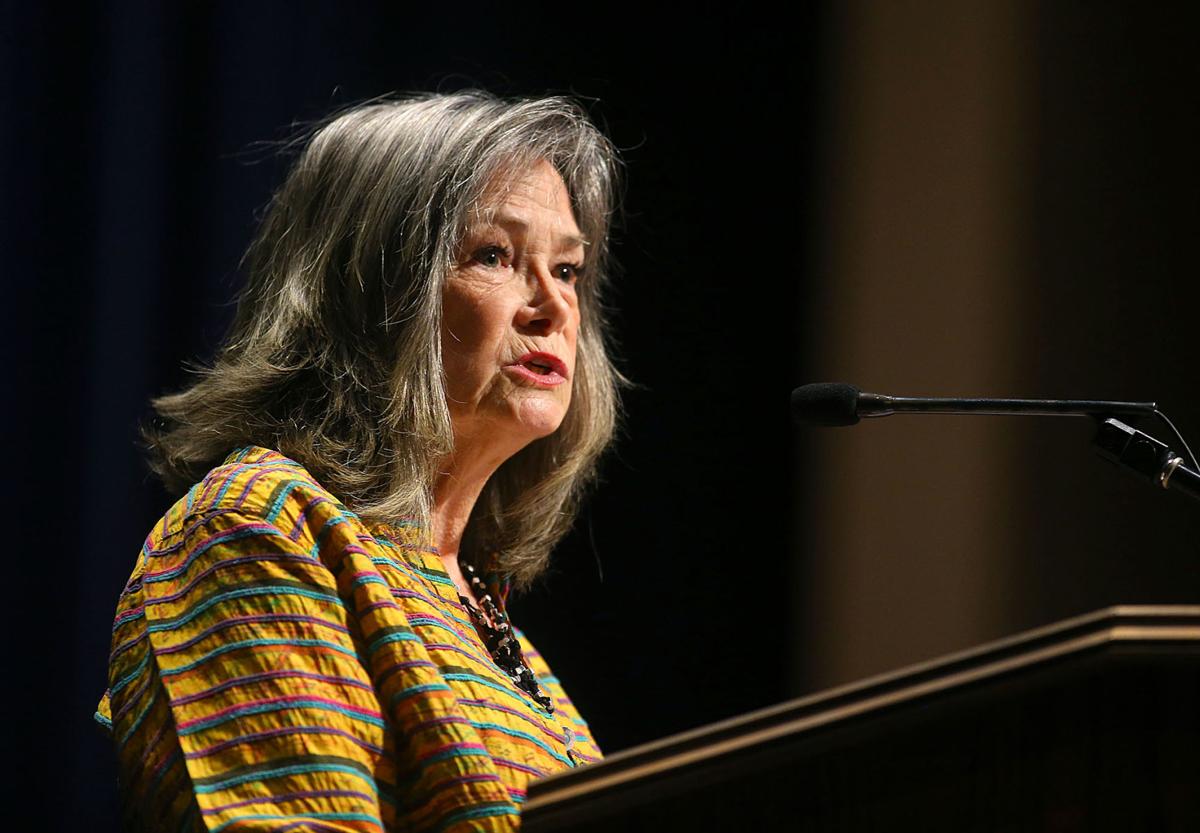 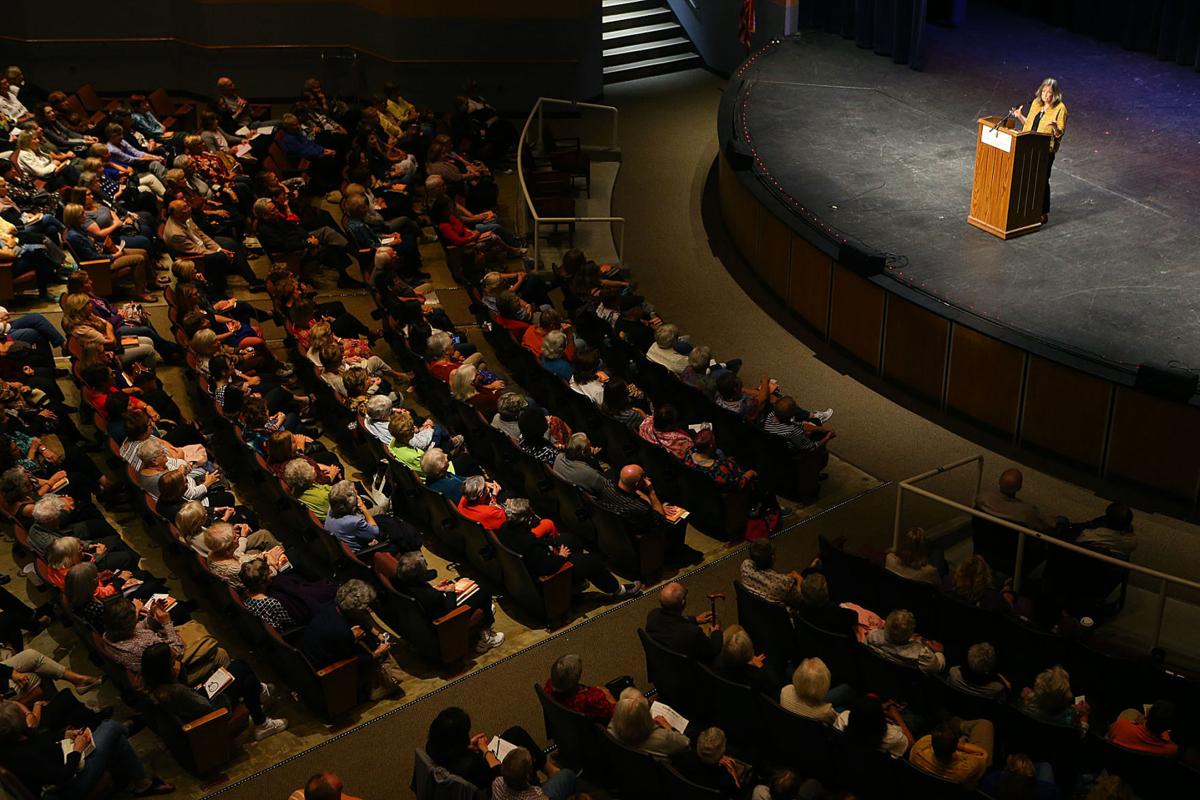 When Delia Owens took her place on stage at Havens Auditorium, she told a story about how she came face-to-face with a bull elephant named Cheers while living in Africa.

Even though Owens said Cheers was used to seeing her, she probably surprised him because he charged her.

“This was my first elephant charge,” she said. “I did not have time to come up with a good plan.”

On instinct, she jumped into nearby crocodile-infested rivers. Owens, with her accent straight from Georgia, spoke matter-of-factly with dry humor.

Owens said her life in Africa was so solitary that the crowd at Havens was more people than she would see in a span of years.

“So the level of excitement I get standing up here is similar to when Cheers charged me, so please bear with me,” she said.

Even so, Owens commanded the near-full auditorium Thursday night for her author visit sponsored by the Kokomo-Howard County Public Library. Her first novel, “Where the Crawdads Sing” was not only chosen for the 2019 Howard County Reads Book, but also topped the New York Times fiction best sellers list for 20 non-consecutive weeks.

The novel tells the story of Kya, an abandoned child who grows up in marshland in North Carolina. Kya, known in town as “The Marsh Girl” grows up in seclusion. Her timeline is intertwined with the timeline of the murder investigation of Chase Andrews, high school quarterback and royalty of the small town near The Marsh Girl’s home.

The novel, filled with depictions of wildlife, interspersing mating habits of fireflies with an outcast teenage girl learning how to date, was heavily influenced by Owens’ background as a wildlife scientist and zoologist.

During Owens’ talk, she didn’t give away any spoilers, but spoke about Kya, writing the book, and her inspiration: her mother.

“I was very fortunate to have a mother who was not only a southern belle, but a real outside girl,” she said. “She would encourage my girlfriends and I, whether riding on horses or exploring on foot, to go as far into the oak forest as we could go. She wanted me to experience true nature....

“She would say to me, ‘go way out yonder, where the crawdads sing.’ Out in the woods is where I stumbled upon myself.”

Taking her mother’s advice seriously, Owens bought a one-way ticket to Africa and went on to spend 23 years studying remote areas of the continent. During those two decades she researched lions, elephants, hyenas and more. She said her research turned into an observation of nature and human behavior.

Once, Owens watched a male baboon walking along a riverbank. He puffed his chest up and strutted in front of the females.

While observing packs of mammals, which are almost always packs of females and their young, Owens saw behavior mirrored in humans. Watching a pack of hyenas collaborate to take down a buffalo then fight over eating their kill reminded her of neighbors sharing a fence, and countries at war.

Even this territorial sense has occurred to Owens while buying coffee.

“I don’t know about you, but when I’m in line for a latte at the coffee shop and someone just steps right in front of me, the feeling I feel, while waiting for a latte, is inappropriate for the setting,” she said. “But if you think about it, for millions of years, we had to get our offspring to a watering hole. We had to compete. You would fight. Your life would depend on that water, and that is our history.”

The difference between wildlife and human life is that humans value virtue, which is in direct conflict with our evolutionary history. In the center of virtue and survival, Owens found her main character, Kya.

“I learned from a library book that crawdads don’t really sing,” she said. “I learned from my mother that if you go far into the wilderness, you will hear them anyway. And if you go far enough in the wilderness, you will glimpse how and why we are what we are. It’s because of this rough and tumble place we thought we could do better, and we found the heart to be human.”

Delia Owens was born in Georgia, where she developed a love for nature and exploring. She went on to earn a bachelor's degree in zoology from the University of Georgia and a PhD in animal behavior from the University of California-Davis. She moved to Kalahari, Botswana in Africa with her then-husband, studying Kalahari lions and brown hyenas. The pair went on to study elephants in Zambia. She is the co-author of three internationally bestselling nonfiction books about her time in Africa, winning the John Burroughs Award for Nature Writing. "Where the Crawdads Sing," published in 2018, is Owens' first novel.