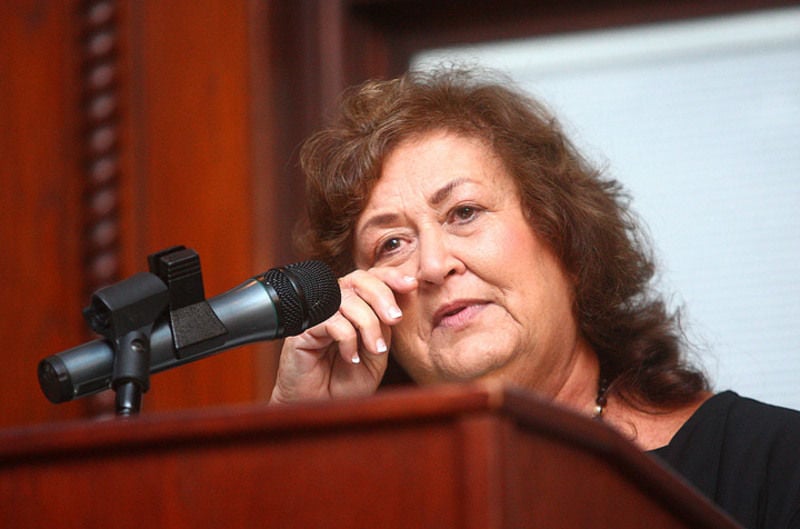 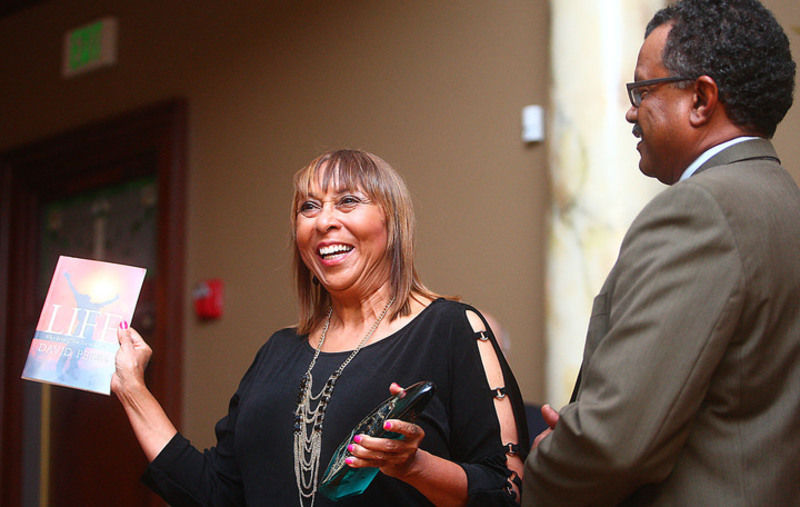 Jeanne White-Ginder, the mother of Ryan White, said she wasn’t sure how she would be welcomed back to Kokomo, where her son was barred from returning to Western Middle School after he was diagnosed with AIDS in 1984.

But her fear of an unfriendly greeting vanished when she received a standing ovation from the large crowd attending the 5th annual Howard County Hall of Legends induction ceremony Friday evening.

Ryan White officially became a pillar in the Hall of Legends Friday, along with five other distinguished people with roots in the county, during the ceremony sponsored by the Howard County Historical Society.

White-Ginder said she was skeptical about coming to Kokomo when she was told Ryan was receiving the honor.

But her husband gave her some wise words that spurred her to fly from Florida, where she now lives, back to the city that was thrust into the international spotlight during Ryan’s battle with AIDS.

She said her son was a fierce but gentle advocate for fostering understanding of a disease that was frightfully misunderstood in the 1980s, despite sometimes hateful treatment from people.

“I saw my son fight so many battles,” White-Ginder said. “He learned to fight the disease, and not the people who had it. Every time he met someone with AIDS, he realized they were just like him. They were all fighting to stay alive.

Another person inducted into the Hall of Legends who has affected the lives of thousands of children around the world was Dr. Chuck Dietzen.

Dietzen is the founder and president of Timmy Global Health, an Indiana-based non-profit that works to expand access to healthcare in the developing world.

He grew up in Howard County and first learned about service at home, where his family fostered 150 children.

“Dr. Dietzen is a legend in Howard County, and a legend to the thousands of kids he and his organization have helped around the world,” said Susan Sciame-Giesecke, the Hall of Legends committee chair and chancellor at Indiana University Kokomo.

Dietzen told the crowd he was glad to be back in Howard County, where he learned about the importance of family, church and community.

“I’ve traveled the world for many years, and I’ve been telling people that my soul feels the need to come home,” he said. “And literally, here I am. I’m home.”

Karen Perry-Jones attended the induction ceremony on behalf of her grandfather, Rev. Henry Perry, who was the pastor at Wayman Chapel AME Church for four years as principal of the city’s segregated Douglas Elementary School for 20 years.

“I’ve heard so many stories about grandpa, and I know he loved Kokomo more than anything,” she said.

Perry sought to provide constructive recreational opportunities for black youth, which led him to invest nearly 20 years into gaining support to establish the Carver Center. The center opened in 1948 and continues to serve youth of all races.

Sister Martin McEntee was also at the ceremony, where she was honored for spending 28 years serving the health care community of north central Indiana.

As president and CEO of St. Joseph Hospital, she helped the facility expand to include radiation oncology, renal dialysis and magnetic resonance imaging, as well as the Saint Joseph At Home and Saint Joseph At Work programs, child care and the Clinic of Hope.

Hall of Legend committee chair Sciame-Giesecke said everyone inducted into the Howard County Hall of Legends this year was a shining example of servant leadership in the community.

She said the six inductees all set an example that Howard County residents should strive towards.

“Many of us have learned throughout our lifetime that when we work together, more becomes possible,” she said. “Our honorees this year embody this philosophy.”