COVID vaccine available to Hoosiers 55 and up 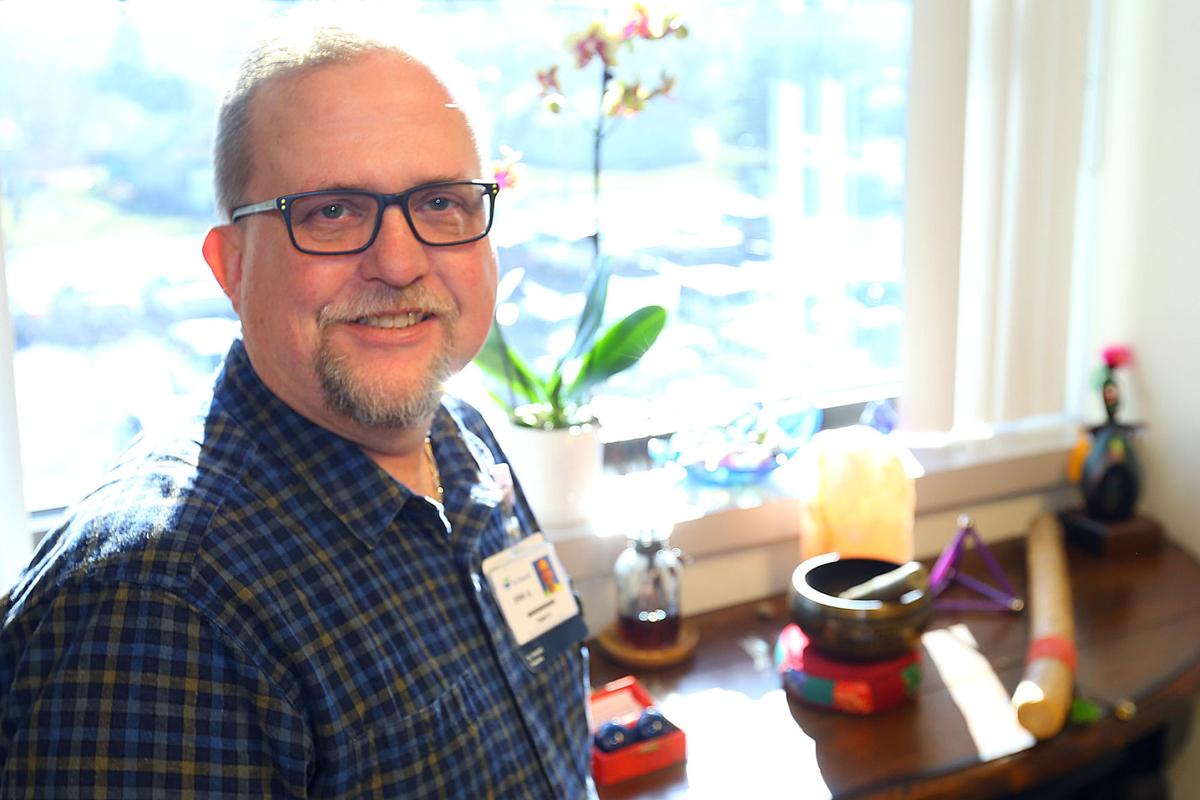 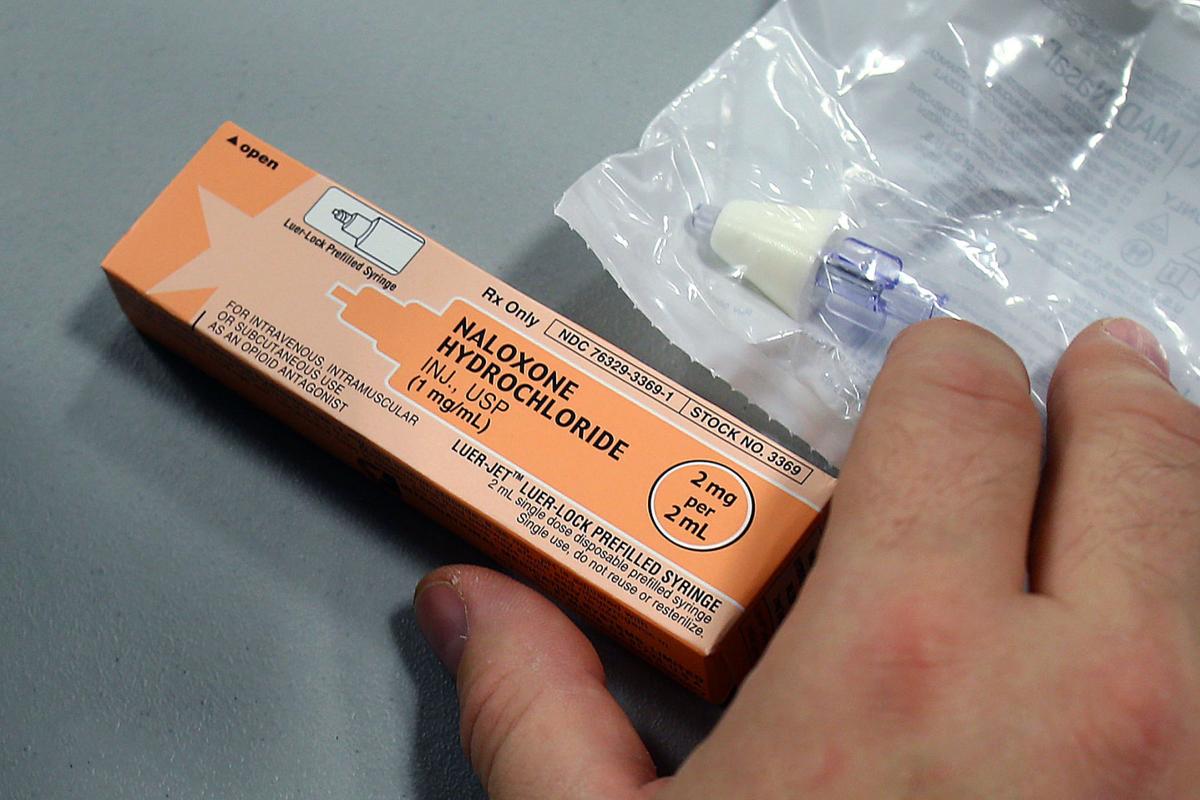 This is a dose of naloxone hydrochloride that can be sprayed up the nostril or injected to reverse the effects of an opioid overdose. Tim Bath | Kokomo Tribune

Someone suffering from addiction isn’t an “addict,” they’re “a person with addiction," according to MarJo Doyle of Community Howard Regional Health.

For counselors working face-to-face with people with substance abuse disorders, shedding preconceived notions is an important part of pursuing recovery.

In 2017, Community Howard Regional Health served 577 clients through substance abuse counseling services. In St. Vincent Kokomo, that same year, approximately 700 people were admitted into inpatient detox, with approximately the same number forecasted for 2018. St. Vincent staff specified that those numbers include patients detoxing from alcohol and all categories of drugs.

Resources for people suffering from addiction and their loved ones

Specialists at both hospitals told similar stories about the people they help. It may be cliché to say that the opioid epidemic knows no boundaries in terms of age, race, sex or socioeconomic background of its victims. But these specialists, and those of other drug treatment facilities in the region, say that the cliché is the truth.

“We have an idea in our head of the typical … addict, and now it’s the boy next door; it’s the girl next door; it’s the valedictorians. They’re starting so much earlier. It’s such a dangerous drug because the risk of this drug, with the opiates, is so much greater than with other substances,” said Linda Gilbert of St. Vincent Kokomo, specifying that the immediate risk of overdose is what grants opioids this dangerous status. For instance, alcohol-related complications may kill more people than opioids overall, but alcoholism does so over a longer stretch of time.

Someone may seek counseling due to a number of circumstances. Sometimes, it's court-ordered and sometimes it’s voluntary. Regardless, Gilbert said the first matter of business is to answer the question: Why now?

“Why did you decide to come in? What’s going on in your world right now?" she said. "And that may seem almost cliché, but it’s so important in hooking them in, and being able to become aware of the pain that they’re experiencing as a result of their addiction is today, so that I can hook them and work with them and get them to come back tomorrow.”

A previous series published in the Tribune in 2017 detailed the journeys of people recovering from addiction, and it has revealed several prevalent themes. One of them may seem obvious: For a person to get clean, they have to really want it. Many relapses, several of the recovering addicts said, were the result of half-cocked efforts or legally required treatment or even pressure from families. But what is required, many said, is for the person to make the decision on their own.

“My personal opinion is they all want to (kick the habit)," said Gilbert. "They all don’t believe it’s possible. And I feel strongly that addicts probably don’t get up in the morning and say, ‘I’m just having the best time of my life, I can’t wait.’ … They truly feel stuck. They cannot visualize their life any different.

Erik Auzins, a licensed addiction counselor at St. Vincent Kokomo Trinity House, said in his first encounters with a person he tries to disarm them, and find some common ground. He likened his job to that of a coach, but at the same time, he wants the person to feel like they are on equal terms.

It’s important to establish trust, he said, and from there the conversation can move into treatment.

That treatment, said Auzins, is largely in a group setting and education-based. The education is no easy task either, because a major goal is frequently teaching “them how to live again.”

“What we’re trying to do is to teach them skills and behaviors that help them live life without the use of opiates, because one thing that’s important is, opiates … [they deal] with the body’s natural ability in dealing with stress and pain,” said Auzins.

With opiates easy to find and frequently in more potent concoctions, treatment can turn into a lengthier process, said Gilbert, as the person rediscovers how to feel pleasure, joy or happiness the way they did before drugs were introduced in their life.

Mental health treatment is closely tied to recovery efforts, as the topics frequently become intertwined with things such as stress management. Doyle said she works to identify other mental illnesses that may be compounding or contributing to the problem in an effort to seek necessary treatments in addition to any drug counseling.

‘Recovery does not mean perfection’

When Courtney Lawson tried to get off opiates, it took her six tries. Coincidentally, that’s how many doses of naloxone, the generic term for the life-saving opioid-reversal drug Narcan, it took to revive her after drinking a month’s dosage of liquid Dilaudid.

“So even if I have 10 years clean, I still have to continue the counseling, because if I don’t keep my mental health in check, drugs will be the first thing I run back to,” she said.

Her counselor at St. Vincent Trinity was Auzins, who, while carefully considering his words, said that relapse is a part of recovery.

“We always will be short of the mark,” he said. “The point is how we pick ourselves up and dust ourselves off.”

That notion is why Auzins said he likes to avoid blanket terms like “success” and “failure.” A misstep is a part of just about any process – and recovery is a particularly strenuous one, he said.

“It’s just like anything else. Like for those of us maybe we’re getting physically fit. There are times that we really get on it, but two steps forward and one step back. Well, in their world, it’s the same thing.”

When she would slip up, Lawson said, it didn’t mean that she slid all the way to square one. She still had the information she learned in counseling, and she had more experience about things to avoid, and personal demons that she would have to find new ways to fight.

What does it feel like to use ... and withdraw?

“For first-time users, [using heroin] isn’t always pleasant," according to the American Addiction Centers. "A report from PBS suggests that novice heroin users often grow nauseated when the drug takes effect, and some even vomit. That’s because heroin can work directly on the digestive system, slowing down processes or stopping them altogether. Experienced users may grow accustomed to these sensations, but for new users, they’re deeply unpleasant.

“Sometimes, novice users choose to switch to a different drug, simply because they dislike feeling queasy and nauseated. But those who push through the digestive woes and try the drug again may experience deep-set brain changes that are nothing short of transformative.

“A user typically feels warm, relaxed and deeply happy. Users often report that the sensations are similar to those felt during a satisfying sexual episode, but they last much longer and are much more intense.

“That sensation can drive people to use the drug again, as people may want the bliss back. The brain cells manipulated by heroin can also be damaged by the exposure. Those cells may be unable to produce chemical signals of pleasure in the absence of heroin, and they may call out for a heroin correction. That’s the seed of addiction, and it can be planted with just one hit of heroin.”

“For someone who didn’t abuse heroin in massive doses for months or years, withdrawal may be more tempered and not last as long.”

It’s like the old adage goes: There are things you can learn from losing that you never learn from winning.

“Recovery does not mean perfection,” said Doyle. “These are hard addictions to break and since the beginning of AA, we talked about changing your people, places and things, but if substance abuse disorder is generational in your family, which frequently it is … are you going to cut off your whole family? Are you going to cut off everyone you know? … So, it is challenging not to have a setback.”

As Gilbert said, frustration can boil over when a person wants to feel emotions normally but can’t, prolonging the recovery.

Doyle said people reveal to her frequently that opiate use becomes less about the high for many, and more about avoiding the terrible side effects of withdrawal. That’s something Lawson knows about personally.

“Going through heroin withdrawal is one of the worst feelings I’ve experienced in my life. It’s like a flu that no one can imagine,” said Lawson. “I am terrified of withdrawal. I have said that the only thing in this world that I think could even remotely cause me to relapse would be ever having to experience withdrawal.”

She would check herself into inpatient care at Trinity during each of her recovery attempts; at least that way her withdrawal symptoms could be treated.

Relapse prevention would then become a large part of recovery efforts, she said. Things like identifying and avoiding triggers like the people she associates with, places she goes and things she does.

Here are some public comments posted to the Kokomo Tribune’s Facebook page regarding a story about two people who overdosed next to the Wildcat Creek and were revived with Narcan:

“Should just kicked them in the creek, no tax payer dollars spent. Just that to retrieve the bodies. No sympathy for idiots who inject battery acid.”

“Ugh…if they want to be stupid let god sort them out. They’ll just do it again.”

According to Doyle, labels have a tendency to stick.

“I’m very anti-stigma. I’m very anti-label, so anytime somebody comes in and says, ‘Well, you know I’m an addict,’ I say, ‘No, you’re a person with an addiction.’ Because you’re a person first, and I think that gets lost in the media too. These are still people, and they’re people struggling, and we have to identify why are you struggling,” she said.

Opioid addiction is a physical and psychological problem, said Auzins, and a lack of understanding of its complexity can lead to a “suck it up, buttercup,” mentality.

So what difference would be made if social stigma were to be magically erased?

“This is just my opinion," said Auzins, "but I think it would make all the difference in the world."

Recovery proves to be lifelong focus after battle with addiction

Editor's note: This is the fourth in a six-part series on the drug crisis in the local community. This week: Treating addiction. Next week: Dr…