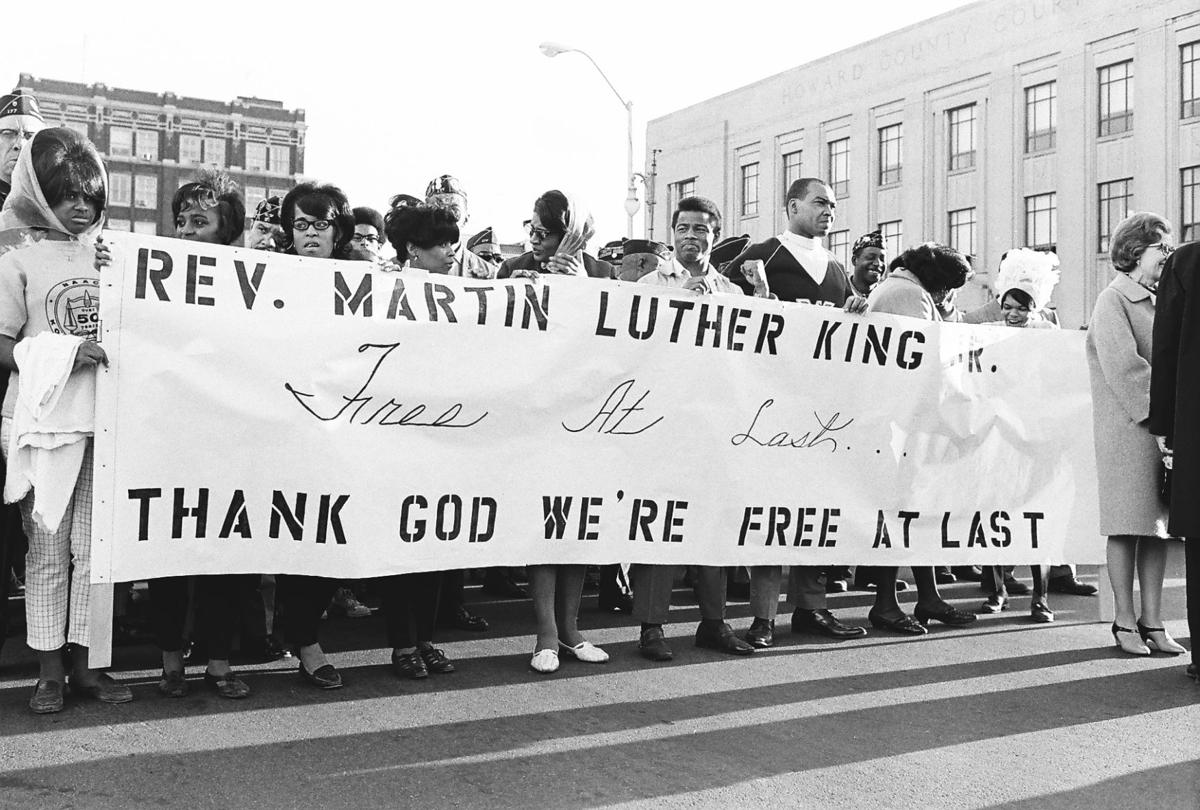 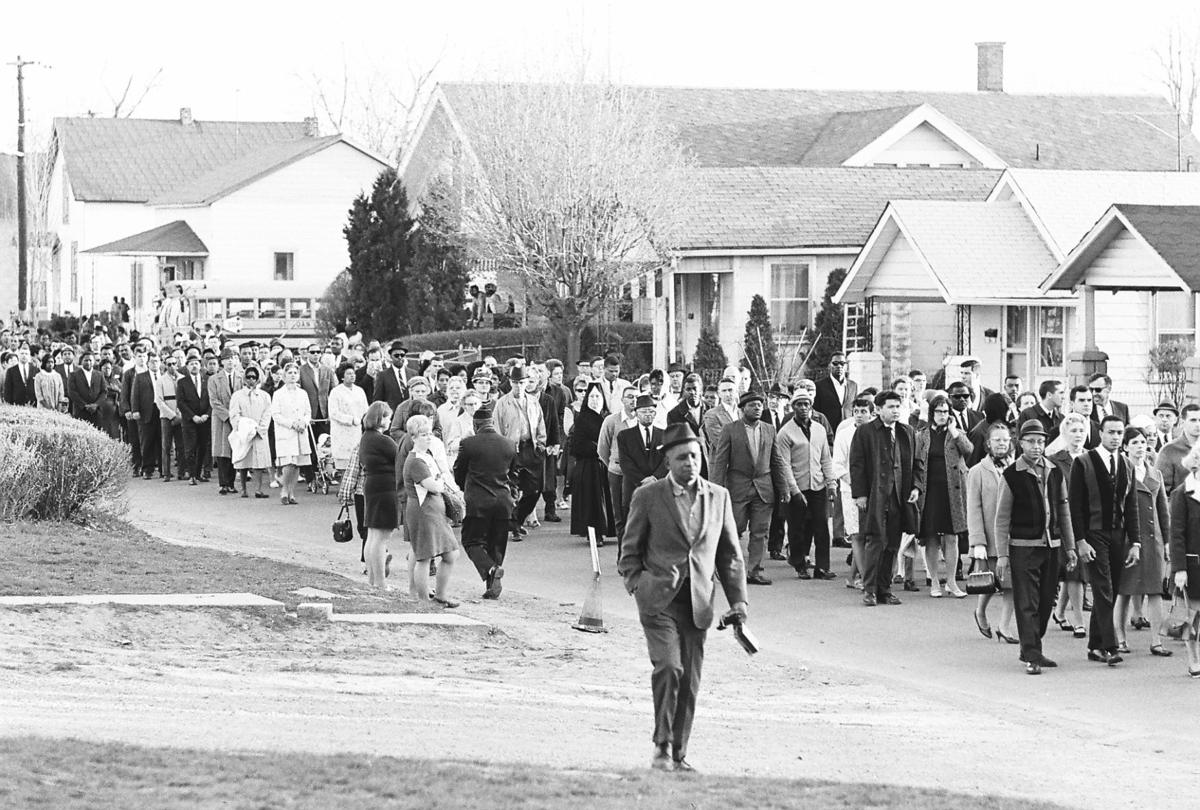 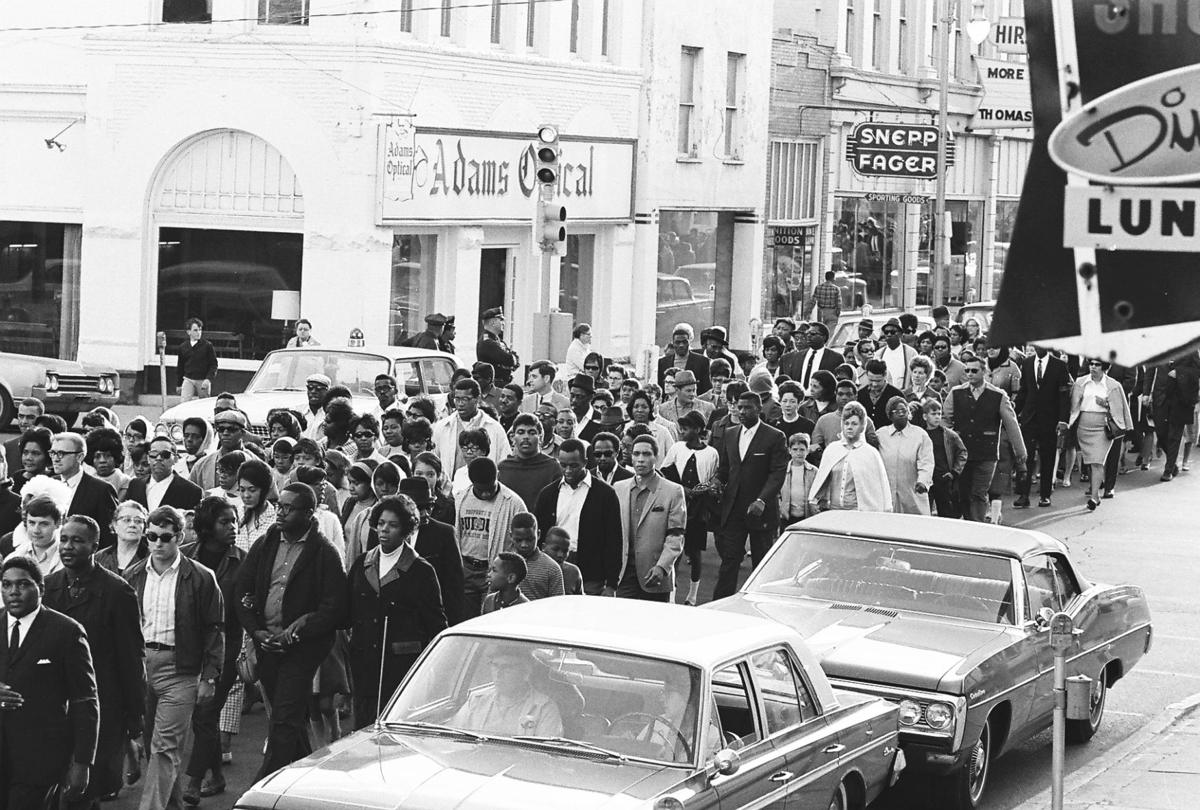 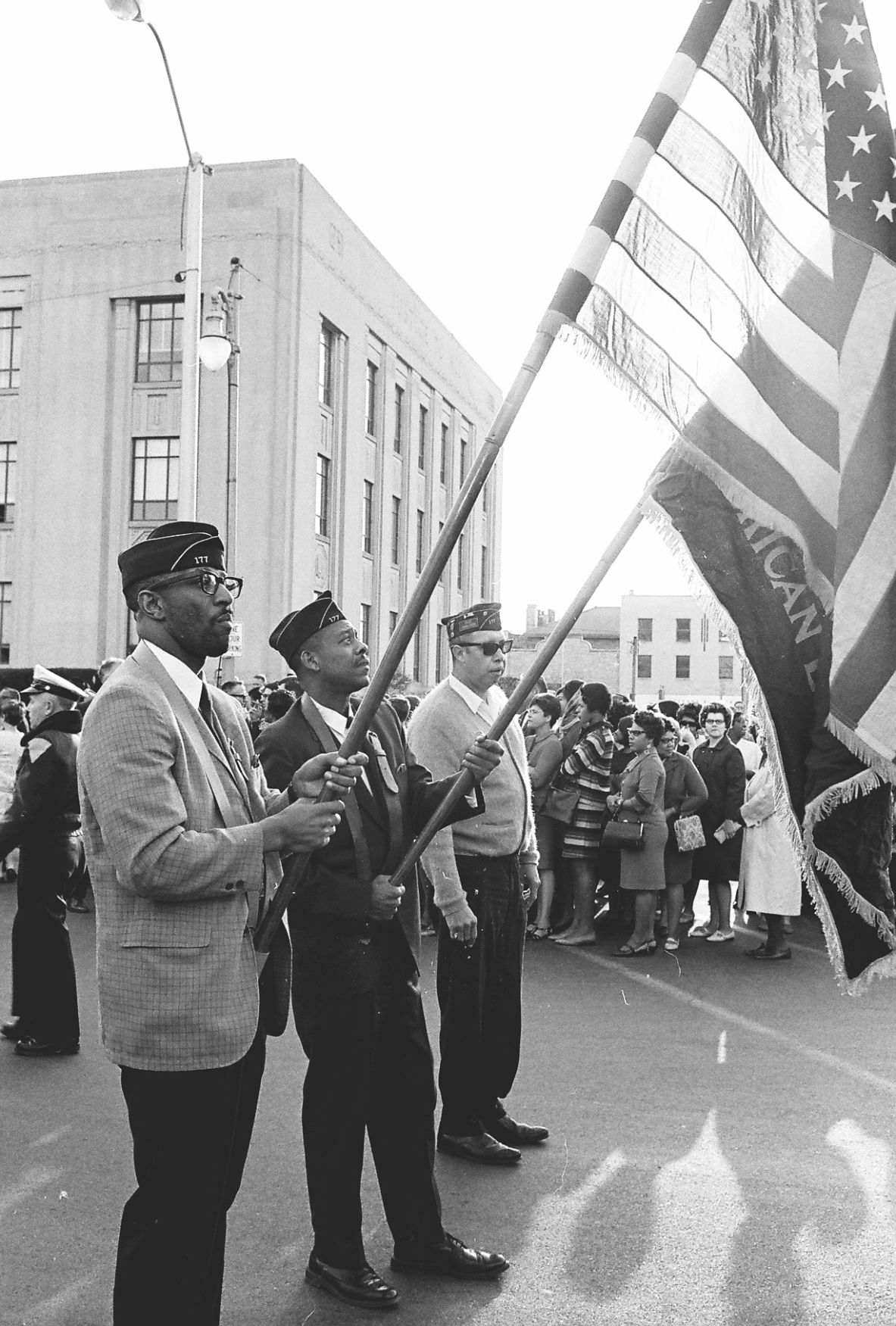 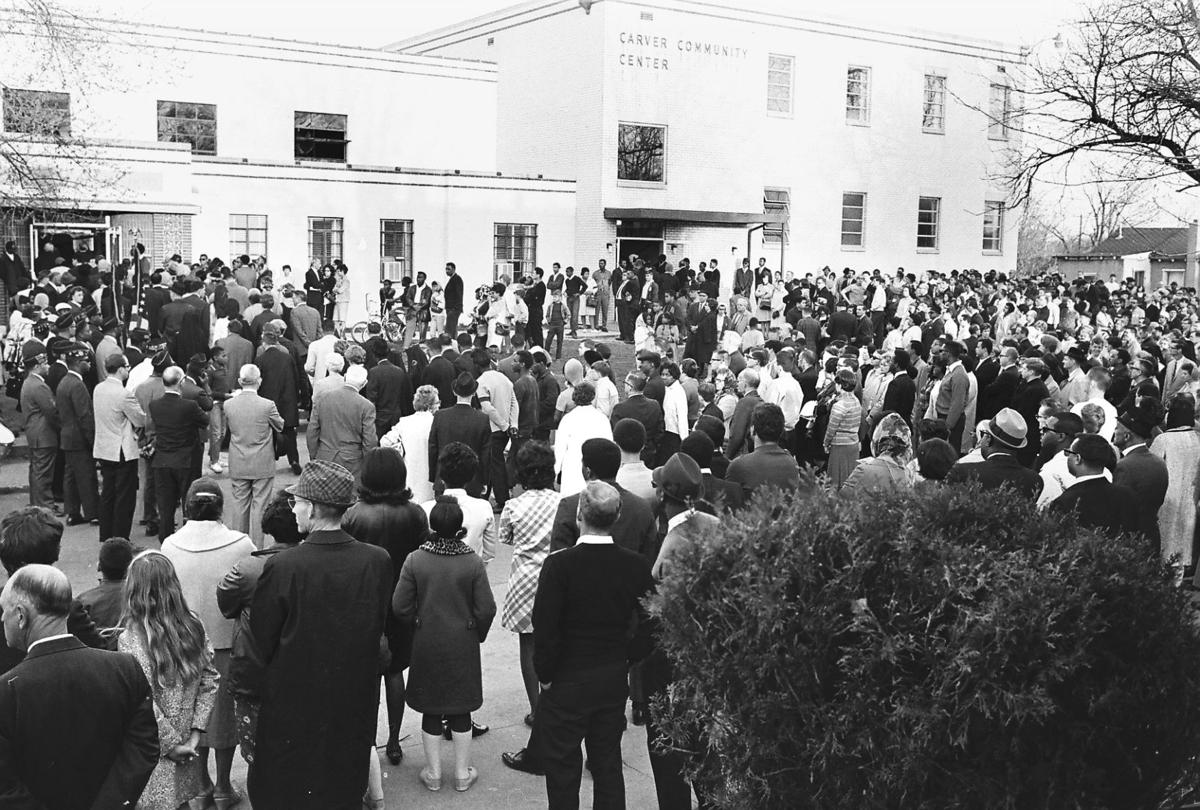 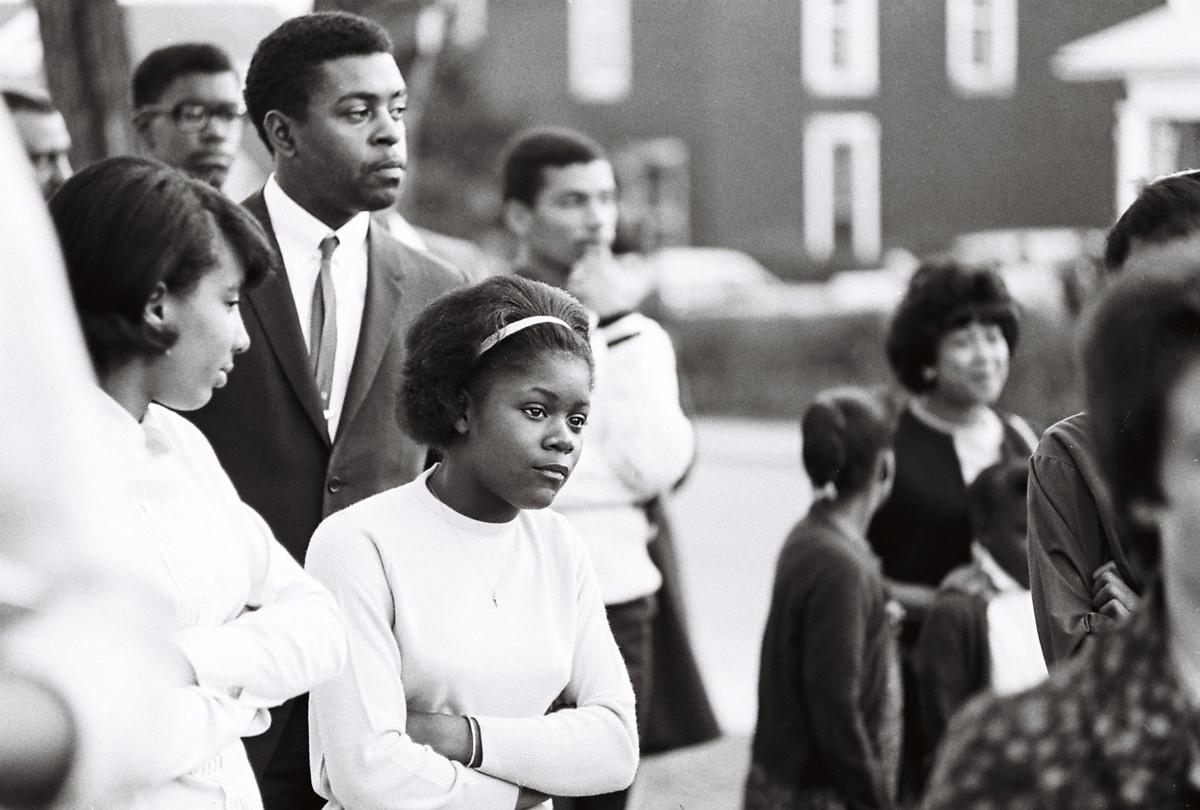 Editor's note: Throughout each quarter of 2018, the Tribune is taking a look back 50 years ago at the same quarter in the tumultuous year of 1968, and events that took place locally, nationally and internationally. To read the first quarter coverage, click here.

The two events marked one of the most turbulent times in modern U.S. history, and it all happened in just a three-month span.

Those three months also included race riots in cities around the country and protesters marching on college campuses against the Vietnam War.

The unsettling times left their mark on Kokomo, which responded in its own unique way to the cultural upheaval unfolding across the nation. The city was also put in the national spotlight when Kennedy stopped in Kokomo during a campaign blitz around the state.

Here are some of the most significant events that took place in Kokomo 50 years ago from April to June, highlighting how the city reacted to the events of the day.

Kokomo residents respond with surprise, shock and disappointment following President Lyndon Johnson’s announcement the day before that he would not run for a second term in office. The Kokomo Tribune reports, “As for his successor in the Democratic Party, most persons interviewed in Kokomo said without hesitation they thought it would be Sen. Robert F. Kennedy (D-N.Y.).”

The city’s black community invites white residents to share their grief in the wake of the assassination Rev. Dr. Martin Luther King Jr. in Memphis, Tennessee.

“The most helpful thing the white community can do right now is to share with us the loss we feel over the tragic assassination of Dr. King,” the Rev. Charles M. Curry, pastor of the Wayman AME Church and president of the Howard County Ministerial Association, tells the Tribune.

More than 2,000 people march in silent commemoration from the courthouse to the Carver Community Center to honor King. Hundreds pack into the center’s gym for a service in which residents sign pledge cards calling for the community to support equal opportunity in housing, employment, education and social recognition.

Kokomo Mayor John Miller tells the crowd, “I hope and pray that all prejudice will be struck from this community.”

City Council gives initial approval to an open housing ordinance that eliminates discrimination in the sale and rental of housing based on race, color, religion, ancestry or nation origin. Mayor Miller had called on council to approve the ordinance during the memorial service for King at Carver Community Center.

Three men are killed at then-Bunker Hill Air Force Base after their B-58 Hustler crashes and burns on a runway. Base officials said the crewmen were on a routine training flight and the $8-million aircraft was not carrying any weapons, although it was capable of carrying nuclear weapons.

An estimated 5,000 people pack around the courthouse to hear Sen. Robert Kennedy give a brief speech during one of his many campaign stops in the state leading to the presidential primary election. Most of the crowd is made up of young people.

“Squeals of glee and shrieks of ‘Bobby’ pierced the air as the candidate dismounted from his convertible, a full hour behind schedule, and accompanied by his wife, Ethel, and three of their children, as they wormed their way through a sea of youth,” the Tribune reports.

Presidential candidate Sen. Eugene McCarthy, D-Minn., is greeted by around 100 people during a campaign stop in the city following the mob that greeted Bobby Kennedy the day before. McCarthy speaks during a reception at a local residents’ house.

Sen. Robert Kennedy rolls to a smashing victory over the two other Democratic contenders for U.S. president in the Howard County primary elections. The primary draws a record turnout, with 18,310 votes cast in the county. Kennedy’s “famous name and his blitzkrieg campaign” carry him to easy win with 4,035 votes, the Tribune reports.

Bunker Hill Air Force Base is officially renamed Grissom Air Force Base in honor of Hoosier astronaut Virgil I. (Gus) Grissom, who was killed in a space vehicle fire on Jan. 27, 1967. More than 43,000 people, including civil and military dignitaries, attend the renaming ceremony at the base, which is the only active Air Force installation in Indiana at the time.

City council approves the third and final reading of the open housing ordinance eliminating discrimination in the sale and rental of housing based on race, color, religion, ancestry or nation origin.

The community gathers at Highland Park on Memorial Day to remember the 21 men with a Kokomo connection who had been killed in Vietnam or Korea over the last four years. The event is organized by Mayor Miller to “call attention to the sacrifices being made by the young men who have served.”

At the time, 280 local men are serving in either Vietnam or Korea, according to the county veterans service officer.

“Once again the nation grieves,” reads a front-page editorial on the Kokomo Tribune. “ … In disbelief that such madness is possible in America, the country mourns Sen. Robert F. Kennedy.”

The editorial calls for stricter penalties for violent crimes to deter assassinations from happening.

“About the only chance to combat this most cowardly of crimes is to make punishment so certain and so severe that would-be assassins will check their homicidal impulses. … If we are guilty of anything as people, we are guilty of easy tolerance of violence.”

An estimated 160 people march in Kokomo in a procession in memory of Bobby Kennedy. The march begins at the courthouse square, where Kennedy spoke on April 23, and moves to the IU Kokomo campus, where a memorial program is held in Havens Auditorium.

A massive fire destroys five buildings in downtown Greentown, causing an estimated $100,000 in damage. The fire is believed to have been started by defective wiring or an air conditioning unit inside Utterback’s Sundries, located at the corner of Meridian Street and now Indiana 22. The blaze also destroys the Highway Café, Mallot Jewelry, Hudson’s Barber Shop and the Elliott Insurance Agency.

For a look at some of the events that took place from April to June 1968 nationally and internationally, see page A11.

Editor's note: This is the third in a quarterly series about local events in 1968, which was 50 years ago. For a look at national events in 19…