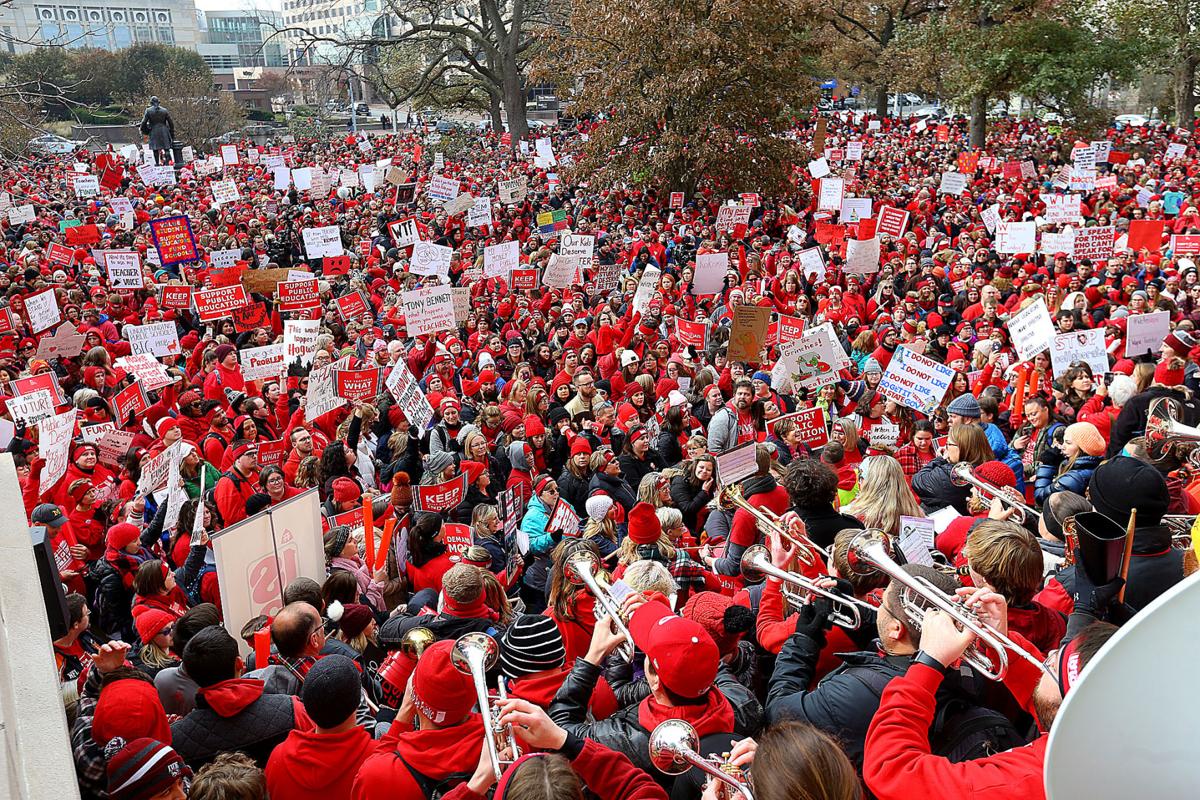 About 15,000 educators gathered at the Indiana Statehouse in Indianapolis on Tuesday Nov. 19. The gathering on the south side was highlighted by an address from Keith Gambill, president of the Indiana State Teachers Association, followed by a march through downtown. Then, about 6,000 gathered inside to continue the rally as the state legislature met. 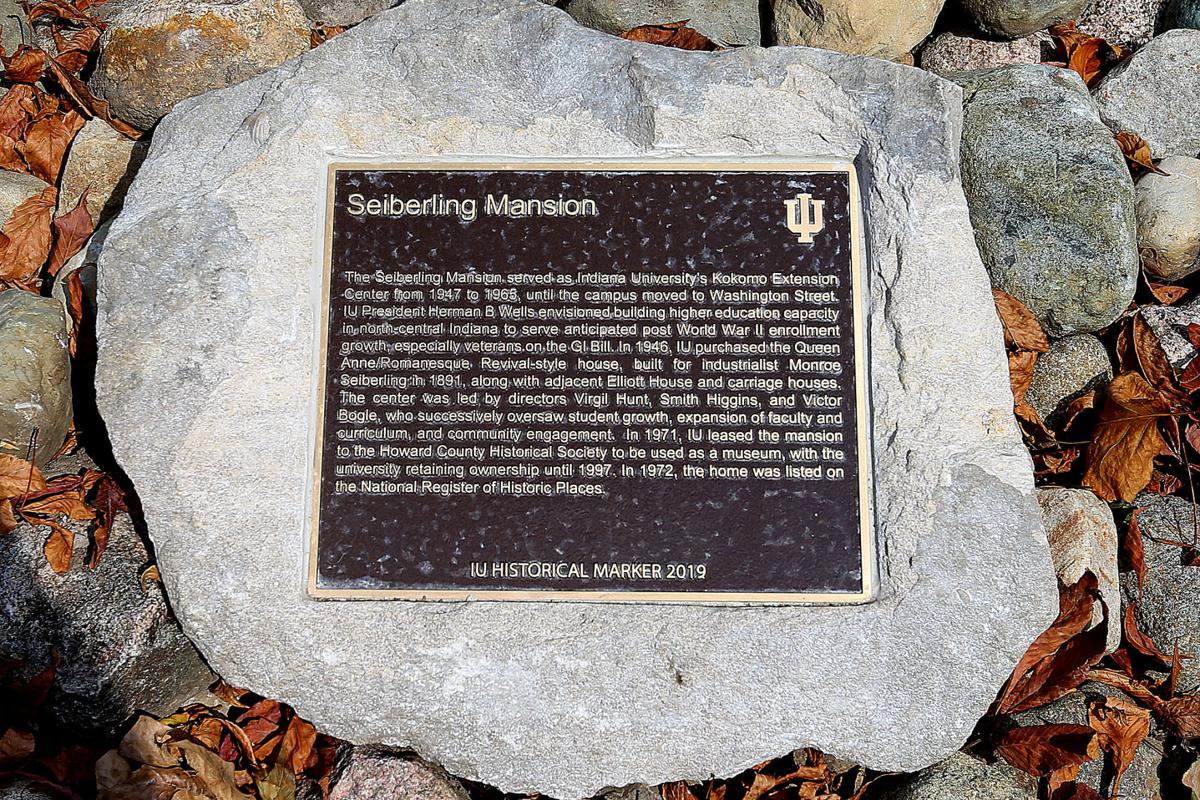 The new marker at the Seiberling Mansion, the home of Indiana University Kokomo for 20 years, is seen on Sept. 16, 2019. 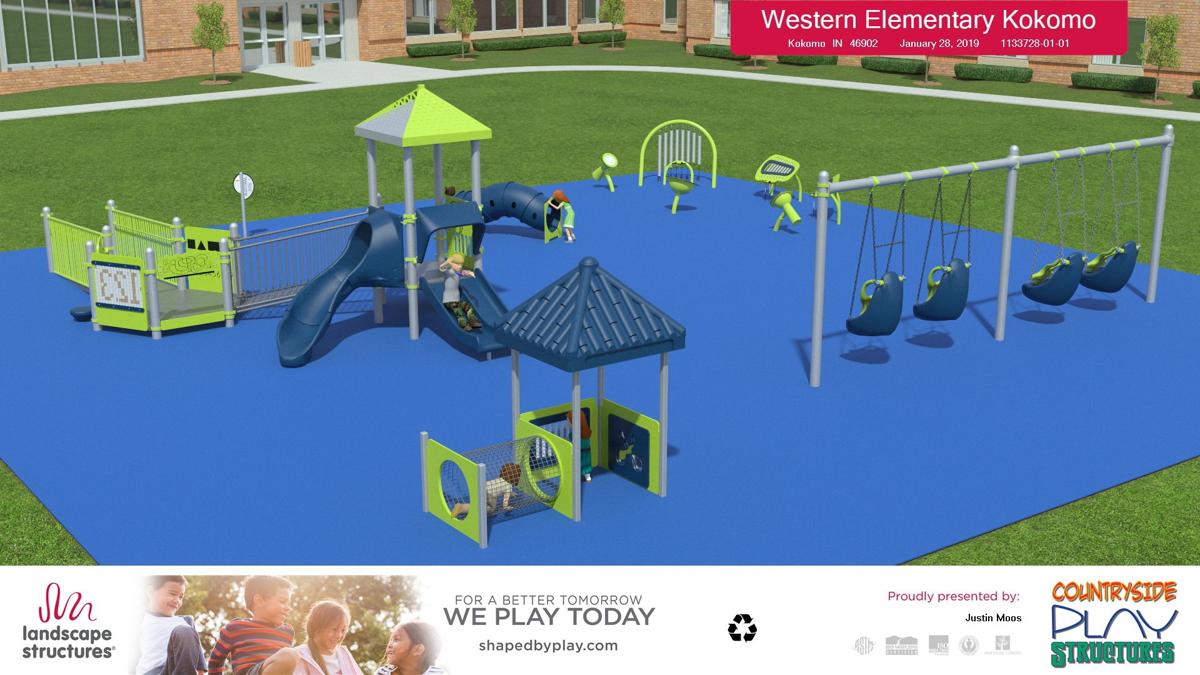 About 15,000 educators gathered at the Indiana Statehouse in Indianapolis on Tuesday Nov. 19. The gathering on the south side was highlighted by an address from Keith Gambill, president of the Indiana State Teachers Association, followed by a march through downtown. Then, about 6,000 gathered inside to continue the rally as the state legislature met.

The new marker at the Seiberling Mansion, the home of Indiana University Kokomo for 20 years, is seen on Sept. 16, 2019.

Editor’s note: This is the fifth in a series on the top local stories in 2019. Today: Education.

From rallying at the Indiana Statehouse to the controversial ILEARN test, 2019 was a year where education was as the center stage of hot button issues and many local educators joined together with others to raise their voices. In Kokomo, it was a year of growth and remembrance as local education hubs began renovations and additions.

Here are the top five education stories of 2019

Several thousand teachers rallied at the Indiana Statehouse Nov. 19, to call for better pay and more respect from the state government in a protest that closed more than half of the state’s school districts for the day.

Educators from Howard, Miami and Tipton counties attended the rally. They were part of the 15,000 who showed up.

Western math teacher Chris Tuberty, along with second-grade teacher Kelly Tuberty, felt compelled to attend the rally because they feel legislators are steering away from what’s best for students and hope the rally educates the public on what’s at stake besides just teacher pay.

“We do need to attract good teachers out of college … but it is so much more,” Chris Tuberty said. “From state testing to the demands put on by the state, opportunities taken away from us as educators, not allowing us to make decisions on what’s best for our corporations and our classrooms.”

At the rally, teachers chanted, “Fund our schools,” and “Put kids first,” as hundreds of them lined the entrances to the Statehouse, many holding handmade signs with sayings such as, “Less Money on Testing, More Money on Students.” Teachers with marching band instruments played “We’re Not Gonna Take It” from the Statehouse steps.

“They’re not listening to the experts, who are us,” she said. “Hopefully this is a wake-up call to them that we’re tired of talking when nobody seems to be listening that has the power to make the changes.”

Kokomo Teachers Association President Nicole Fain Mundy said educators are fed up, citing urban schools and small rural schools as those which have been hit hard with lack of funding. She said she’s tired of lawmakers under-funding educators and said salaries are not keeping up with inflation, the cost of living and the cost it took to get the degree in the first place while expecting more and more.

“You can’t keep taking from us,” she said. “We should be able to support our families without being worried about money and having second [or] third jobs.”

Fewer than half of Indiana students met expected achievement levels on the state’s new standardized test, leading the state’s top educator to renew her call for changes on how those results are used for rating schools and teachers.

State schools Superintendent Jennifer McCormick said the two exams aren’t comparable, as the new test covers some different material and uses tougher standards for determining whether students are making sufficient progress as they advance through grade.

More than half of Indiana’s schools would receive D or F ratings if the state Department of Education used the new test results to produce those ratings, she said. About 15% of schools received such ratings based on last year’s ISTEP exam.

The ILEARN results showed that 37.1% of students met or exceeded standards on both the English and math exams. White students met standards of both exams at a 43.3% rate — far ahead of the 14.8% of black students and 24.2% of Hispanic pupils. Students who qualify for free or reduced-price meal programs had a 22.9% proficiency rate on both tests, compared to the 50.9% for children whose families had better incomes.

ILEARN is computer adaptive, meaning questions change depending on whether a student answers a previous question correctly. State officials have said it will assess a student’s abilities better than the ISTEP, which gave all students the same questions.

Keith Gambill, the head of the state’s largest teachers union, said he believes legislators are placing too much reliance on how a third-grader performs on a single test to rate the effectiveness of schools and teachers.

“It’s this fallacy of this one-stop shop, that this one thing will do everything and the test simply isn’t constructed to do that,” he said.

The Seiberling Mansion was the home of IUK from 1946-1965 prior to the current location on Washington Street.

The unveiling was preceded by a garden party that featured speeches and anecdotes from multiple guests including Dr. Ted Grayson from the first class of IU Kokomo; Herb Miller, who taught in the 1940s; Bill Hunt, IU Kokomo associate professor of history; Sarah Heath, and Seiberling historian Dave Broman.

IU Kokomo senior and history major Hannah Bourne works in the office of University Advancement and was part of the marker process by helping to compile applications to gain important recognition for significant figures and locations in IUK’s and IU’s history.

“It is really special because IU Kokomo has had a massive impact on my life,” Bourne said. “I felt like it has developed me as a person and taught me some vital skills I will use moving forward into my career. To have some sort of mark, even a small one, on the history of the campus is special to me.”

“This has been a large part of my life at Indiana University,” she said. “Coming here today to reflect on our past and to think about all that has transpired in those 75 years is overwhelming a bit.”

“I know that this campus is just a huge resource for the community, so it was great to see people from way in the past to people who have recently graduated from our institution.”

In addition to the ceremony at the mansion, IUK has hosted many events in honor of the Kokomo Campus’ 75{sup}th{/sup} anniversary such as a volleyball tailgate, community picnic and a community event at Tin Man Brewing.

As IUK looks to the past, the university also has eyes toward the future. Currently a new Event center and gym is being built on the campus. According to IUK Director of Physical Facilities John Sarber, the new area will be able to seat 1,100 during games and another 1,100 when being used as an event center.

IVY Tech’s Kokomo campus has been undergoing a massive renovation project through 2019 with work scheduled to continue into 2020 on the $43 million transformative project.

Part of the largest project the local campus has ever undertaken, the school was well on its way to completing the first phase of the project in May as crews near the end of extensive renovations in the 40-year old main building and continued construction on the two-floor Health Sciences and Nursing building.

“It’s nothing short of a true transformation,” Ivy Tech Chancellor Dean McCurdy said of all the work done to the campus.

Overall, the project in its entirety will see the renovation of more than 200,000 square feet of building space into new classrooms serving more than 100 programs at the campus.

McCurdy looks forward to the overhaul to give students their education in one place and provide on-campus places for students to stay between classes. He said the college had grown so fast for so long that they would acquire space opportunistically. Previously the college had various locations in town such as the main campus and the Inventrek building as locations for classes, this led to some hassle for students trying to get across town to class.

“This transformation project gives us the opportunity to completely rethink how we’re offering our educational programs here,” he said. “You’ll see that we have out health care programs located together.”

In September, McCurdy said the goal would be to have all the work complete during fall of 2020.

In October, Western School Corporation’s $120,000 goal for its inclusive playground project was met.

Money had been raised for the playground in many ways. Events like softball clinics, softball tournaments, a karate kick-a-thon and a Down Syndrome awareness buddy walk have been successful efforts. There was also a campaign earlier this year where community members could put flamingo lawn ornaments on other people’s lawns for a donation. The campaign raised over $7,000 for the playground.

The need for the playground began when Western started taking in students as part of its Kokomo Area Special Education Cooperative (KASEC) program.

Western Primary gym teacher Tricia Harlow, who spearheaded the project, said kids with balance issues, instability, those who use braces or are in wheelchairs had issues getting to the current playground.

“If we’re going to take in these kids I feel like we need to make sure that we are doing our best to make sure they have what they need to be successful,” Harlow said.

The playground is designed for inclusion and allows the general education students to join those in KASEC for play. This idea will be realized through fixtures like a friendship swing. a sit n’ spin accessible to wheel chairs and an accessible slide.

A rubber surface called Pour’n’Play serving as the base of the new playground and will help provide a sturdier ground to walk on instead of mulch.

Currently the hope is all the equipment will be purchased by January with the intent of having as much set up as possible during the winter. Spring is the target date for the Pour’n’Play to be poured.