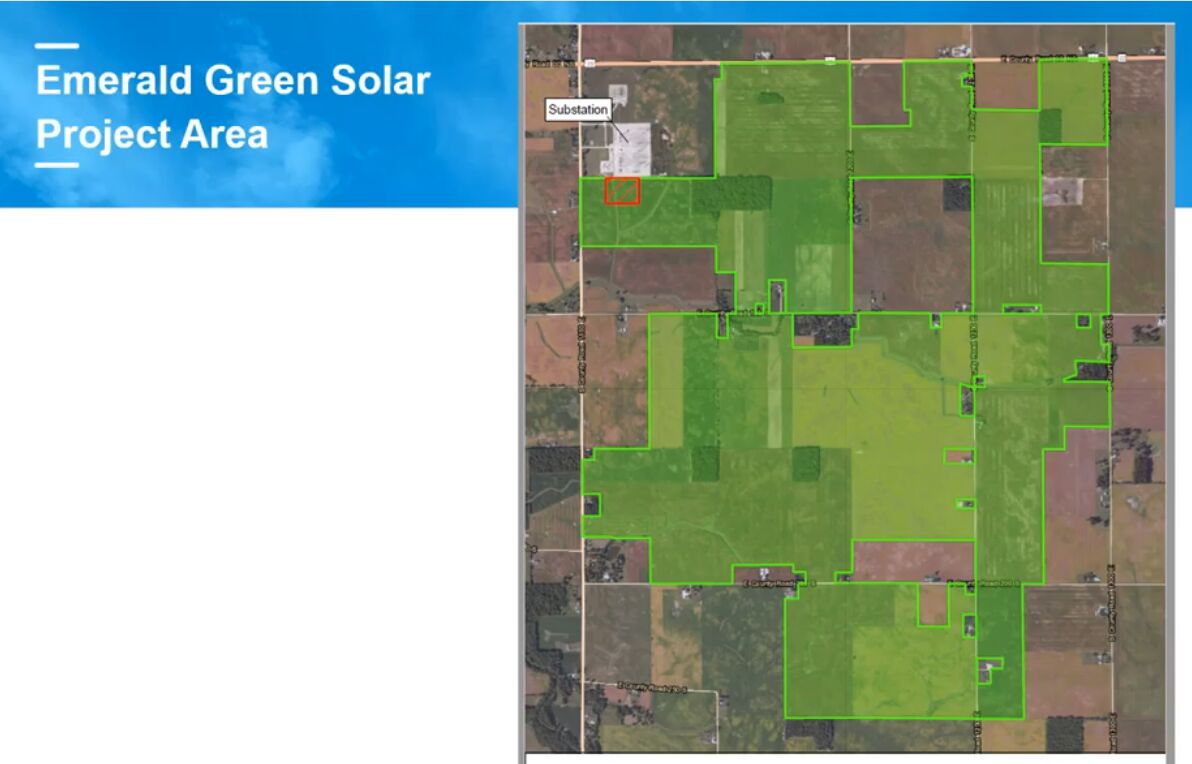 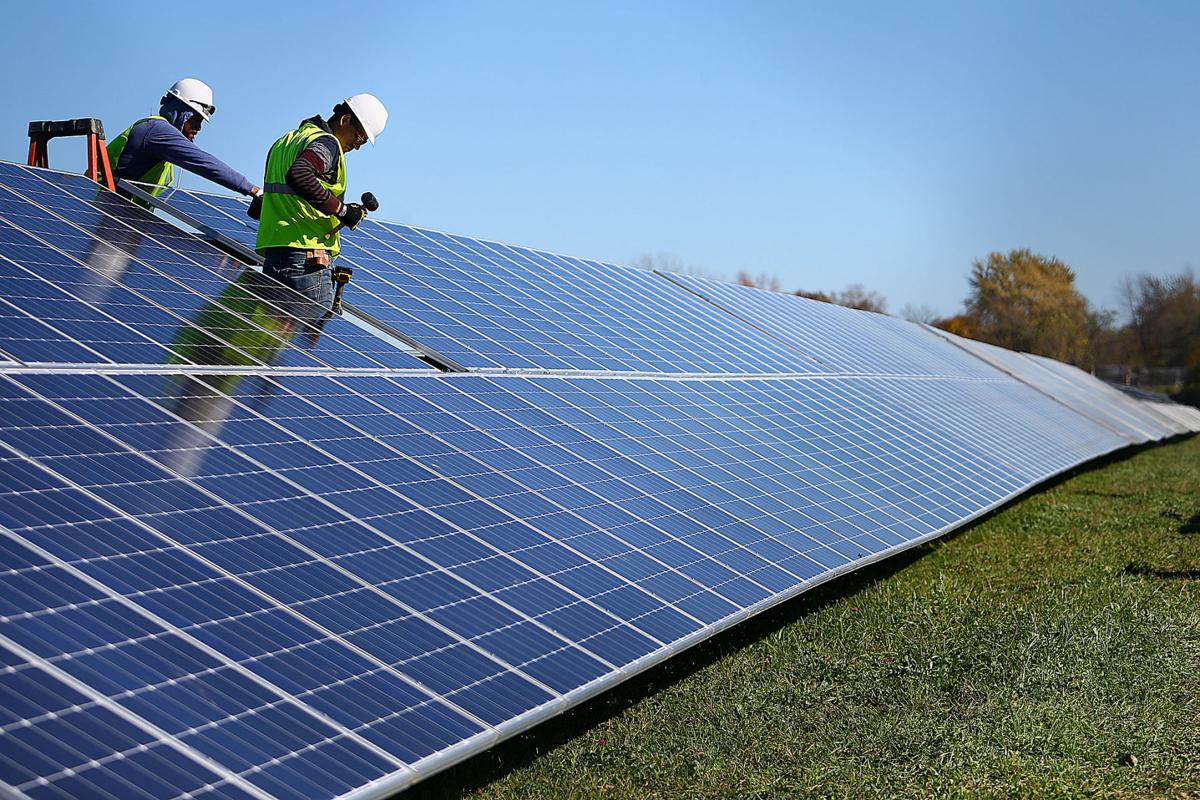 Workers place panels at a solar park at the old Continental Steel site, at the corner of Park and Markland avenues in Kokomo, on Thursday, Nov. 10, 2016.

Workers place panels at a solar park at the old Continental Steel site, at the corner of Park and Markland avenues in Kokomo, on Thursday, Nov. 10, 2016.

GREENTOWN – The electric utility company looking to bring a solar farm to eastern Howard County is holding an open house next month to discuss the project with the public.

ENGIE will hold the event from 6:30-8:30 p.m. Thursday, Aug. 6, at the Kokomo Event and Conference Center, 1500 N. Reed Road. The event will be a chance for the community to “hear from our project’s developers on how the Emerald Green Solar Farm will benefit Howard County and its residents,” according to the event page.

The proposed 2,000-acre solar farm, if it receives governmental approval, will be built east of Greentown, south of U.S. 35 and mostly east of Duke Energy’s Greentown substation and will generate 200 megawatts of electricity.

ENGIE is planning on running the solar farm for 30-40 years. During that time, the company estimates the solar farm will generate an additional $30 million in tax revenue for Howard County, including $19 million for the Eastern Howard School Corporation, over the project’s lifespan. After the project is over, ENGIE said it will remove the solar panels and make sure the land can be used for agriculture again.

Since early 2020, an organized opposition often wearing bright red shirts that read “Stop Big Solar” has attended most county commissioner meetings to voice their disapproval of the solar farm project. The project still has to go through a handful of public hearings and rezoning approval by the commissioners before construction can begin.