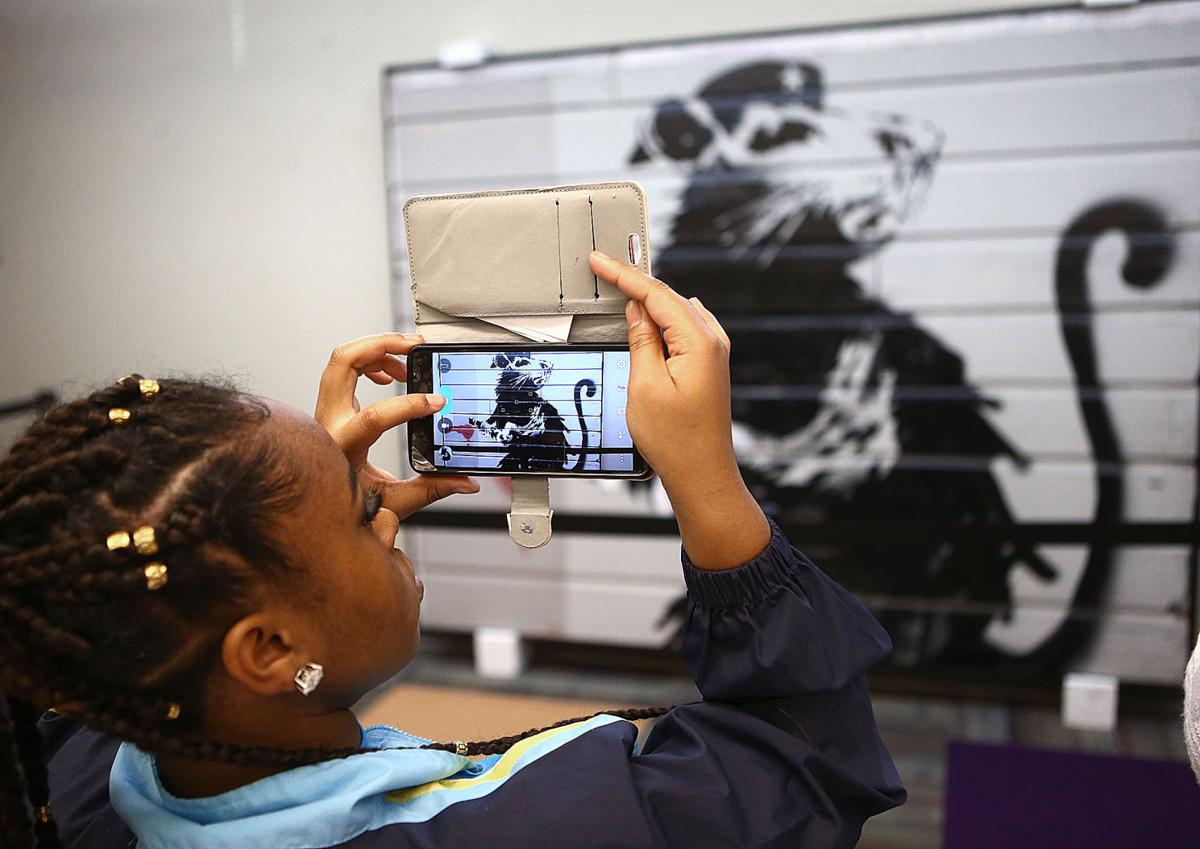 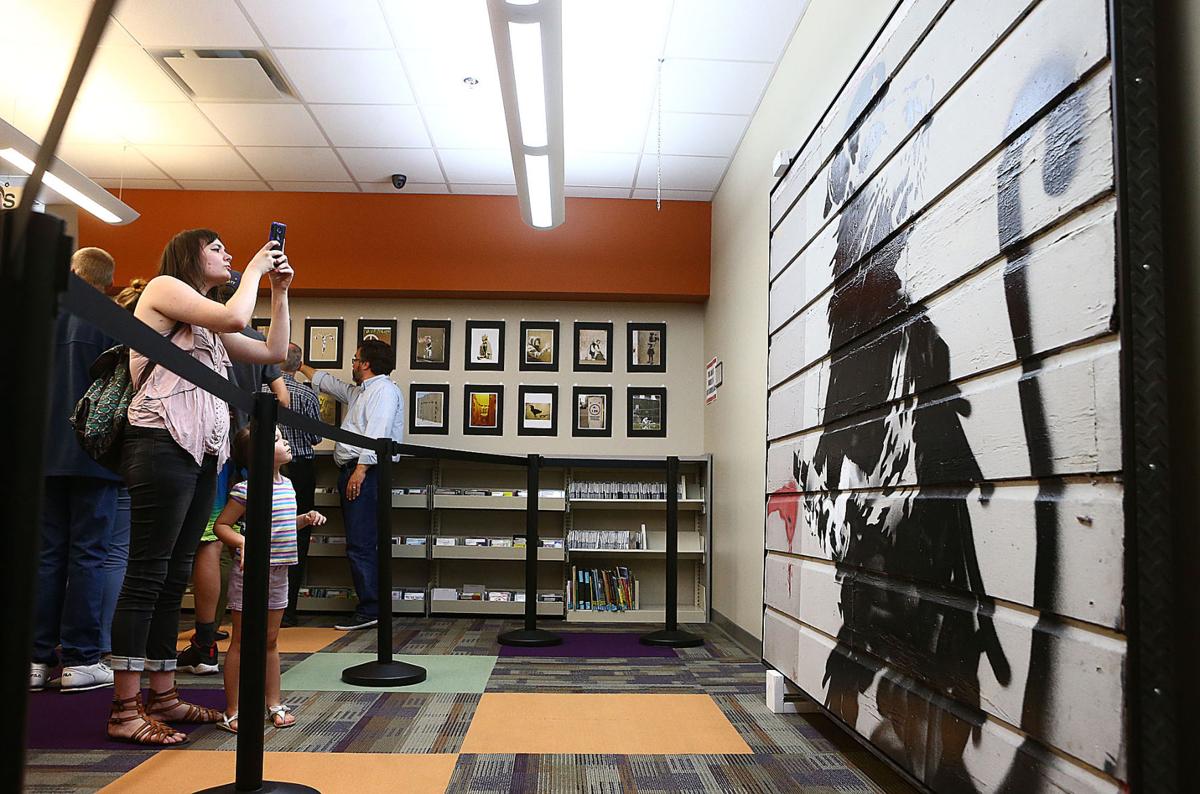 “Haight Street Rat,” created by the street artist Banksy, was unveiled at the downtown Kokomo-Howard County Public Library on Friday. It is thought to be the first library in the world to display an original Banksy, about whom little is known but whose work has earned a reputation around the world.

During the unveiling, a line stretched from the artwork to the library’s back door as people waited excitedly to see the piece. Students, Kokomo residents and even people from outside the area visited to see it.

Mike Kraner heard about the showing through social media. He said he appreciates the art Banksy makes.

Ariel Pease and her mother, Sallie Pease, also attended the event. Sallie Pease, a librarian in another city, said she was excited to see the Kokomo library hosting the piece.

“I think it’s awesome,” she said. “It sends a message. It makes people think.”

Zhana Leonard, a freshman at Kokomo High School, attended the unveiling to earn extra credit in her art class. She said her teacher talked with the class about Banksy and his work, and the class watched “Saving Banksy” together. They talked about the ethics of saving work that is considered vandalism and created on the street.

For some in the audience, those ethical questions weigh more heavily.

“It’s interesting, the moral ambiguity of this artwork,” said a man who preferred to identify himself only as D.J. “You have this private property aspect. It’s illegal and dangerous to do it.”

D.J. said he respects Banksy’s work, but he questioned the idea of celebrating it with this kind of unveiling and praise. He said he has gotten in trouble for spray painting, and added that if a child were caught spray painting outside the library, they’d likely be arrested.

“But good artwork should make you question,” he added. “It’s just not cut and paste.”

The library was able to procure the piece after Branch Assistant Trina Evans watched “Saving Banksy” and reached out to Brian Greif, the art collector who owns it.

“Saving Banksy” details Greif’s efforts to take down and preserve the piece, lending it to locations that agree to display it free to the public. The documentary explores the phenomenon that is Banksy and the ethics of preserving street art that is both illegal and not necessarily meant to be preserved or sold.

“Haight Street Rat” will be on display at the library's downtown branch until Sept. 15, and the library has a variety of programs surrounding the artwork. For more information, visit khcpl.org.

After spearheading the efforts to bring the Nature Explore Outdoor Classroom, Girls Who Code program and Banksy Booked exhibit to Kokomo-Howar…