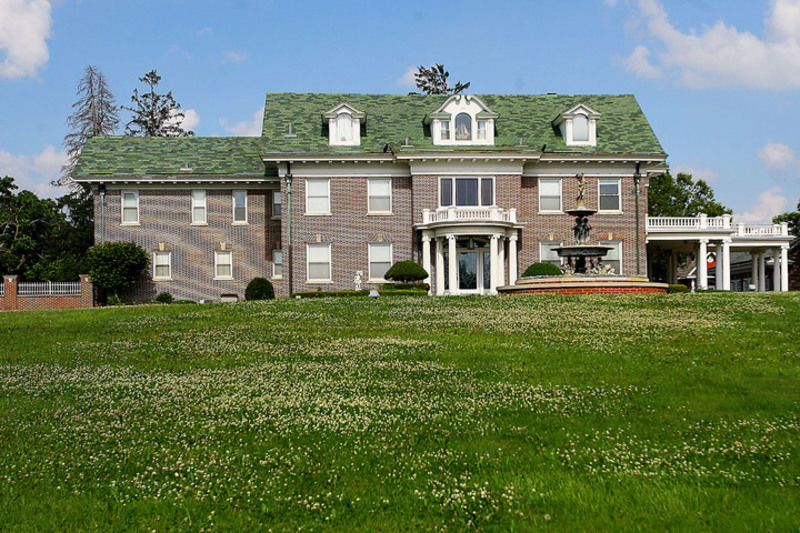 Carriage Manor Estate, also known as the Wallick Mansion, in Miami County is having an estate sale this weekend. Thousands of items, including antiques, are for sale. 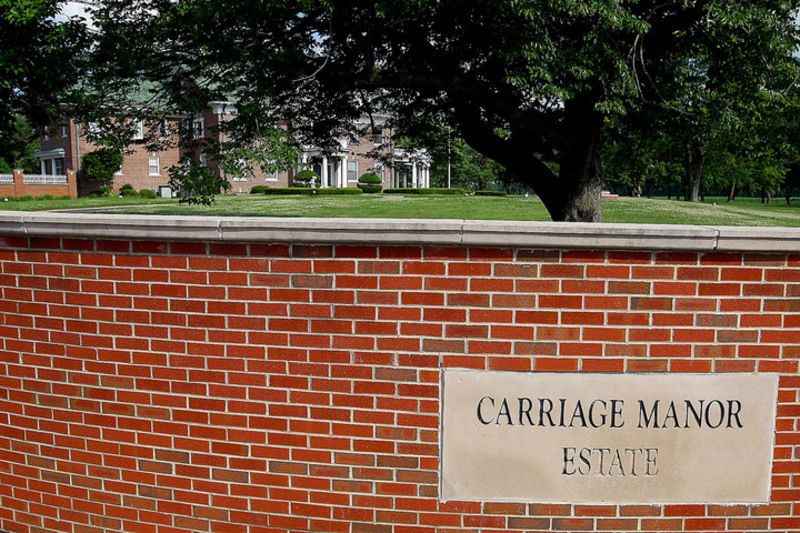 STATELY: Carriage Manor Estate in Miami County is possibly the most expensive piece of property offered for sale at this time in Indiana.

Carriage Manor Estate, also known as the Wallick Mansion, in Miami County is having an estate sale this weekend. Thousands of items, including antiques, are for sale.

STATELY: Carriage Manor Estate in Miami County is possibly the most expensive piece of property offered for sale at this time in Indiana.

PERU – Call it the estate sale of the century.

Thousands of items from inside the historic Carriage Manor Estate, known locally as the Wallick Mansion, are up for grabs during a three-day sale this weekend.

The multi-level mansion is packed wall-to-wall with beautiful historical artifacts, fine art and antiques. That’s mixed together with a hodgepodge assortment of other items ranging from the everyday to the decadent.

Located on a sprawling 145 acres with two huge ponds, the property at 3413 S. Wallick Road just south of Peru boasts a 13,000-square-foot mansion, a 2,500-square-foot business office and a 5,300-square-foot guest home and auto pavilion big enough for eight cars and a motor coach.

The three-story mansion, which contains 11 rooms, 11 full bathrooms and seven bedrooms, was originally built in 1926 by local business tycoon Rutherford Wallick — the namesake of the road that bisects the property.

Wallick made his fortune as the founder and owner of American Stationery based in Peru, as well as a side business growing nuts and fruit on the acreage around the mansion.

Now, the mansion is on the market, and almost everything inside it is up for sale this weekend.

That includes antique furniture that has been in the house since it was built, along with one-of-a-kind billiards table that could probably be a museum piece.

There’s a grand piano, workout equipment from the in-house gym, an ATV, the mounted head of a sable antelope, a rug made from a zebra, paintings, tableware and a 25-cent slot machine.

And that’s just the tip of the iceberg, said Brad Henderson, the Indiana franchise owner of Aether Estate Sales, which is managing the event.

“Everywhere you turn, there’s stuff to see,” he said. “It’s a very eclectic mix of time periods and types of items in the home.”

Henderson said the estate sale is the kind that doesn’t come around often. High-end items, historic artifacts and one-of-a-kind pieces from inside a mansion make it one of the most unique sales in years.

That’s sure to draw people from all over the state and from across the Midwest, Henderson said. He anticipates a good number of people will come just to get a glimpse inside the house.

The mansion made national headlines in 2014 when the current owners, Timothy and Cindy Kline, put the property up for sale. The asking price was $8 million, making it the most expensive property on the market in Indiana at the time.

“The house was built in a time period when you didn’t’ have a butler’s pantry or back stairway or seven bedrooms and a massive formal dining room,” Henderson said. “Going there is almost like a visit to a museum.”

And with this weekend’s estate sale, people have a chance to take home a little piece of that history, he said.

The sale runs from 9 a.m. to 4 p.m. Friday through Sunday. People can begin signing up for the sale at 8 a.m. every day. Henderson said people will be led into the mansion in the order they sign up.

Wallick Mansion up for sale

PERU — Carriage Manor Estate, or the “Wallick mansion” as it’s known by locals, is like one of those houses you see on TV shows documenting th…