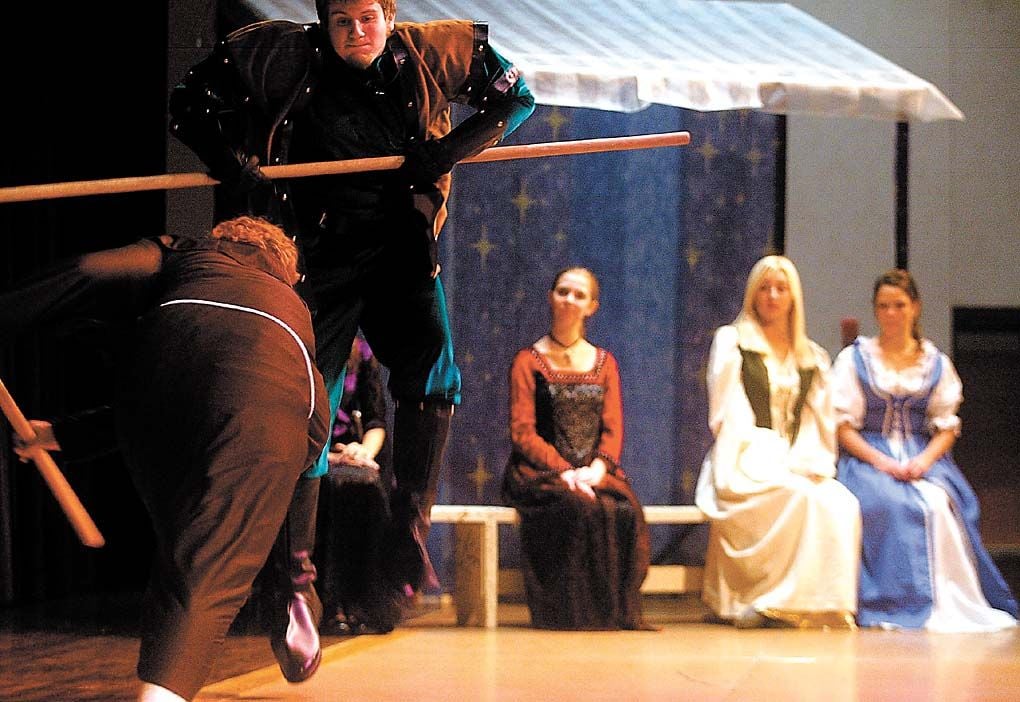 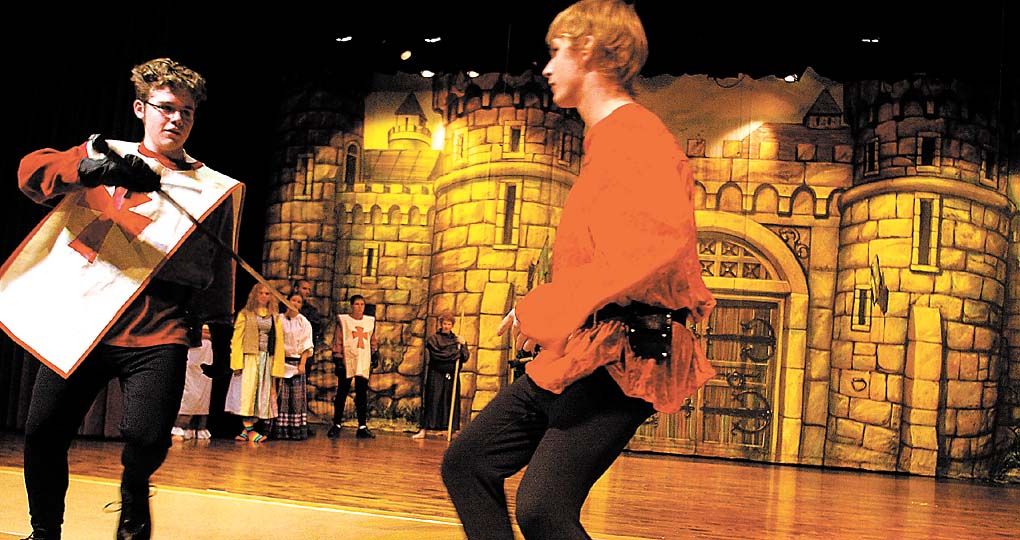 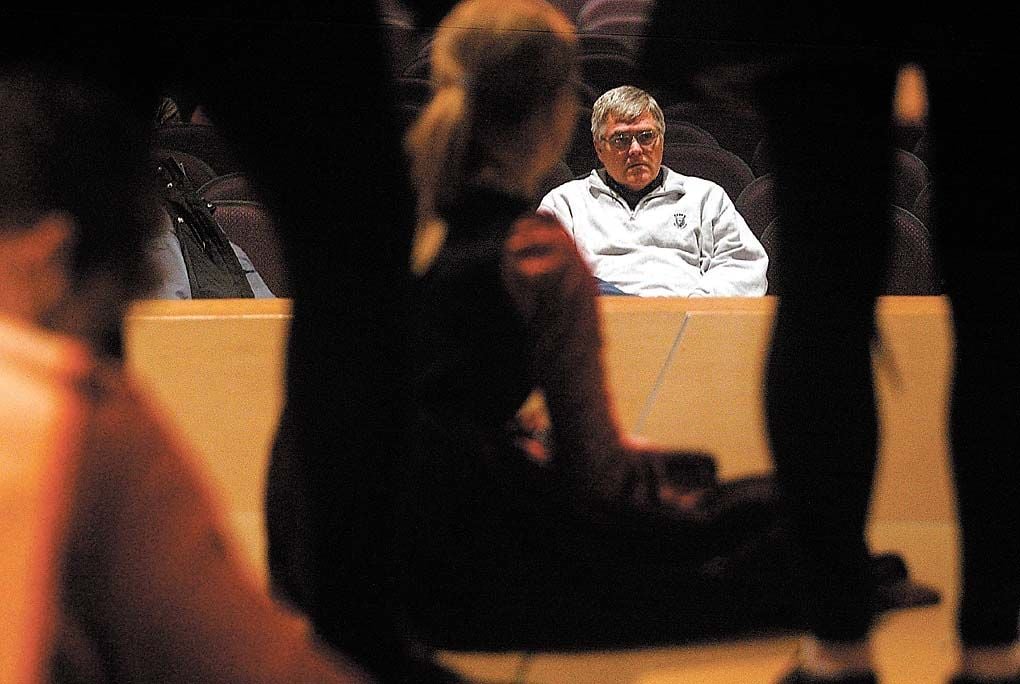 ONE MORE TIME: Marty Zeis watches dress rehearsal for this weekend’s production of “Robin Hood” at Northwestern High School. Zeis, 60, will retire as director after this production.

ONE MORE TIME: Marty Zeis watches dress rehearsal for this weekend’s production of “Robin Hood” at Northwestern High School. Zeis, 60, will retire as director after this production.

During the last 14 years, Marty Zeis has directed 33 plays in the less-than-optimal setting of the Northwestern High School auditeria. He dealt with having no place to store sets or for the student actors to change costumes. He dealt with using uncomfortable chairs that had to be torn down nightly, so students could eat lunch there the next day. This weekend, Zeis will direct his final school production, which will be the first high school production in the new Northwestern auditorium. Zeis, 60, said he pushed back his retirement so he could direct once in the new auditorium. “I just never thought I’d see it in my career. When it came along, I decided to stay on to at least direct one production in there. It’s been great to have a real state-of-the-art theater and to experience that as a director. It’s the best facility I’ve ever worked in.” Zeis plans to continue teaching English and German at Northwestern, where he has taught 30 years. Zeis said he knew in his heart it was time to retire from directing. “Sometimes you know when it’s time to leave because you just don’t have that spark and energy and drive you once had. Once that happens, it’s time to turn it over to somebody young.” Eric Moore, a new speech teacher, will take over directing duties, though Zeis said he would like to stay on as a technical advisor. Zeis began directing 14 years ago, starting with a production of “Cheaper by the Dozen.” He’ll end his career with a production of “Robin Hood.” Northwestern graduate Mason McKinley is serving as Zeis’s assistant director for the production, after four years as stage manager. He credits Zeis with his plans to be a high school drama director after he graduates from Indiana University Kokomo. “I think he really pushed me toward that in the last two years of my high school career. He looks at plays and he looks at who comes into drama and who new could come into drama. I think he tries to pick a play everyone could enjoy. I just hope to pass on all the knowledge he’s taught me to the kids I eventually direct.” Cast member Andrea Melcher, a senior, said Zeis teaches drama skills in an encouraging way. “He tells us all the time that we’re the greatest group of kids and he’d love to have any of us as his own kids.” Adam Rutherford, also a cast member, said Zeis has passed on his experience gained as an actor to his own students. “The way he wants a part done, he’s not afraid to get up there and show us how he wants it done. He’s a great guy.” Ben Summers, a junior, appreciated Zeis’s patience. “We’re going to miss him over here. He’s been a good director here, a big part of the productions.” Zeis has no favorites of all the plays he’s directed, but he does remember some favorite moments, such as adding a Michael Jackson-type number to “The Wizard of Oz.” He also remembers some disasters, like when the curtain would only open halfway. He stopped the show and made an announcement they were having difficulties and would take intermission immediately. “We probably had 10 men come up from the audience and every man had a theory on how to fix the problem. With their help, we got that curtain to work again.” In addition to Northwestern High School productions, Zeis has directed plays, musical and summer workshops for Northwestern School Corp., Curtain Call Theater and Morning Star Church. He’s directed a career total of 40 shows. “No wonder I am tired,” he said. Zeis said, though, that he will miss directing school plays. “I’m going to miss the kids, just their enthusiasm. Theater is just made up of a hundred different elements in my mind. It’s like working a jigsaw puzzle, with hundreds of pieces, but the clock is running. You have to get all these hundreds of pieces together in time for the play.” He won’t miss all the extra work. “For years I’ve spent my whole weekends doing nothing but building sets, just hour after hour. I won’t miss that.” Danielle Rush may be reached at (765) 454-8585 or via e-mail at danielle.rush@kokomotribune.com If you go: • WHAT: Northwestern High School’s production of “Robin Hood.” • WHEN: 7 p.m. Friday and Saturday, 2 p.m. Sunday • WHERE: The new Northwestern High School auditorium • TICKETS: $5 for students, $6 for adults, available at the door