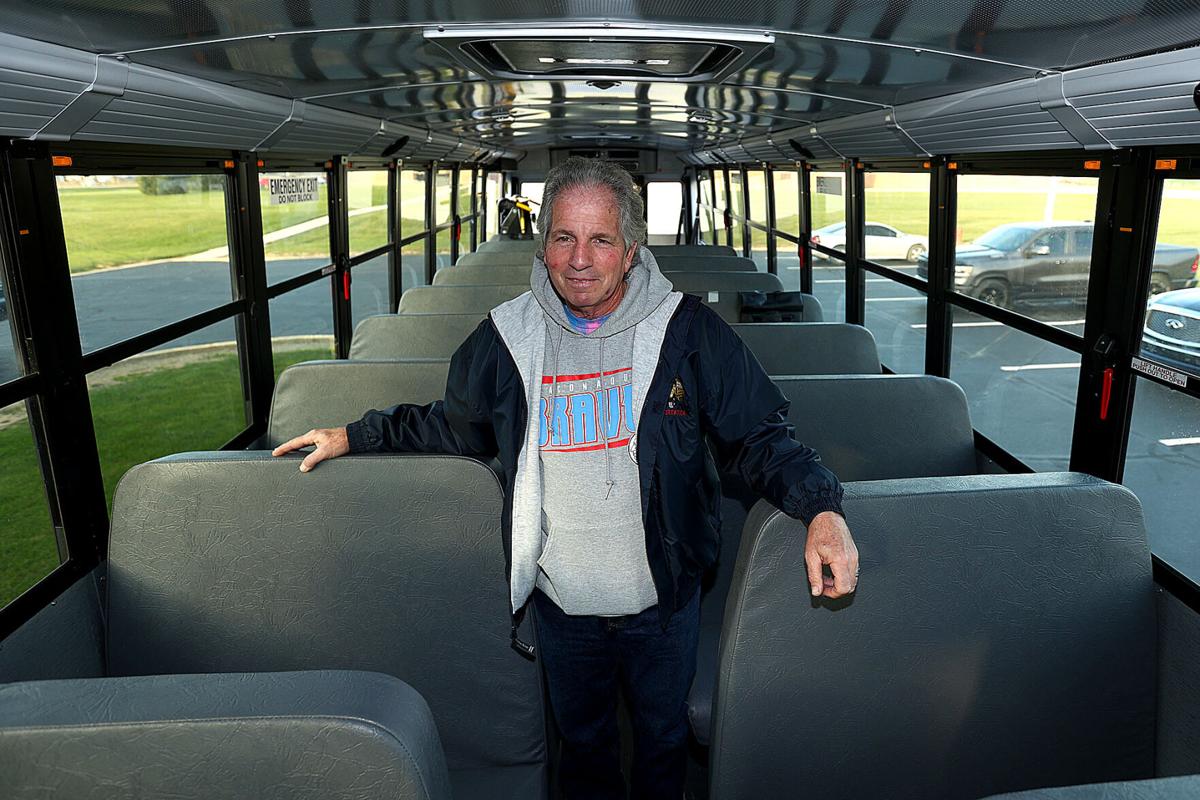 Maconaquah bus driver Michael Bank was honored with the Sure-Lok Above and Beyond Award. The award goes to an Indiana bus driver who goes the extra mile for students with special needs. 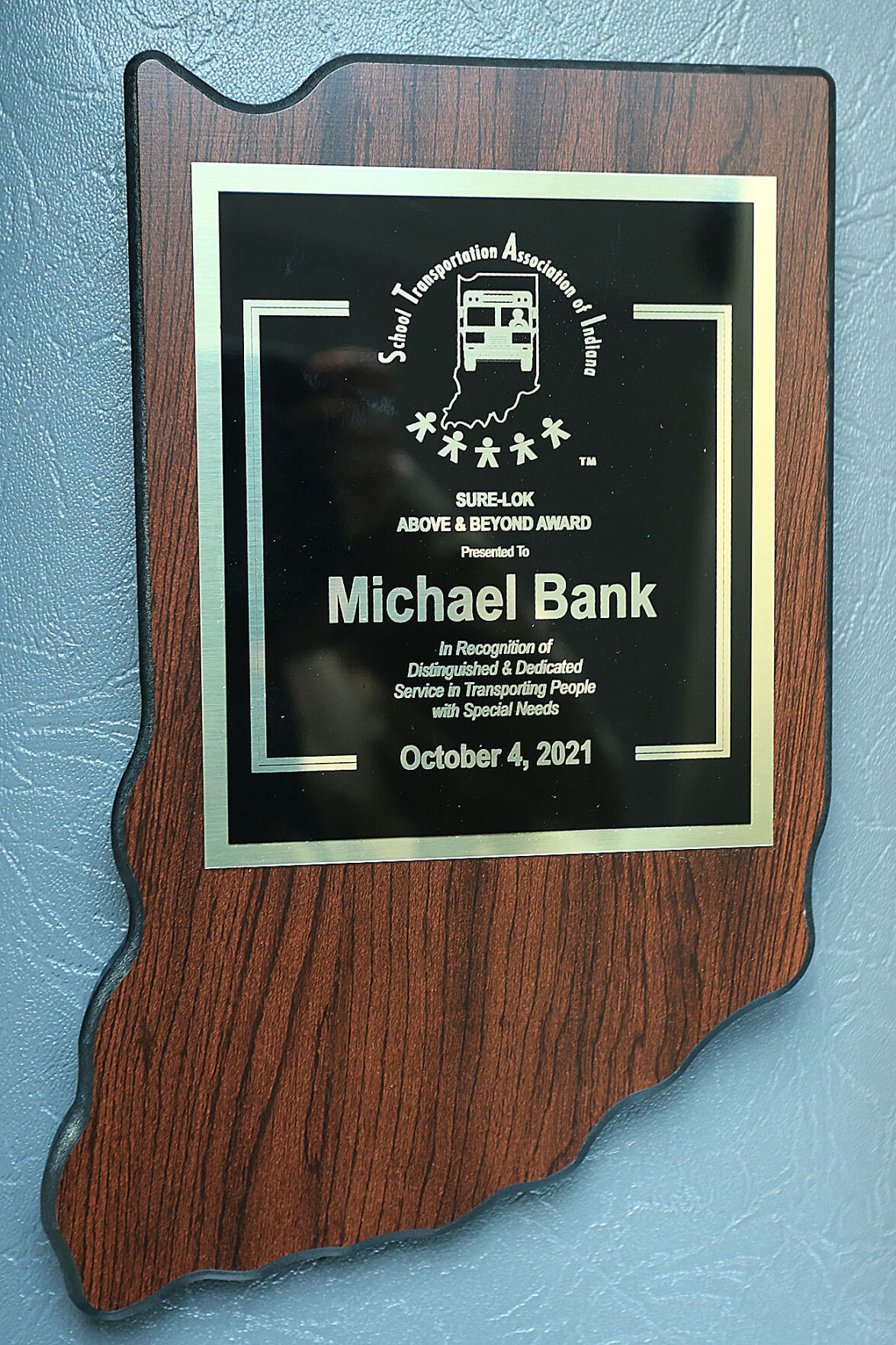 Maconaquah bus driver Michael Bank was honored with a statewide award for going the extra mile for the special needs kids he transports.

Maconaquah bus driver Michael Bank was honored with the Sure-Lok Above and Beyond Award. The award goes to an Indiana bus driver who goes the extra mile for students with special needs.

Maconaquah bus driver Michael Bank was honored with a statewide award for going the extra mile for the special needs kids he transports.

BUNKER HILL — When a wheelchair-bound student didn’t want to come to school because of their disability, Michael Bank had an idea.

A bus driver at Maconaquah, Bank built a ramp on his bus so the student could get on the bus under their own power. The act of kindness, plus a conversation with the student, was enough for them to return to school.

It’s just one example of the dedication and compassion Bank shows every day.

For his dedication, Bank was nominated for and awarded the Sure-Lok Above and Beyond Award. The award goes to an Indiana bus driver who “exhibits extraordinary dedication in transporting people with special needs,” according to a news release.

Sure-Lok is a manufacturer of wheelchair securements and restraint systems for transporting people with special needs.

Strik said Bank genuinely cares about the students on his route, making sure he gets to know each of them. When We Care Park was still in Kokomo, he coordinated with special education teachers to take both the students and their parents to see the Christmas lights on his own time.

“I would think empathy is one of his strongest suits,” Strik said.

Bank drives special needs students, those who get overstimulated on a regular school bus, plus wheelchair-bound students and all half-day and homebound students.

He got his start transporting students to and from Bona Vista. Bank spent 50 years in retail management and came to drive bus after seeing an ad for substitute bus driver.

And he has ever since.

“They’re like my kids,” Bank said. “I wish I had known about something like this many, many years ago.”

Bank plays bingo and other games with the kids on his route to keep them entertained during trips to and from school. The key, he said, is keeping them engaged.

“You gotta get to know them as a person,” he said.

“They know if you’re authentic, they really do,” Strik added.

Strik said Bank is a parental figure for some of the students on his bus, and he shows up every day. Literally.

Bank hasn’t missed a day in his nine years driving bus for Maconaquah.

“I know how important that is (consistency),” he said. “That’s why I’ve had perfect attendance since I’ve been here.”

That consistency is why Bank is always at the top of the list when the school corporation needs a last-minute driver for an athletic team.

Bank currently drives for the wrestling team. He drove the cross country team in the fall. He’s notorious for making the trips other drivers don’t want.

He does it for the kids. Strik said Bank will drive a team for the whole season.

“I like to see them excel in what they do,” he said.

“He’s an addict; he gets addicted to the team,” Strik added.

Bank remains humble in light of the award. He argues he’s just one of a team of committed drivers.

“I feel that any driver could have gotten this,” he said.

Strik agrees — Maconaquah has a dedicated team — but Bank is special.

“This award describes him perfectly,” she said.

The kids on Bank’s route miss him during holiday breaks. They’ll be excited to see him Monday.

“I want to make sure they have a good day, every day,” Bank said.