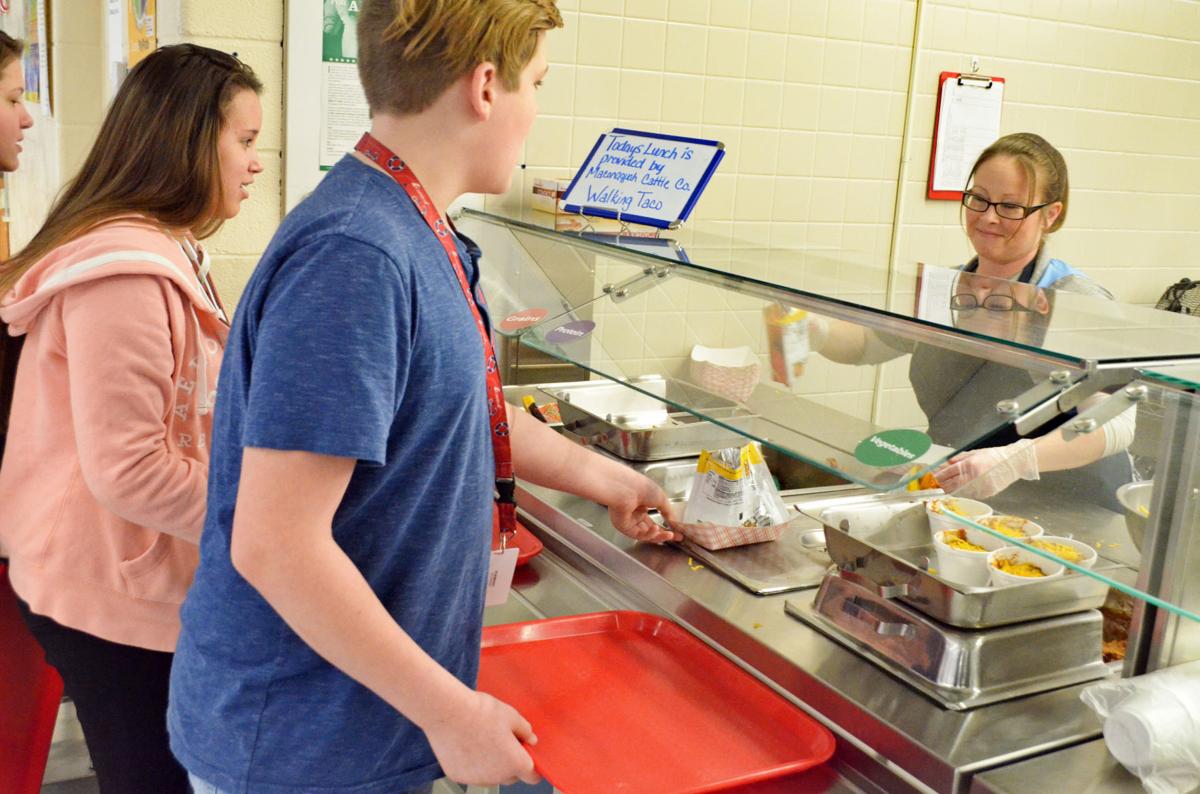 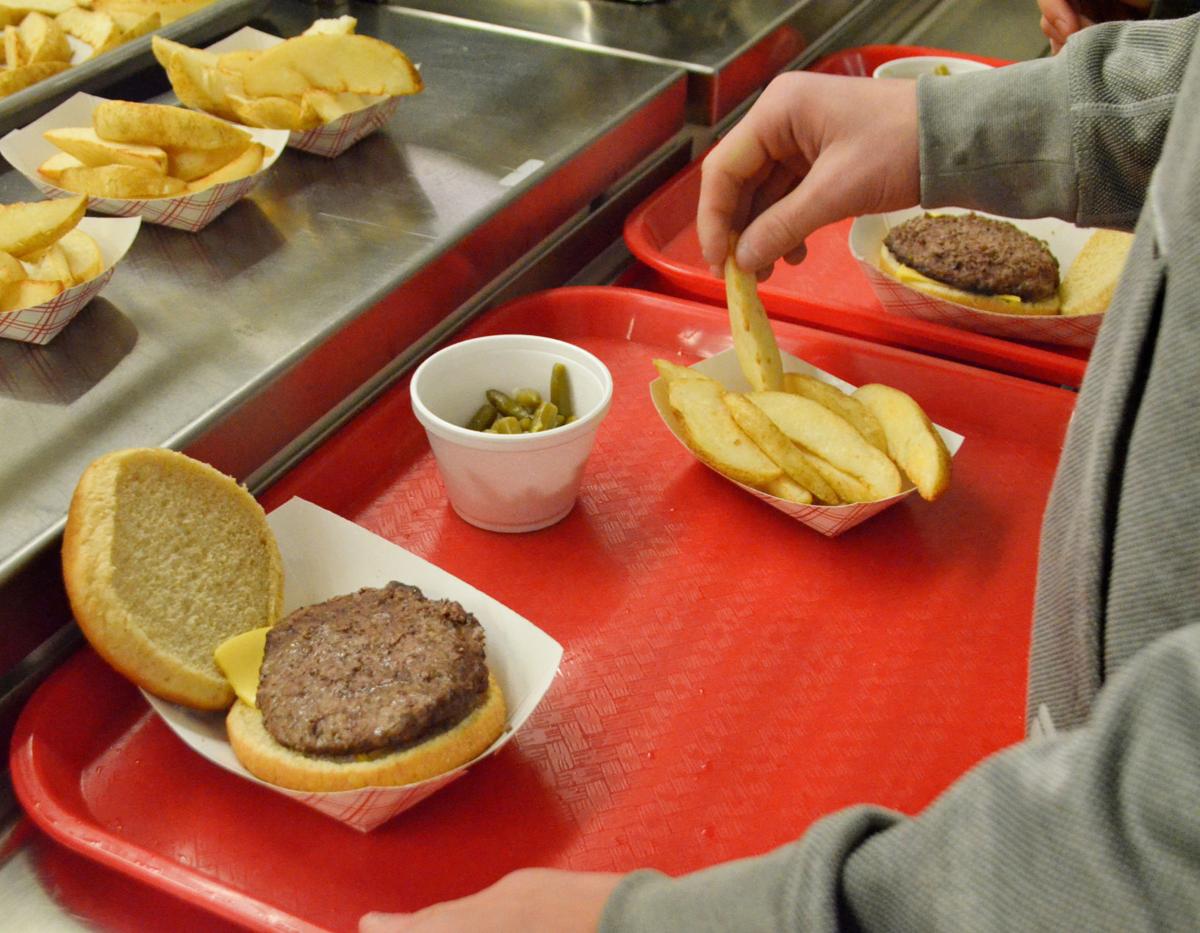 Maconaquah Middle School students were able to enjoy hamburgers provided by the school’s School to Table program Tuesday. Hamburgers and tacos with ground beef were served for lunch. Photo by Eric Stoff. 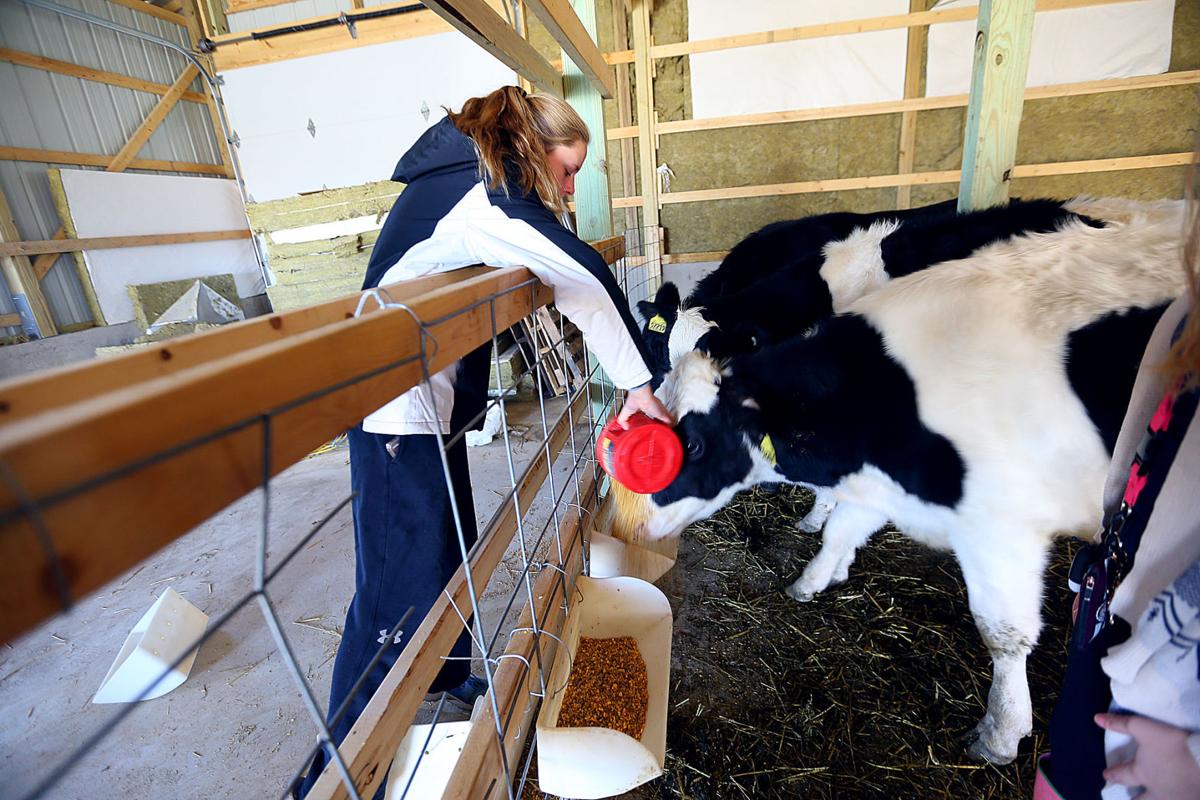 BUNKER HILL - Cheeseburgers and beef tacos were on the menu this week at Maconaquah Middle School. But these weren’t just any cheeseburgers and tacos. They were made from a cow raised by students right outside the cafeteria doors.

The lunch marked the culmination of a new program at the school called School to Table – a kind of academic spin on the farm-to-table movement, which promotes eating food grown by local farmers.

But in this program, the kids are the farmers and the school is the farm. The class is part of the district's STEM program – a certification earned by the state that focuses on science, technology, engineering and math.

For the last year, three cows have lived on a 2-acre pasture located right in the middle of the main campus of the Maconaquah School Corp. Two others live in a field near the schools.

Every day, including weekends and holiday breaks, rain or shine, students enrolled in the class head out to feed the cows, give them medicine and do all the other chores required to keep the cattle healthy and safe.

From the beginning, the end goal has been to butcher the cows and serve the beef in the school’s cafeteria to offer a fresh, healthy meat option to kids.

And on Tuesday, three years after the program launched, that happened at the middle school.

Agriculture teacher John Sinnamon, who heads up the program the school has dubbed the "Maconaquah Cattle Company," said seeing the kids enjoy the freshest beef they’ve ever served at the school made him proud.

“I know it’s something as simple as a hamburger, but to walk into a cafeteria and see 100 kids enjoying the food and saying how wonderful it is means a lot,” he said.

The cow was taken to a butcher in January, and ended up producing 500 pounds of beef. Sinnamon said that’s enough to provide at least several school lunches throughout the year.

Maconaquah Food Service Coordinator Kim Lewis said she loved serving up the beef on because she knew it was high quality and it came straight from the school.

“And I think it’s a great learning process for the students — very unique,” she said.

Middle School Principal Craig Jernagan helped serve lunch on Tuesday to keep up with the lines, which were the longest they’ve been in while, he said.

Announcements were made before each lunch period, reminding students that Maconaquah Cattle Company provided the meat.

“It’s a good feeling,” Jernagan said in a statement. “It shows the students’ hard work, dedication and fortitude to get the project done.”

But Tuesday’s lunch was just the beginning of what the school hopes to achieve with the School to Table program, Sinnamon said. They eventually want to raise enough cattle on school property to provide the vast majority of beef that’s served at the middle school.

He said the end goal is to have a completely self-contained, self-sufficient farm, where cows can be born, raised and butchered, so the program can continue on indefinitely.

Eighth-grader Luke Stage, who is enrolled in the program, said it was exciting to see their hard work pay off. Now, he’s looking forward to seeing the program grow even more.

“It’s showing that it’s worth it, but it’s just a fraction of what’s to come,” he said.