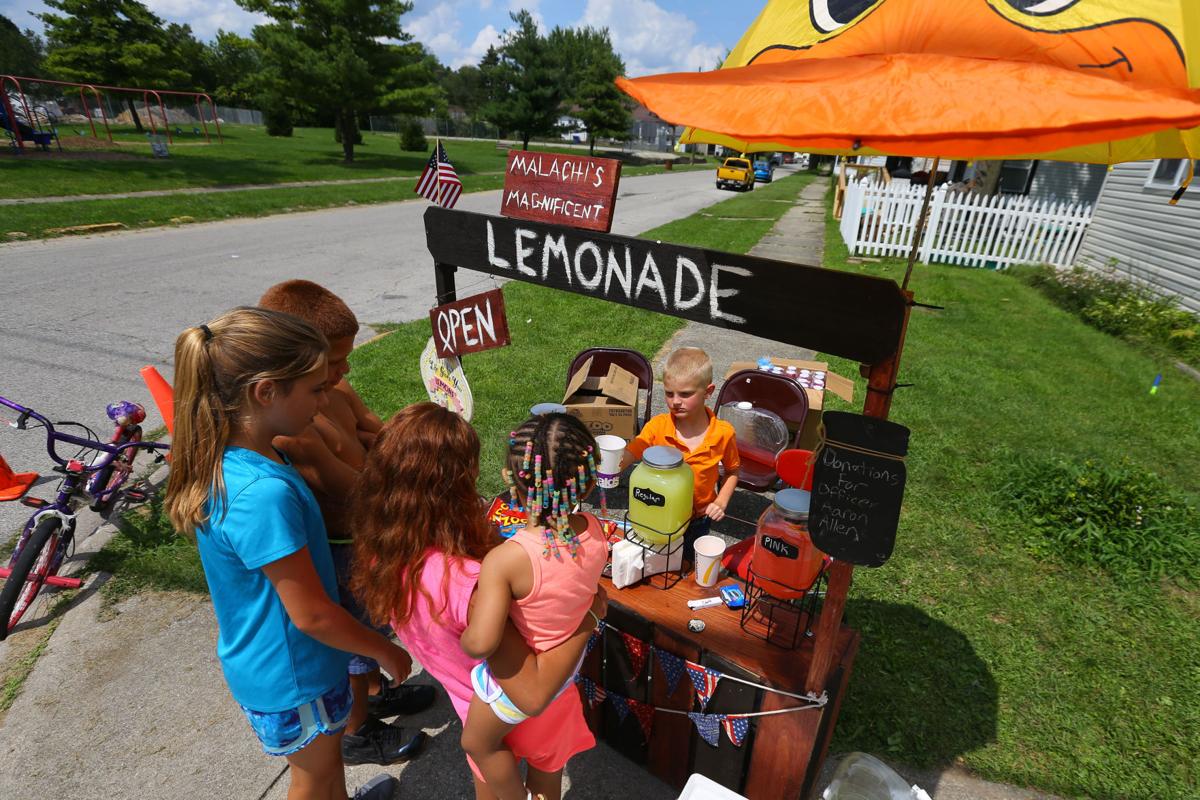 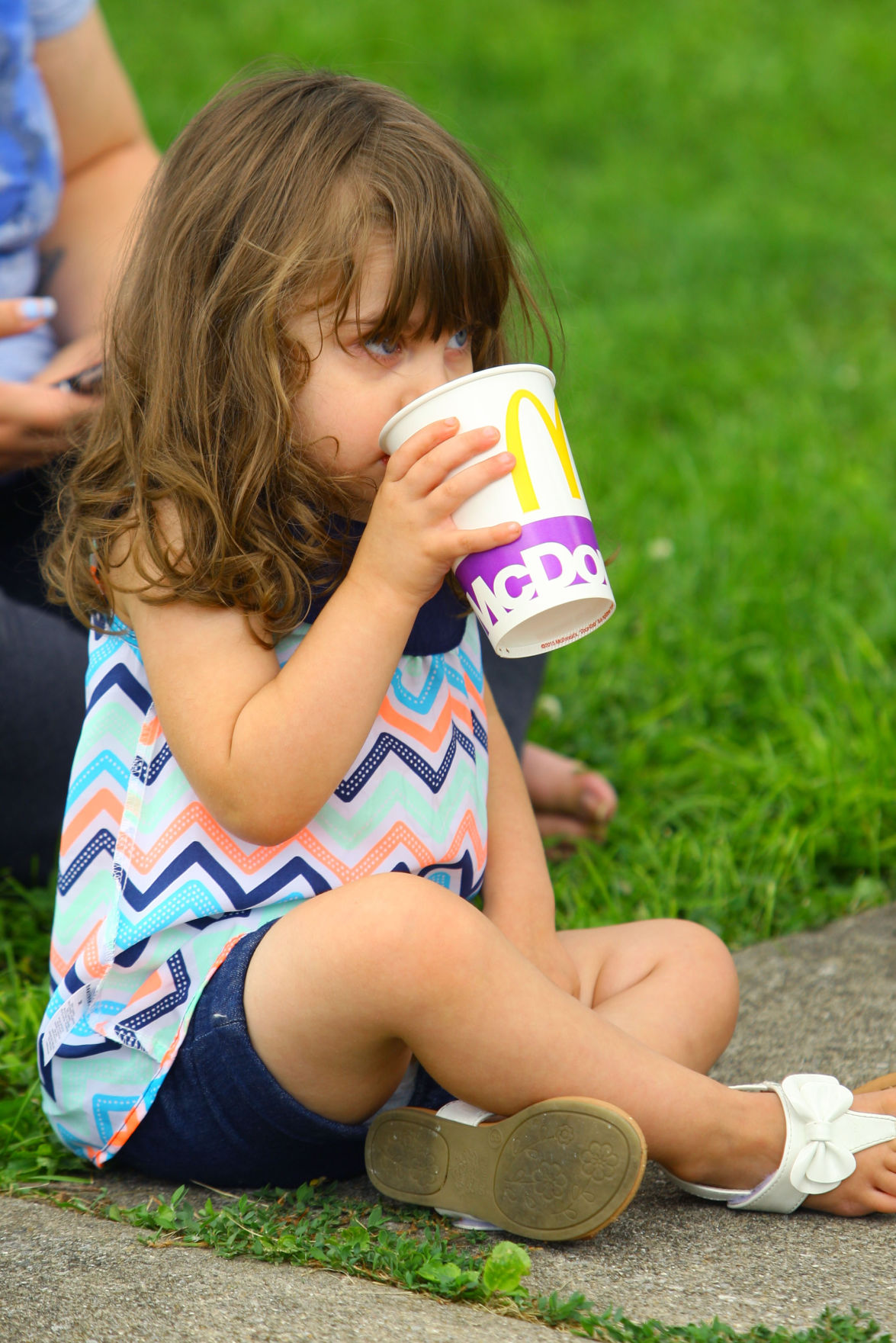 Abigail Carmain, 2, enjoys a refreshment at Malachi's Lemonade in Kokomo, Ind., on July 31, 2017. Malachi Fronczak, 5, is raising money for the family of a fallen police officer, Lt. Aaron Allan. 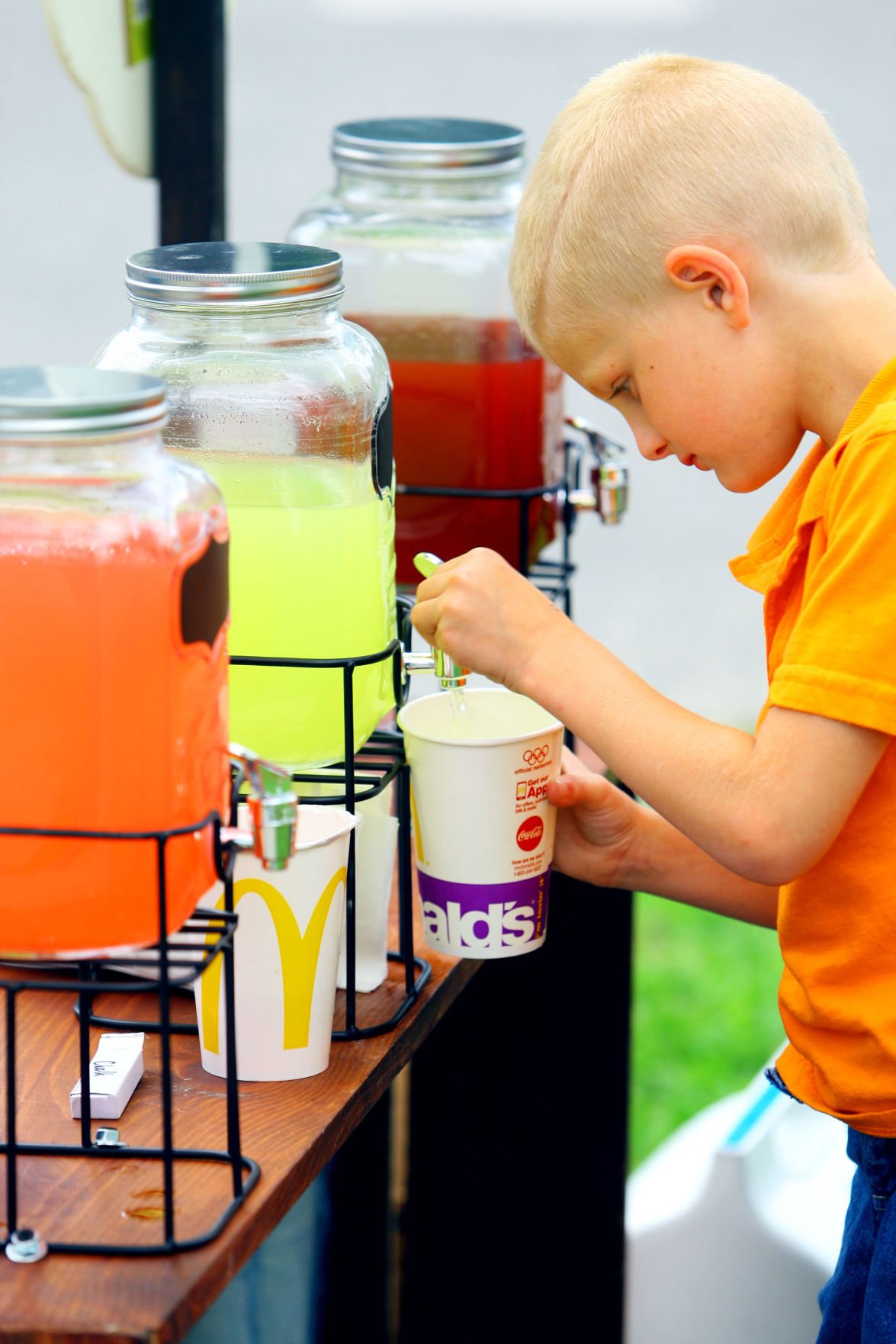 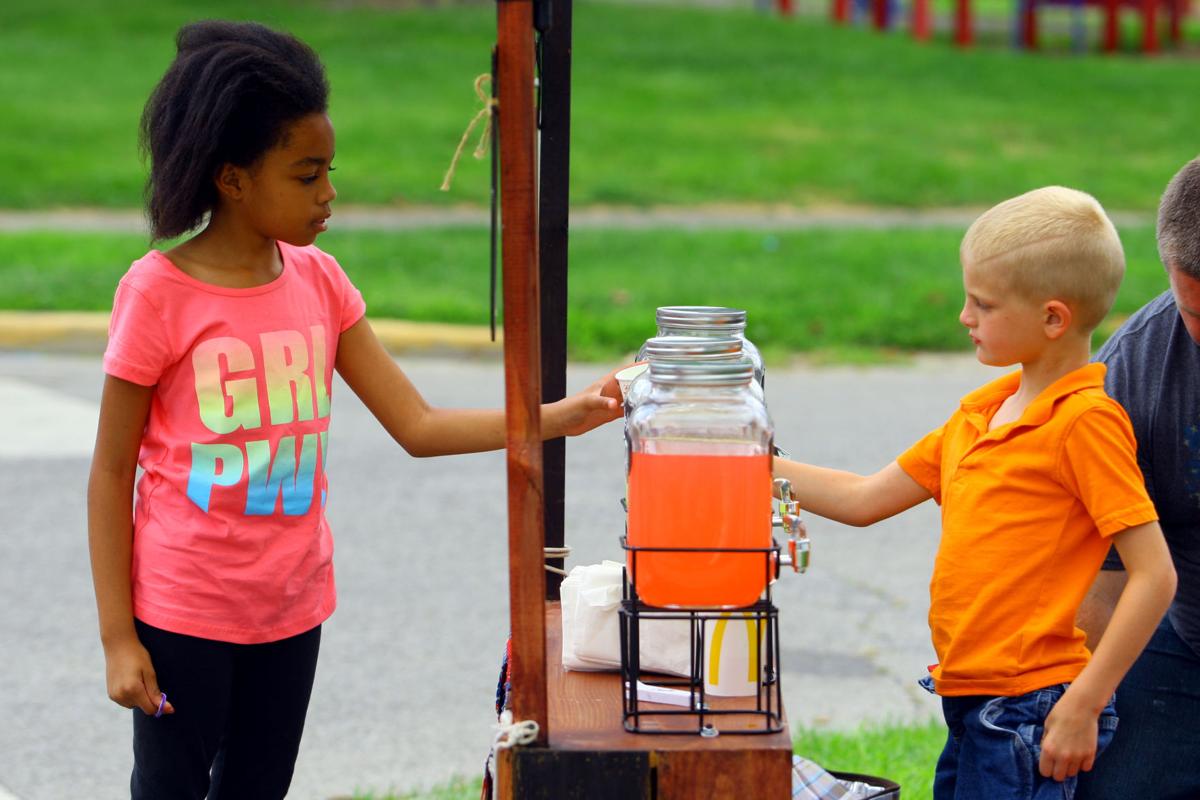 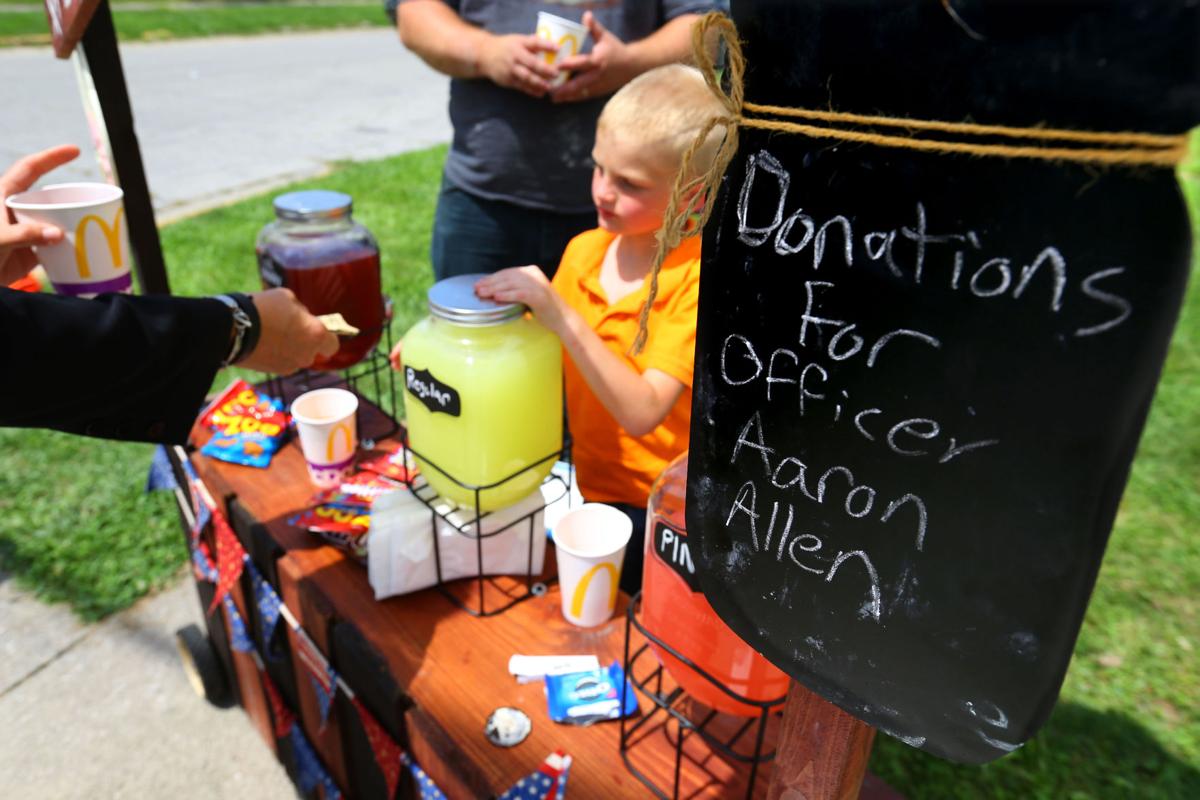 Abigail Carmain, 2, enjoys a refreshment at Malachi's Lemonade in Kokomo, Ind., on July 31, 2017. Malachi Fronczak, 5, is raising money for the family of a fallen police officer, Lt. Aaron Allan.

KOKOMO – It started when 5-year-old Malachi Fronczak saw the news on TV that Southport Police Department Lt. Aaron Allan had passed away.

Jason Fronczak, Malachi’s father, could tell that Malachi was affected by the news, and he asked his son what was wrong.

“He said ‘I didn’t know that policemen could die, doing what they’re doing,’” Jason said.

Allan, a six-year veteran of the Southport Police Department, was responding to a call about a crash with people trapped inside the vehicle, the Associated Press reported last week. One of the vehicle’s occupants opened fire unexpectedly, and Allan was hit multiple times. He passed away later at an Indianapolis hospital. The two occupants of the vehicle were taken into custody.

Malachi – the namesake of “Malachi’s Magnificent Lemonade,” as the stand has been dubbed – had set up shop in the past, giving free lemonade to first responders and military personnel. After seeing the story, Jason said his son decided he wanted to set up the stand again, this time to raise money for Allan’s family.

“We couldn’t be more proud,” said Jason. “He’s a great kid, with a big heart that likes to serve people by nature, and he wants to be a policeman when he grows up.”

Monday afternoon marked the second day the stand was up and running in the 700 block of South Bell Street. Jason said that afternoon that there had been a steady stream of customers in their first hour of operation, after news of the stand had been spread around on social media, thanks largely to a post from the Kokomo Police Department.

“It’s special to us because of why he wants to do it,” said KPD Capt. Kevin Summers, who was at the lemonade stand Monday. KPD supported the stand, said Summers, because of where the money was going, with Summers referring to Allan as a “brother in law enforcement.”

Summers said a number of officers had interacted with Malachi in the past, when he was giving free lemonade to police officers, saying that he’s “special” to the department.

This isn’t the first time news had spread about Malachi’s lemonade stand. Last year, Malachi wanted to raise money for a trip to Sea World. First responders helped him out, and Jason said that Sea World actually matched the money he raised, and provided them with a number of stuffed animals. Many of the animals were then given to fire departments to give to children during calls for service, Jason added.

That’s the kind of attitude that Jason said he and his wife, Trisha, have tried to instill into Malachi. They’ll pay for veteran’s meals and make cookies to take to police stations and fire departments, he said.

“So he’s kind of watched and observed that, I think, which led him to where he’s at now,” Jason said.

Jason said the Saturday lemonade stand raised $47, but on Monday afternoon, he said he thought they would be well above that, and into the hundreds.