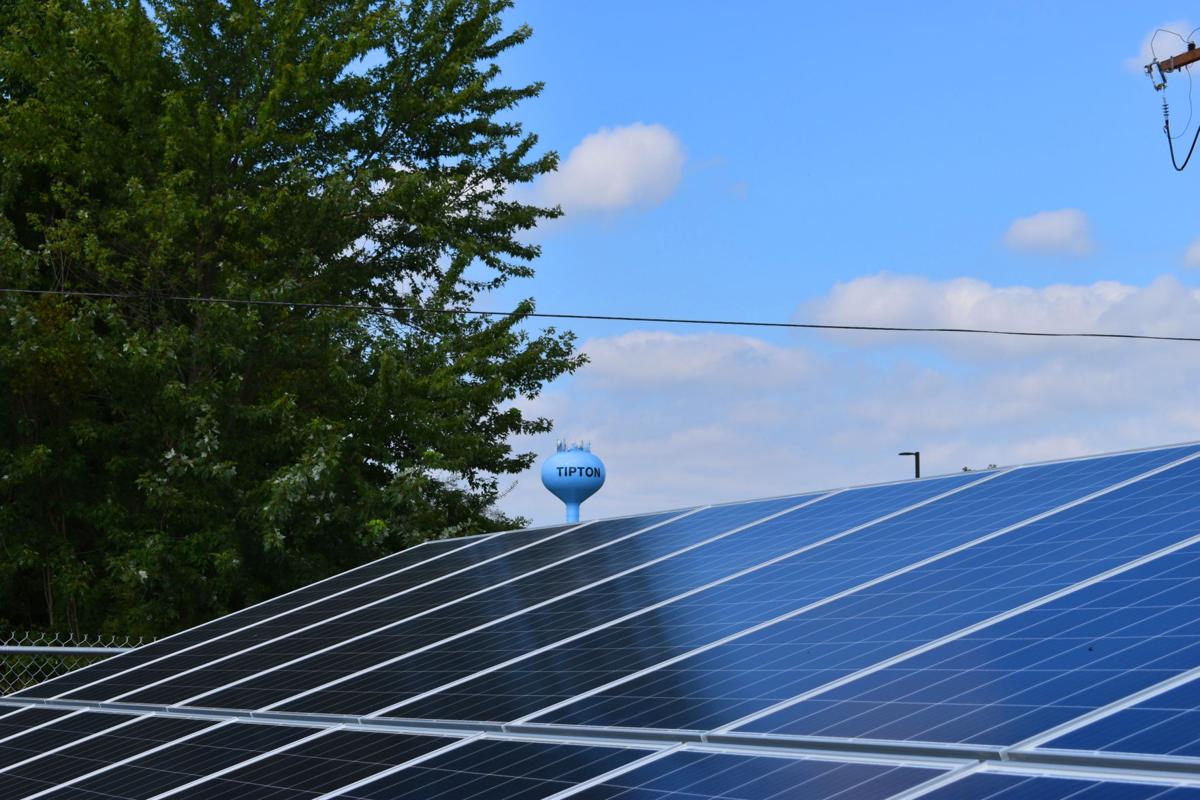 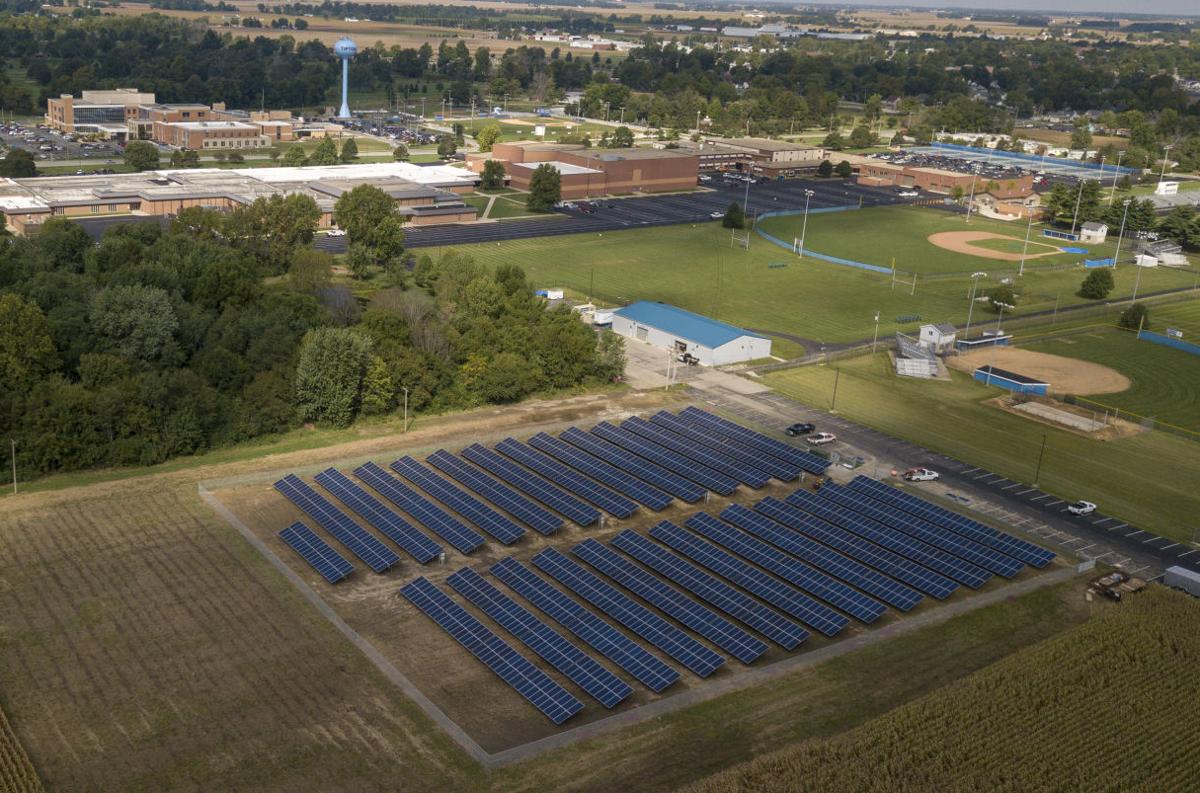 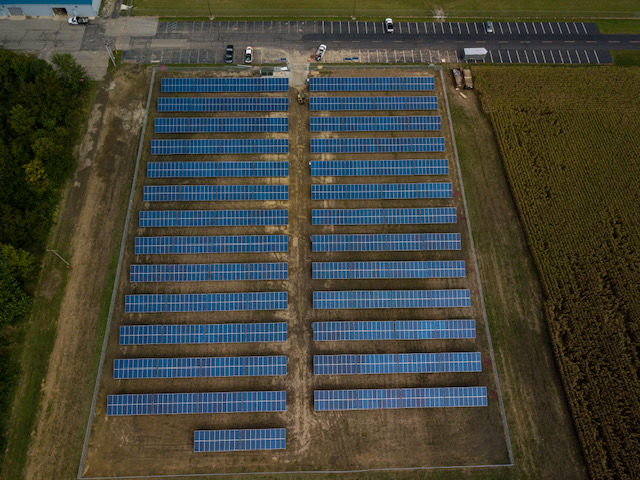 TIPTON – A new solar park providing power to the Tipton Community School Corporation fired up last month in a move that school administrators say should save the district $2.2 million over 20 years.

Superintendent Kevin Emsweller said the project consists of more than 1,900 individual solar modules that can produce up to 600 kilowatts of power. The energy generated from the solar array is expected to generate 85 percent of the energy used by the entire district.

“It’s saving our natural resources and getting free energy,” he said. “When the sun is shining, we can see how much we’re saving.”

Construction of the solar field began last spring on land east of the school’s nature center and officially went on the grid on Sept. 13. The $1.2 million project is being funded through a bond sale, and was built by Johnson-Melloh Solutions, an Indianapolis-based renewable energy company.

Emsweller said the school has a 20-year lease with the company, but the energy savings should allow the project to pay for itself in about 12 years.

He said the district started seriously looking into building a solar field about two years ago after a school board member who uses solar energy on his farm proposed the idea.

Emsweller said the original plan was to build a solar array that would have been twice the size of the current project, and then sell the extra energy produced by it to the Indiana Municipal Power Agency.

However, the district couldn’t reach a deal with the utility company and decided to build a solar field just big enough to provide most of the energy to the district, Emsweller said.

Now, monitors have been installed throughout the schools so students and guests can see the energy generated from the solar array. A website also shows live energy production of the farm. According to the site, the project to date has produced 24.4 megawatts of energy, which is equivalent to 14 barrels of oil, 16 trees or 15,285 miles driven in a car.

Some Tipton teachers also took part in training this summer to find out more about the solar array to use as curriculum in their classrooms to teach students about solar energy.

“There is a lot of learning our students can benefit from with having this lab on site,” Emsweller said.