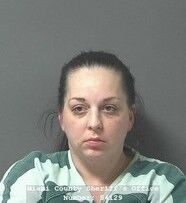 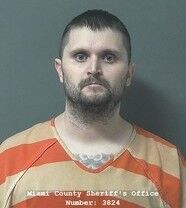 A Peru couple is facing multiple charges related to the possession of narcotics after a monthslong investigation by several law enforcement agencies.

Wallace Taylor, 31, is facing two separate Miami County warrants for conspiracy to commit in dealing methamphetamine and possession of methamphetamine, both Level 3 felonies, as well as a bond revocation, per Slocum.

An ISP media release sent out Tuesday afternoon revealed that troopers — who had previously been granted arrest warrants for the Taylors out of Miami Circuit Court after a 9-month investigation — reportedly located Jordan Taylor earlier this month driving a 2005 Jeep Liberty on U.S. 31 near Miami County Road 500 South.

Upon initiating a traffic stop on the vehicle, police were then able to speak with Jordan and reportedly noticed “indicators of criminal activity,” the release stated.

Police added in the release that a narcotics-detecting dog was eventually brought to the scene to conduct a free-air sniff around the vehicle, and that K9 reportedly detected the presence of illegal narcotics.

She was taken into custody without incident.

The next day, Wallace Taylor was also taken into custody by an Indianapolis Metropolitan Police SWAT Team, the release noted, after he was located at a hotel on the east side of Indianapolis.

The Taylors are now both being held at the Miami County Jail as they await their initial hearings.