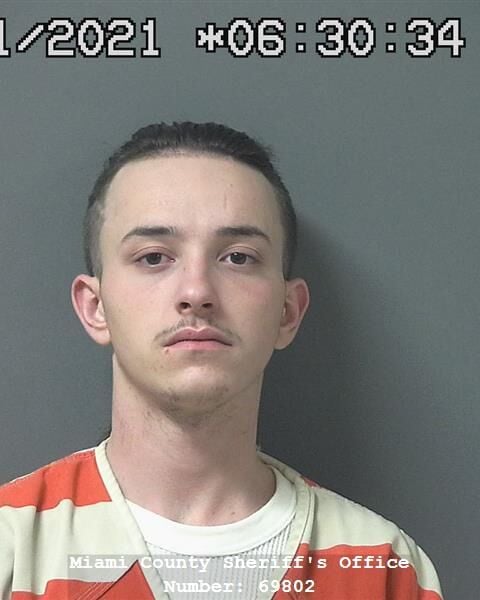 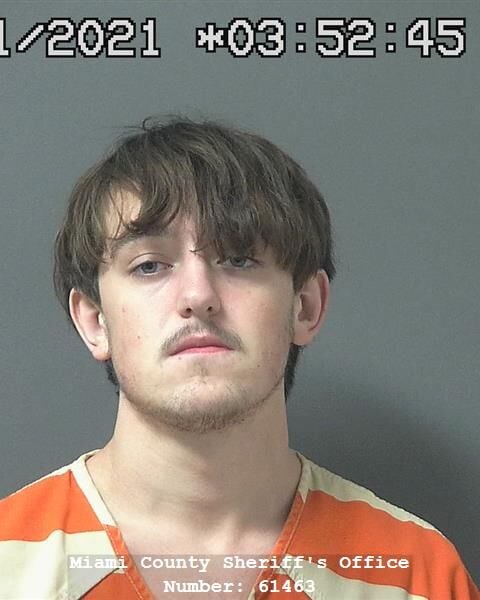 MIAMI COUNTY — Court documents filed in the case against four teenagers accused of shooting and killing a Converse man appear to point to a “drug debt” as a possible motive.

Earlier this week, police arrested Aryan Vandiver-Stone, 19, Marion; Benjamin Jones, 18, rural Converse; a 16-year-old male and a 15-year-old male for their alleged roles in the death of Anthony Leadford, 23, who officials said died from multiple gunshot wounds during a shooting at his apartment on Sunday.

Those same court documents state that Leadford’s girlfriend and her two children were also in the apartment when the shooting occurred.

Due to the confidential state of juvenile records, it’s unclear at this time whether the additional charges related to burglary and robbery were also filed against the juvenile defendants in the case.

According to a probable cause affidavit filed through the Miami County Prosecutor’s Office, Leadford’s girlfriend told authorities that Leadford had been receiving threats from Jones concerning a “drug debt,” and Jones allegedly even came to the apartment a couple hours before the incident to confront Leadford about it in person.

At that time, Leadford allegedly told Jones that he didn’t have the money to pay him and that he needed to leave, Leadford’s girlfriend told investigators, and that’s when Jones told Leadford that “they would be back.”

Leadford’s girlfriend also told investigators that earlier that day, Jones had contacted her phone and messaged her numerous times on Facebook to state that he was going to “get” Leadford, noting that Leadford allegedly owed Jones $200.

When she wrote Jones back to say that the money wasn’t her problem, Jones allegedly told her that it was her problem because she was dating Leadford, court documents noted.

Then around 10 p.m. Sunday, Leadford’s girlfriend reported that Leadford and she were awakened by “three armed individuals when they kicked open their apartment door and entered their bedroom,” and the affidavit also noted that a fourth individual might have been in the living room where her two small children were sleeping.

Leadford then told the men — later identified as the defendants in the case — that he didn’t have money but was allegedly shot as he tried to get out of bed, Leadford’s girlfriend told police.

After the shooting occurred, the men allegedly fled the apartment with a cellphone and car keys, court documents stated.

During the course of the investigation, police spoke with the four defendants in the case, with each denying that they pulled the trigger, court documents indicated.

Jones told authorities during his interview that Vandiver-Stone and one of the juveniles went into Leadford’s bedroom, though he also told investigators that “he thought Vandiver-Stone was getting ready to shoot so he looked away,” allegedly putting him in the bedroom during the shooting, the affidavit indicated.

And during his own interview with police, Vandiver-Stone stated that he was “busy looking for items of value to take from the residence,” when he heard shots fired in the bedroom, court documents note.

When police interviewed one of the juvenile defendants involved, he reported that he didn’t know that Vandiver-Stone and the others were going to Leadford’s residence, rather that they were going “somewhere to party or link up with girls,” the affidavit stated.

He also added that he stayed behind in the car and heard “five or six gunshots” before Vandiver-Stone returned to the vehicle and drove away, per court records.

Police later discovered a green 9mm Taurus inside one of the juvenile defendant’s underwear, and a search of an apartment belonging to a relative of that same juvenile ended up in the seizure of two more 9mm handguns as well, police stated in the affidavit.

Vandiver-Stone and Jones are being held without bond at the Miami County Jail, and they each have a pre-trial conference on Jan. 20.

Police say the two juvenile defendants in the case are being held at the Allen County Juvenile Facility.