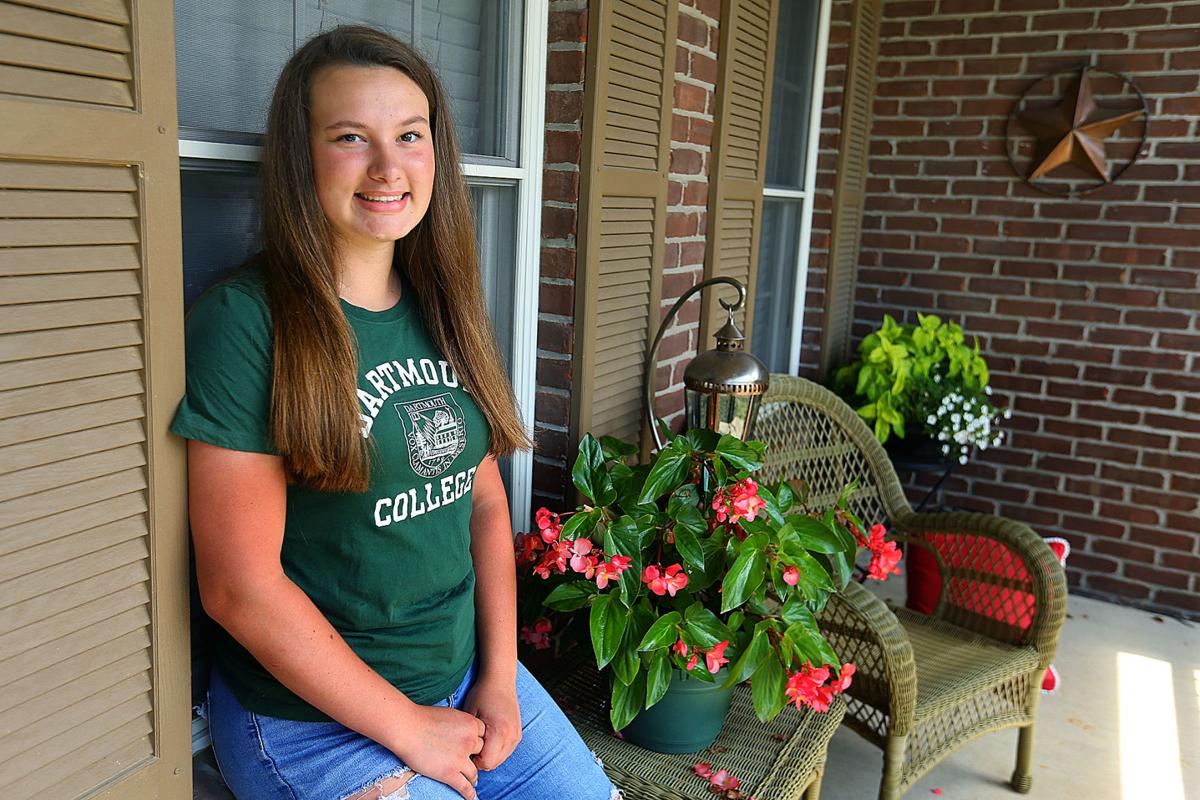 Western HS graduate Emma Key is shown here on June 22, 2020. She will be attending Dartmouth College in the fall. 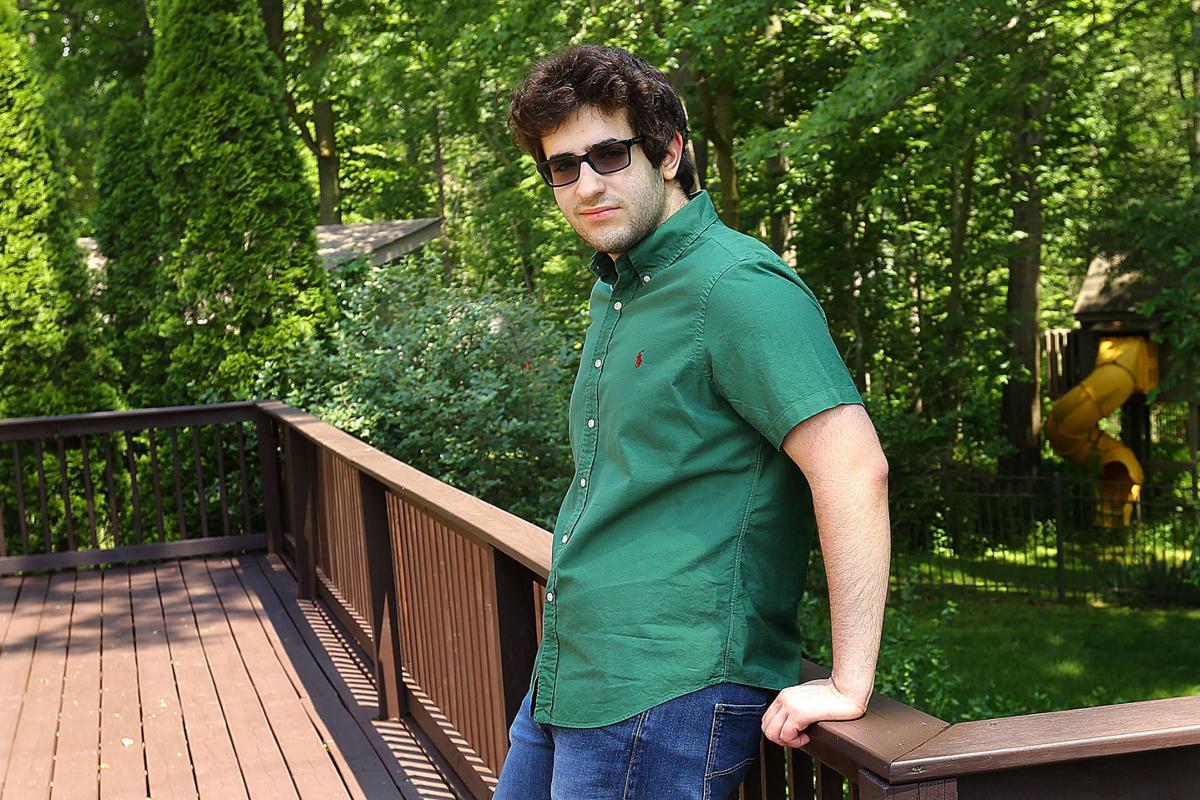 Western student Elie Cuevas is going to MIT. He is shown here at his home on June 19, 2020.

Western HS graduate Emma Key is shown here on June 22, 2020. She will be attending Dartmouth College in the fall.

Western student Elie Cuevas is going to MIT. He is shown here at his home on June 19, 2020.

Two Western High School students will be making their way out east this fall after each was accepted into two of the top schools in the country.

Emma Key will be attending Dartmouth College in New Hampshire, while Elie Cuevas is headed to the Massachusetts Institute of Technology [MIT] in Massachusetts.

“I couldn’t believe it – I was smiling ear to ear,” Key said while reminiscing about being accepted into Dartmouth. “It was just a surreal moment because that was my dream coming true.”

Key’s dream of attending an Ivy League school began back in seventh grade. She always knew she wanted to go into business, so she went online and researched Harvard University. She was so excited about the large information packet the university sent that she brought it to school to show her friends. That experience led her down the road to choosing Dartmouth and doing whatever it took to get there.

“They have a top business school and as an undergrad, I’m able to take graduate courses at the Tuck School of Business,” she said. “What drew me to it is not only am I playing Division 1 softball, I am getting an education that will help me in my future.”

A long-standing part of Key’s life is her love of sports. After being involved in athletics for most of her life, she said she couldn’t imagine not playing sports and called them her “happy place.” She hopes to stay in sports with her dream job of being the chief financial officer for the NCAA or a pro baseball team like her beloved Chicago Cubs.

Key showed success both on the field and off during her time at WHS – setting the career and single-game records for home runs while also being named the salutatorian for the WHS class of 2020. Both distinctions were huge honors to her because one of her biggest goals was to leave her mark.

“I wanted to leave a legacy so I tried to do as much as I could to be involved in the Western community,” she said. “My parents always taught me to leave a positive impact and so that’s what I really wanted to do – just be positive instead of negative. With everything going on in the world, it’s important to be positive.”

She also served as class treasurer, student council secretary and the treasurer for the National Honor Society.

Key described her upcoming collegiate experience as scary, but added she’s excited to start the next chapter of her life.

After attending a summer program at MIT in 2019, Cuevas found himself enamored by everything the college had to offer, especially the cooperative culture where students help out their fellow students.

During the program, he had the opportunity to explore the campus facilities and meet people there while presenting a project he and a student from Minnesota worked on. He also got the chance to interview a scientist and learn what a day in their life was like.

Learning he was accepted to MIT was a spirit-lifting experience. The day before Cuevas found out he was accepted was unknowingly his last day of high school due to WHS not reopening for the year due to COVID-19. There was also a hiccup with the college’s website he had to deal with.

“I kept refreshing it like ‘please please please – it’s time, let me open it,’” he said, describing the tense moment of finding out his future.

Cuevas picked MIT over other schools he was accepted to like Princeton, Yale, Notre Dame and Cornell University. He plans on studying biological engineering. He wants to study the genetic side of procedures such as gene editing and gene therapy where the genes are selectively modified to get rid of diseases or ailments.

His interest in the field started in his junior year in a biology class lab. The students were working on a small DNA transformation and experimented with bacteria, which would glow after the process. Afterwards he went home and learned all about the subject.

Another aspect that attracted him to MIT is its proximity to many biotech companies.

“I know that MIT has a lot of really good research opportunities, so I hope to get a good internship while I’m a student … and then hope to become a researcher one day,” he said of his long-term goals.

Cuevas noted that much of his success came from becoming extremely dedicated to tasks or passions and seeing them through.

“When I was really young, I did the Indiana Academic Math Competition in fourth grade. I kept doing it through middle school and high school ... by senior year I was captain of the team. It was the same for the spelling competition,” he said. “Concert band I started in sixth grade and by junior and senior year, I was playing first trombone for school and the county festival.

“I have this consistency of finding what I really like and really applying myself; I think that’s what really helps a lot.”

Looking toward fall, Cuevas said he is nervous but excited to see where life takes him.