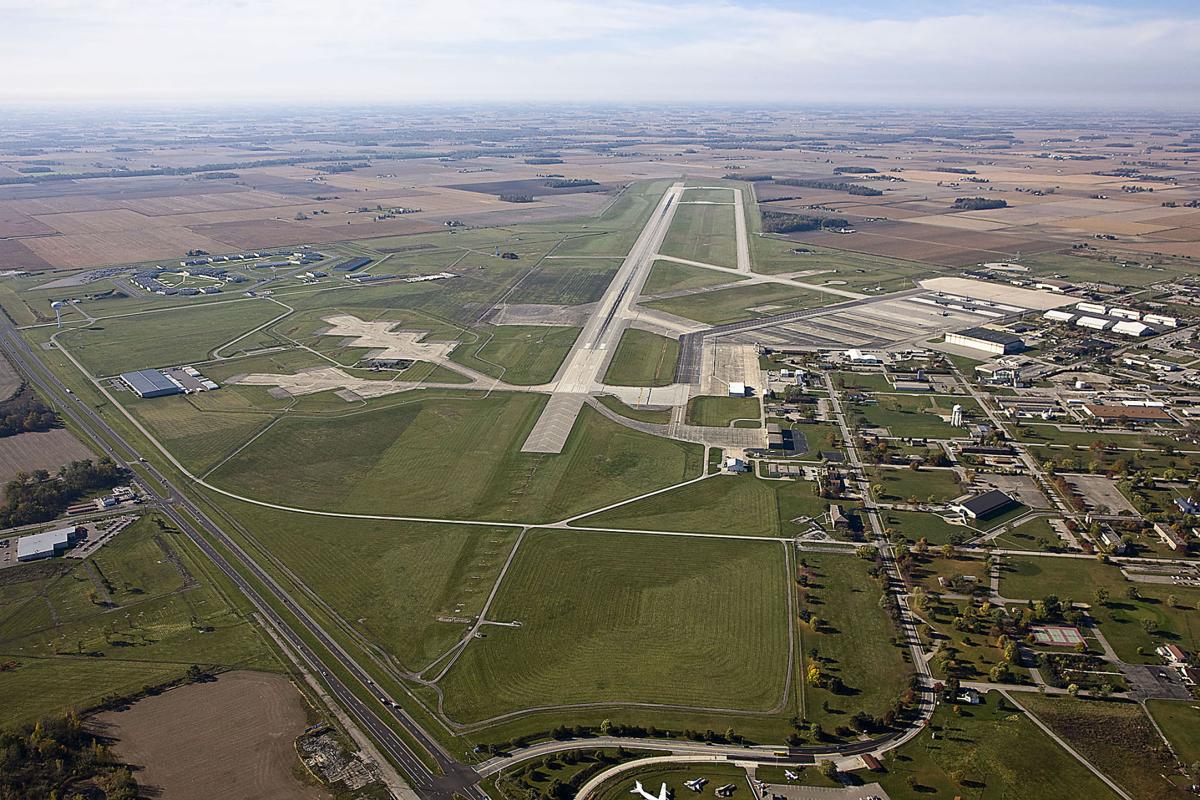 An aerial look at Grissom Aeroplex, where future development could be impacted by a land-use study. Photo provided by Jim Tidd

BUNKER HILL – Water rates are set to more than double at Grissom Air Reserve Base and the Miami Correctional Facility after the Peru City Council Monday approved a steep rate hike to fund repairs on the area’s dilapidated water treatment plant.

The rate increase will affect customers in the area that formerly housed Grissom Air Force Base before it realigned as a reserve base in the 1990s.

Peru Utilities took over that area’s drinking water after that and now operates 1,175 meters there, including the base, the prison, businesses located on the Grissom Aeroplex and the large subdivision of Eagle’s Pointe that contains 1,125 housing units.

Over the years, the plant and surrounding well houses have fallen into disrepair, causing concerns that the plant will simply stop working or end up contaminating customers’ drinking water.

“One slip up could make people sick,” Chance said last month. “At the Department of Correction, that’s over 3,000 people. One slip up, and 3,000 people are sick – and they like to litigate. … But you can only do so much maintenance with nothing.”

Chance said the new rates will now generate enough revenue to allow the utility to launch a $3.5 million renovation of the 76-year-old treatment plant, which is housed in a former federal military building. The money will also pay to update the treatment equipment, most of which is old and outdated.

Other projects include repairing the four well houses, two of which were built in 1943 and have boarded-up windows and large cracks on the walls. Inside, the electrical equipment is corroded and so outdated that no replacement parts exist if they stop working.

Chance said with the extra revenue coming in, Peru Utilities hopes to launch renovations in early spring and wrap up construction in about 12 months.

The new rates will take effect Jan. 2 and customers will see higher bills starting in February.

The rate increase will especially hit the major water consumers around Grissom. Chance said the prison uses nearly 50% of all the water cleaned by the plant, and will be paying nearly $200,000 more a year under the rates.

Grissom Air Reserve Base, which uses around 11% of all the water, will also see a substantial increase in its bill, as well as major businesses such as Dean Baldwin Painting, which operates out of a renovated airplane hangar near the base and uses a lot of water.

Under the current rates, residents and businesses around Grissom have one of the lowest water bills in the state.

Chance said even with the rate increase, customers will still be paying less for water than many larger cities and towns around the state. People who use 4,000 gallons of water a month pay $67 in Bunker Hill; $40 in Huntington; and $39.84 in Kokomo, Warsaw and Wabash.

Peru council members voted on the rate hike without discussion Monday. Chance said he was glad the measure passed to allow the utility to fund the renovation project to make sure it operates safely far into the future.

“This is the best solution for the rate payers and the people we serve to ensure they have clean water and our operations are running efficiently,” he said Tuesday.