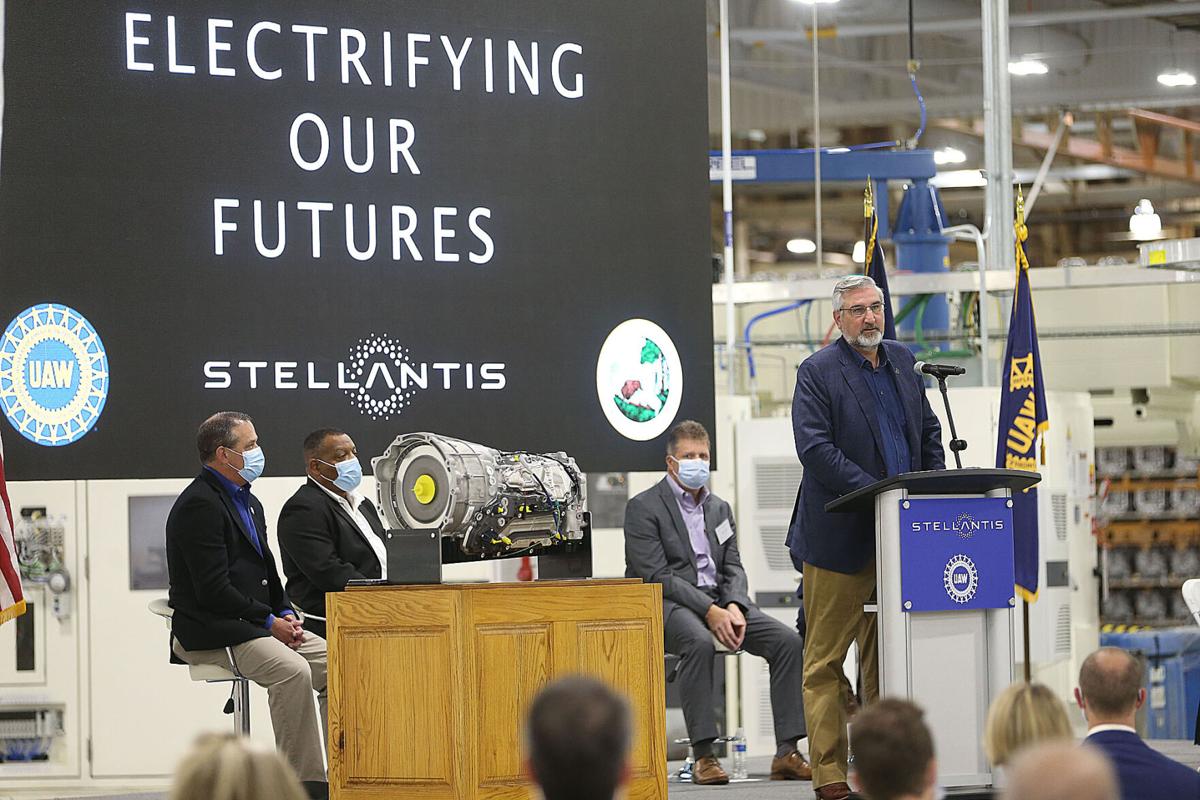 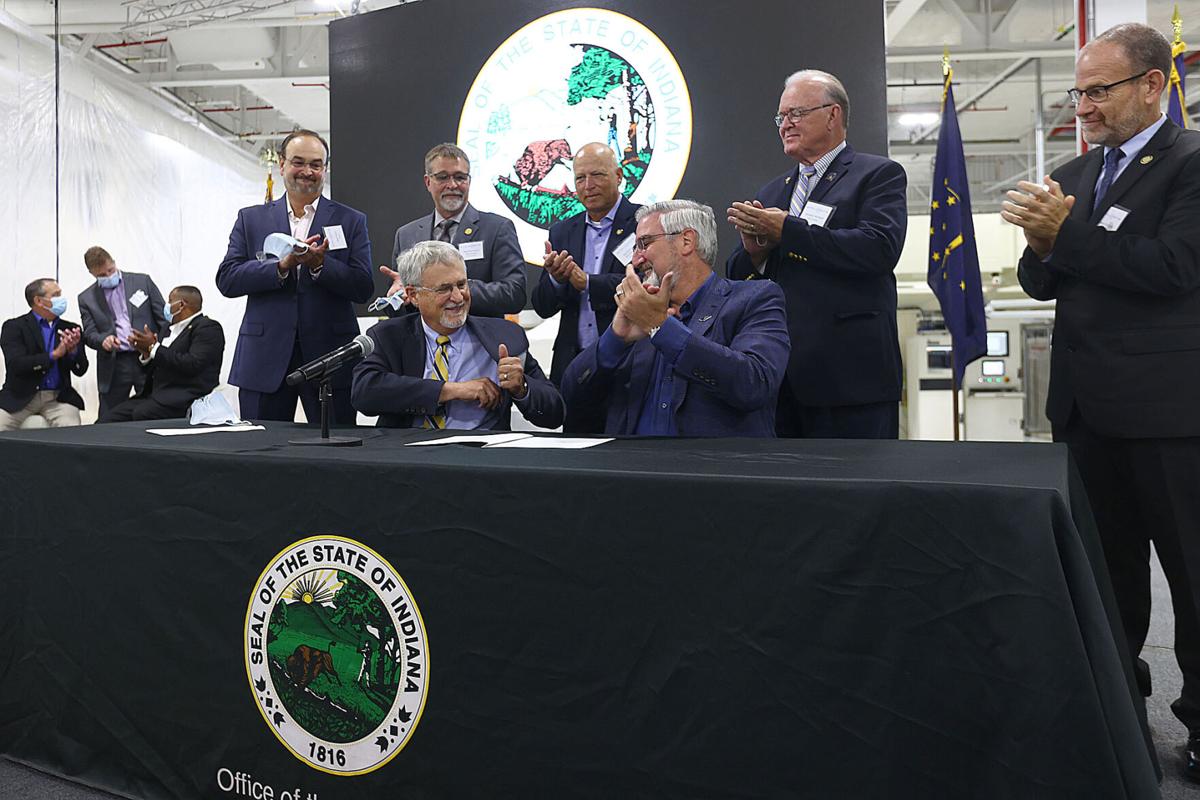 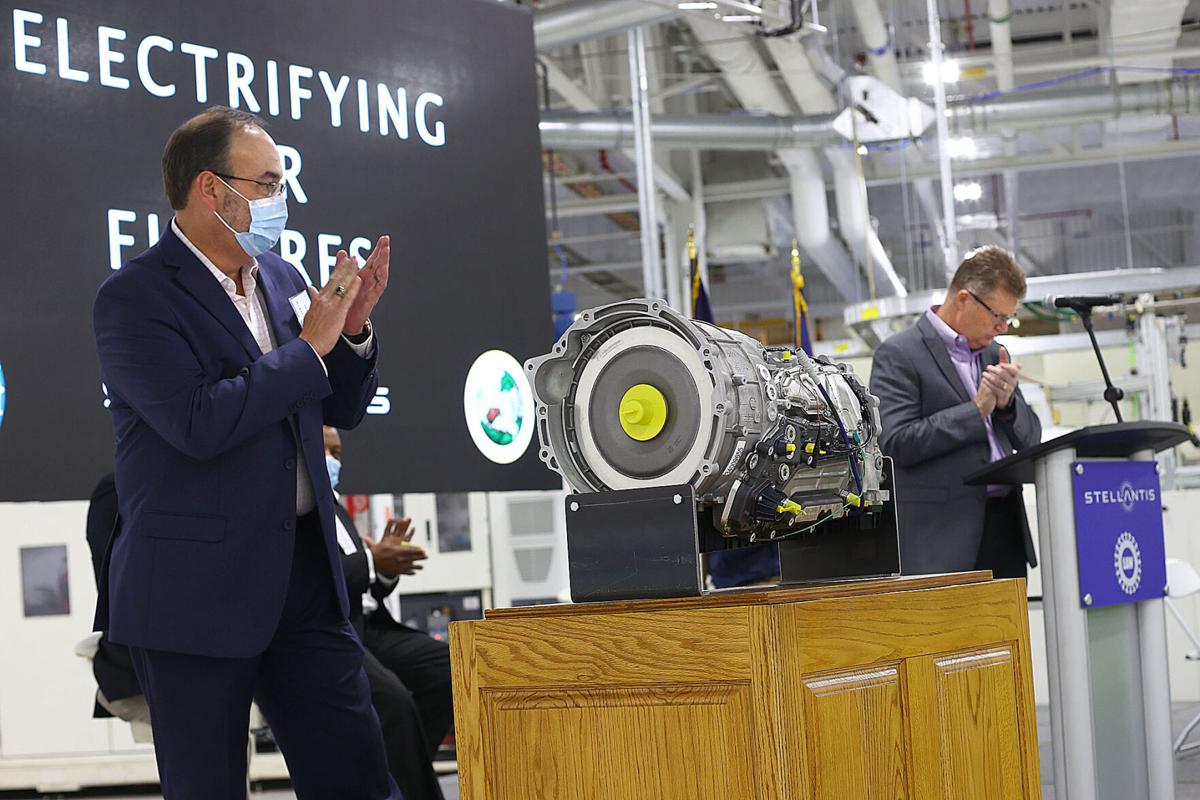 Stellantis is investing $229 million to retool three local plants to begin producing a new 8-speed transmission that can be paired with both hybrid and plug-in engines in a move that will keep all employees onboard.

Brad Clark, the company’s head of powertrain operations, said the money will be used to retool the Kokomo Casting, Indiana Transmission and Kokomo Transmission plants to produce the fourth-generation 8-speed transmission.

Clark called it a versatile, multi-tool transmission that can be paired with not only mild hybrid and plug-in hybrid propulsion systems that are used in Jeep, Ram, Chrysler and Dodge brands; it can also be paired with traditional internal combustion engines.

He said that will give the company the flexibility to adjust production as consumer demand grows for its quickly expanding electric fleet.

“It also offers consumers the opportunity to get familiar with this technology and explore all of the benefits that can come from electrification,” he said.

The move marks a significant step in the company’s strategy to have 40% of its sales made up of low-emissions vehicles by 2030 in the U.S.

That commitment came in July, when Stellantis said it would invest $35 billion into electrification and software through 2025 as part of its long-term electrification strategy.

The launch of the new 8-speed electric-compatible transmission will start a new chapter in the city’s long history producing the part, which dates back to 1937, when Chrysler took over the Haynes-Apperson plant on Home Avenue to produce manual transmissions.

In 1955, KTP launched building 3-speed automatic transmissions, which at the time were some of the most technologically advanced in the industry.

“Nearly 70 years later, we’re here announcing the next technological advancement for our future, right here in this facility,” Clark said. “We’re proud to be a part of the Howard and Tipton county communities and be embedded in the fabric of this area.”

The new 8-speed will bring even more workforce diversity to the Kokomo plants, Clark said, as well as new opportunities for employees.

“Kokomo is well known not only in the mobility industry, but globally for its casting, machining and assembly capabilities — all four competencies that are needed as we transition to electrification in the future,” he said.

Those engines will also be compatible with EV technology and play a pivotal role in expanding Stellantis’ electric engine options. The facility is set to open by the end of the year.

Holcomb said the state was grateful for the company choosing to continue to invest in Howard County, and vowed his administration would work to ensure the company had everything it needs to succeed.

The announcement also served as the site where Holcomb signed House Bill 1168, which establishes a new commission to investigate electric vehicle production in the state.

The bill was spearheaded by Rep. Mike Karickhoff, R-Kokomo, who said the commission will take a hard look at Indiana’s automotive capabilities and work to make the state a world leader in the industry.

“We’re seeing electric vehicles take up a growing portion of the automotive market, and that percent of sales is only expected to grow,” he said. “This is an industrial revolution that has not been seen since Elwood Haynes ran the first automobile down Pumpkin Vine Pike right here in Kokomo.”

Jodi Tinson, the company’s manager of media relations, said in a separate interview that no official production timeline has been set when the plants will be retooled to launch the new 8-speed. She said the investment is retaining 662 jobs that might have been lost without transitioning to the new transmission.

Wayne Blanchard, director of UAW Region 2B, said in the end, it’s the local workforce that gave Stellantis the confidence to make the $229 million investment in Kokomo, and he thanked the company for trusting its workers.

“At the end of the day, it’s the UAW members who are touching that steel, pressing those buttons and putting those components in the transmissions and engines that’s making this possible,” he said. “All I want to say is: Keep up the good work.”

Clark agreed, saying the company would continue to focus on the workforce as it transitions to more EV technology.

“As our industry continues to change, our focus must continue to be on our most valuable asset — our people,” he said.