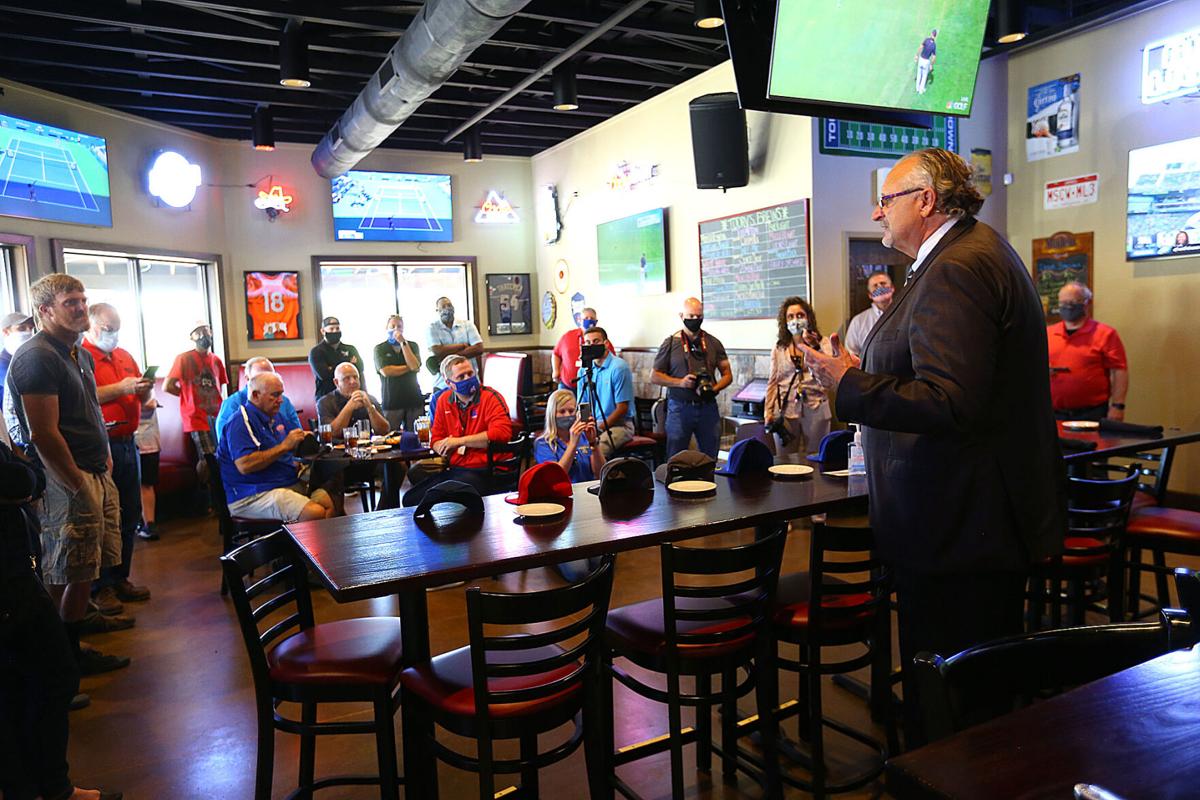 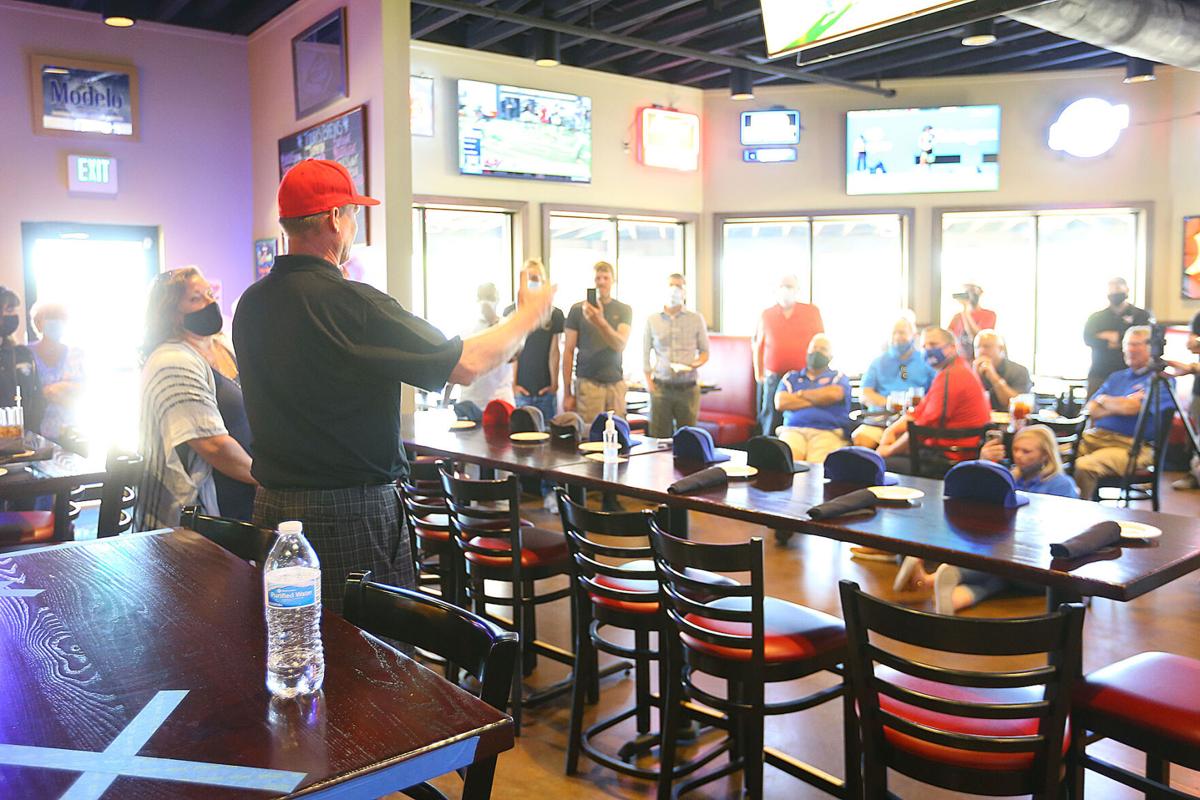 Mark Jansen talks about his involvement and what it means to him and Kokomo to have this sports addition come to Kokomo. 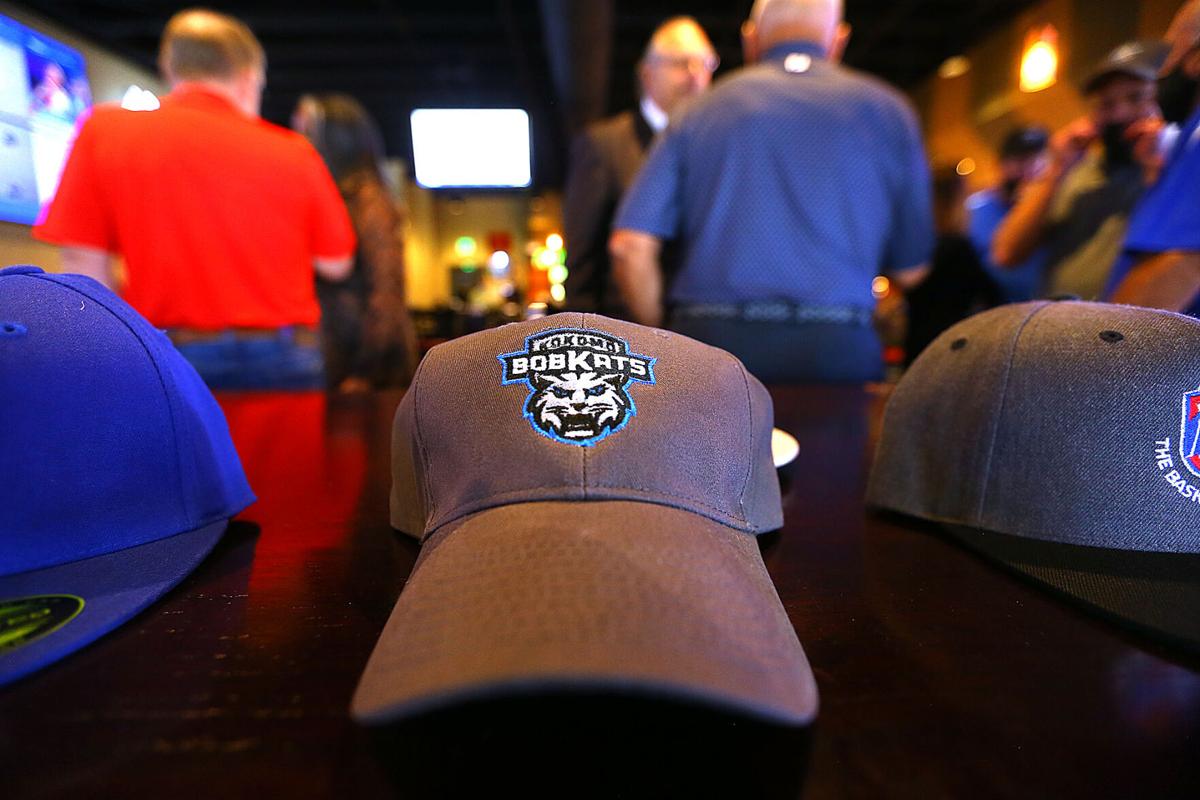 A Kokomo BobKats hat was displayed at the announcement that a pro basketball team is heading to Kokomo. Tim Bath | Kokomo Tribune

Mark Jansen talks about his involvement and what it means to him and Kokomo to have this sports addition come to Kokomo.

A Kokomo BobKats hat was displayed at the announcement that a pro basketball team is heading to Kokomo. Tim Bath | Kokomo Tribune

Kokomo is getting its own professional basketball team that league officials say will bring high quality entertainment from top-notch athletes.

The Kokomo BobKats will be the 21st team to join The Basketball League (TBL), which started four years ago and now has teams in cities across the country.

League officials made the announcement Friday at Pastariffic, where city and county officials joined two local entrepreneurs who own shares in the new team.

Tryouts will start later this month to hire professional players to fill out the roster. The inaugural season will start in March, but a venue where games will be played has not yet been announced.

TBL President Dave Magley, who was named 1978’s Indiana Mr. Basketball and formerly served as the commissioner of the National Basketball League of Canada, said the league had been eyeing Kokomo for a team for some time.

But it was Jim “Jimbo” Rayl, whose father Jimmy Rayl was the legendary Kokomo basketball star, who helped the team find its way into the city.

Rayl introduced Magley to Mark Jansen, a local business owner, who ended up buying a share in the team. Jansen brought on Jeff Beeler, who lives in Sharspville and is the president of operations at Marion All Star Staffing. Beeler is now the majority owner of the BobKats.

“The secret to success in this business is your ability to know your community,” Magley said. “ … You’ve got to find local people you can work with.”

Beeler said one of his main focuses will be recruiting players who were former athletes at local schools around North Central Indiana.

“We think that’s very important that our players consist of lots of guys who have played around here,” he said.

Players could include athletes from Division 1 through Division 3 schools looking to start their professional careers, or players who have played overseas for years and want to stay in the U.S. Players could also be former NBA athletes who want to extend their careers.

But no matter who ends up on the roster, the talent is sure to be top-notch, Magley said.

“The level of play will speak for itself,” he said. “You’ll find it looks like the NBA, but we can’t afford big guys, so we’re a lot faster, we’re a lot quicker and we score a lot more points. It’s entertaining. Our players are really good.”

Magley said the season will kick off in early March and consist of 12 homes games and 12 away games that culminate in an NBA-style playoff. The league follows most NBA game rules.

He said next year’s season should be particularly interesting, since Anderson and Indianapolis also got TBL teams this year.

“The reality is we’re going to have some cool rivalries going on where fans can literally get in their car and drive to games, like back in the days when we played high school basketball,” Magley said.

But the BobKats will bring more than just a professional basketball league to the city, said TBL CEO Evelyn Magley, a former community engagement director for a team in the National Basketball League (NBL) of Canada who is married to Dave Magley.

She said the team will be a community partner that aims to give back, help out and serve as role models for the area’s kids.

“The most important part about TBL is community,” Evelyn Magley said. “It’s a vision that uses the platform of basketball to bring communities together.”

She said outreach efforts include daytime games for students, with programming at halftime centered on issues such as bullying, self-confidence and reputation safety. Players will also make special visits to schools to talk to students.

Kokomo Mayor Tyler Moore said he was in “hook, line and sinker” when he heard about the team coming to the city, but what really made him excited was the league’s community focus.

“I was really excited to see what the basketball league was going to bring to Kokomo,” he said.

Beyond the community outreach, the league is sure to also be a financial boon for the city and the players, Evelyn Magley said.

Every game will be livestreamed in over 145 countries, she said, with opportunities for local sponsorships to be seen all over the globe, and a chance for players to get international exposure.

“Your community will be seen around the world, and it will also give you a platform for sponsorships and for people who want to take their messages beyond the walls of Kokomo,” she said.

Dave Magley said since the league started four years ago, players have went on to play professionally in over 116 countries, and over 50% of league players will leave after a year because they move onto a larger market. He said those numbers help recruit top-notch talent to join up with the TBL.

But in the end, the main focus of the BobKats will be bringing an exciting, family-friendly entertainment option to a city steeped in basketball history, said team co-owner Jansen.

“We are excited to be a part of bringing professional basketball to Kokomo, because of our love of the game, love of people and love of our community,” he said. “But we’re going to need the whole community to follow us and support us, because without the community, this is nothing.”

Good news has arrived in Kokomo.