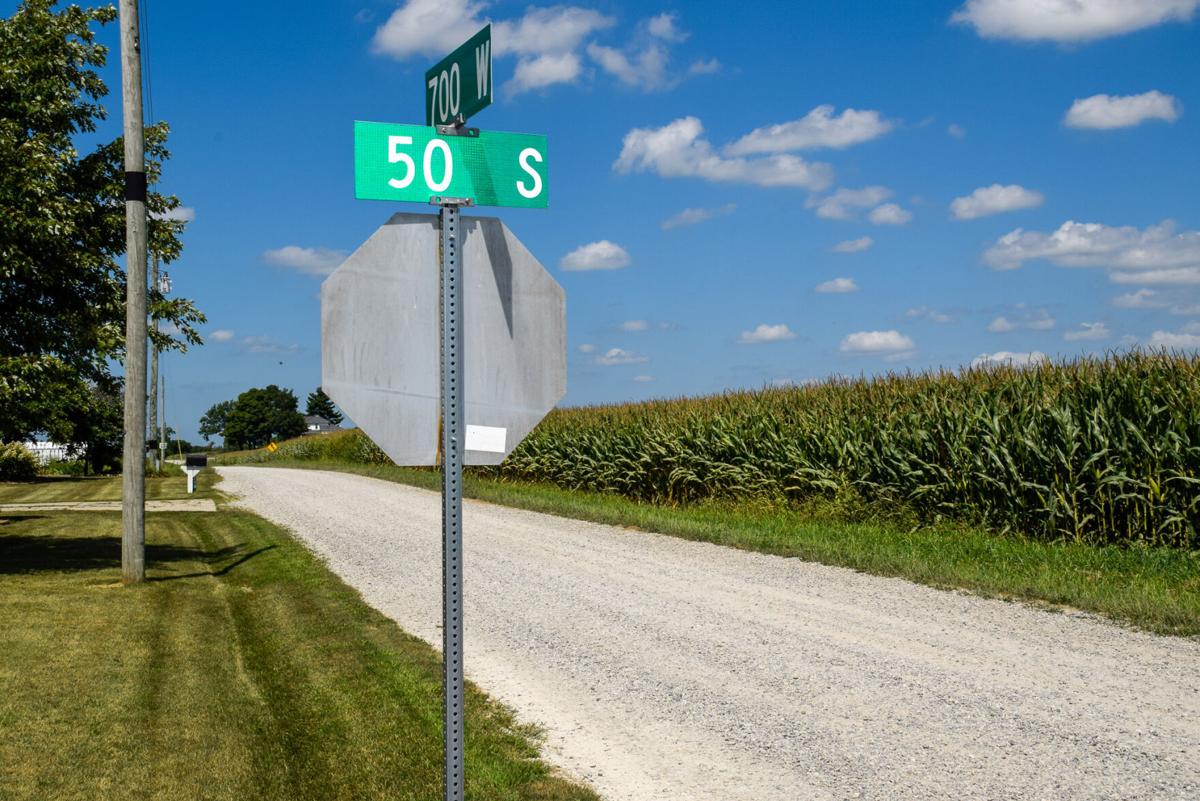 County Road 700 West, which is a typical gravel road, has been picked to be converted to pavement in 2022. The Boone County Highway Department has a scorecard to decide which roads get converted. 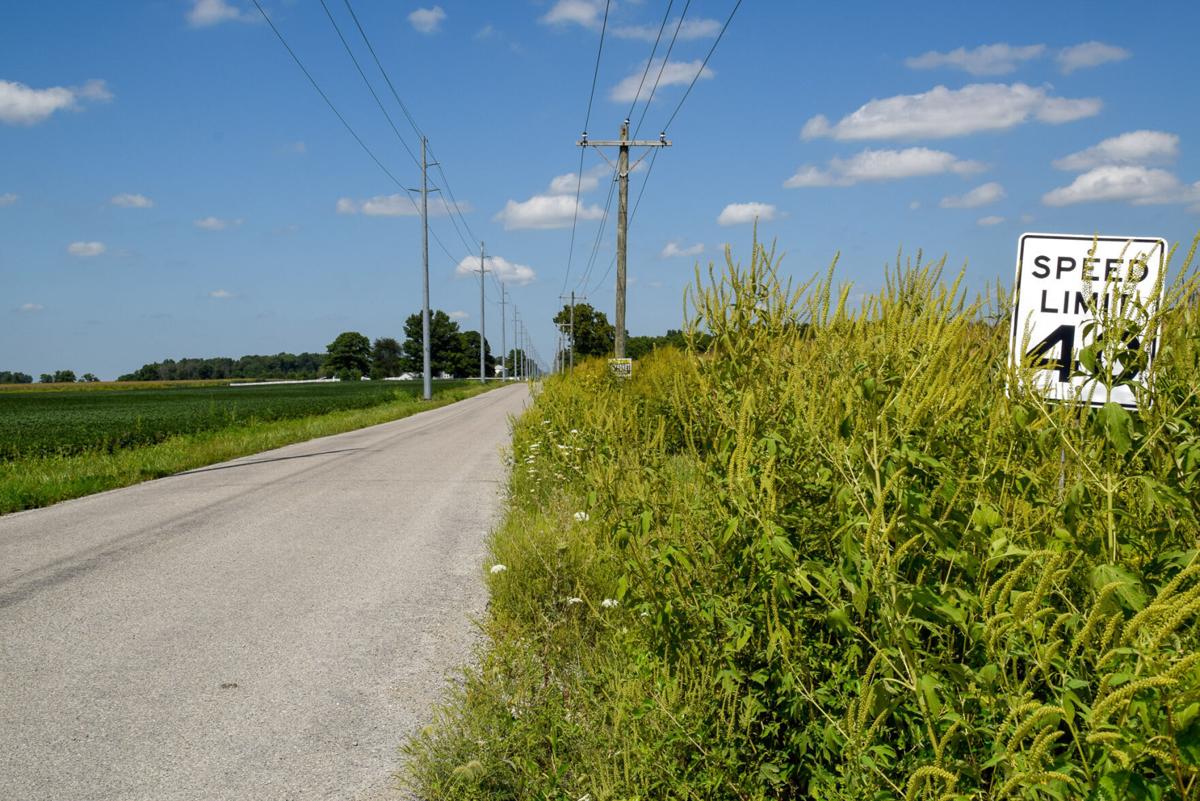 County Road 600 West has been paved near Indiana 32. In fact, the road was partially picked to be converted because it intersected with a state road. 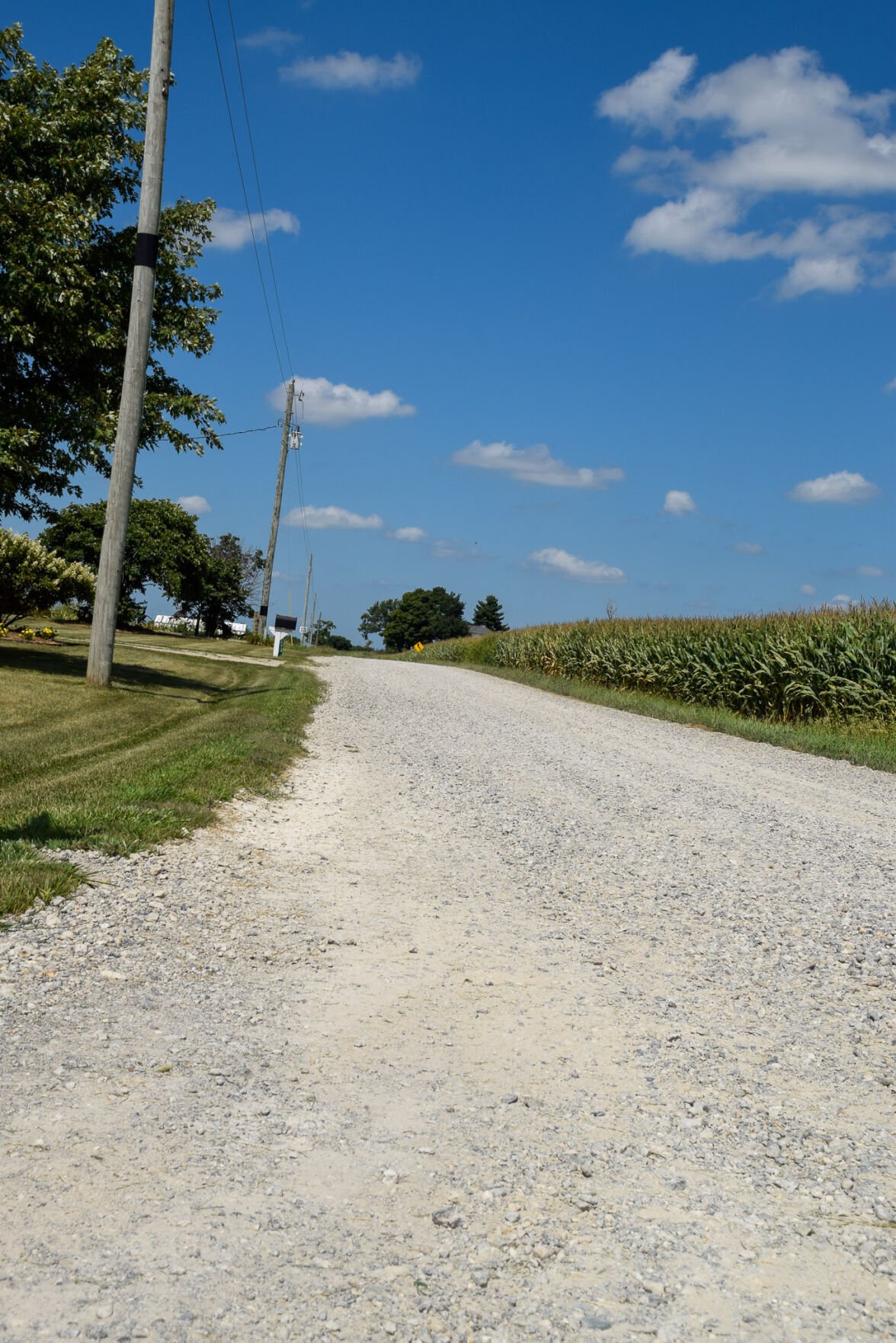 County Road 700 West, which is a typical gravel road, has been picked to be converted to pavement in 2022. The Boone County Highway Department has a scorecard to decide which roads get converted.

County Road 600 West has been paved near Indiana 32. In fact, the road was partially picked to be converted because it intersected with a state road.

Boone County has more than 320 miles of gravel roads. So it's no wonder the No. 1 request of the county highway department is converting the rocks to pavement.

Parr knows. He said he grew up on a gravel road and wouldn’t do it again. He understands and can sympathize with residents who want to get their roads converted, but says it takes money.

Paving a gravel road can cost about $125,000 per mile, and there isn’t tons of excess money in the budget to do that. Last year, no roads were converted. In 2019, only one mile of road was converted. Next year, Parr has enough money from a bond issue to pave up to 7 miles.

But which roads are chosen? How does the highway department choose which roads to convert?

There is a formula for getting your road paved, and chewing the ear of your local commissioner has nothing to do with it.

It’s called the Roadway Conversion Program, which scores each application for paving. Parr said the most important step is to apply for the conversion. So he eagerly talks about the program, which makes the decisions clear.

In his 15 years with the highway department, Parr said he’s heard it all when it comes to tactics people use to get their roads paved. One caller claimed the department was trying to kill her with the dust kicked up after grading. Another likened the potholes on his road to a third-world country.

Conversely, there are people who don’t want their road paved.

“There are people right now that would fight it tooth and nail,” he said. “The thought is you get more traffic as soon as you make it blacktop and (the vehicles) go faster.”

The other argument is a paved road invites people to move in, and some residents like the uncluttered space.

Still, more people want the pavement. They want to live on a road with no dust, especially since dust control is not offered by the county.

The department faced a problem in choosing roads for conversion — chiefly, justifying the cost to the county council and the selection to the county commissioners. So two years ago, Parr and former highway department director Craig Parks devised a scoring system to justify conversions.

“We wanted to make it transparent and say this is the criteria,” Parr said. “We made it standardized, objective and transparent.”

Since then, more than 40 applications have been submitted, indicating the popularity of the topic.

Parr said the department deals with segments usually starting at a mile, typically between two intersections. Each petition must include a point person who communicates with the department.

After that, high scores move up the ladder based on eight features that are weighted in terms of importance. Six of the categories are based on road characteristics assigned by the Boone County Highway Department, which residents have little control over. However, there are two factors that are controlled by the road residents.

Cost – The cost of a project is a significant factor. The higher the cost to convert, the lower the score.

Average Daily Traffic – If only 100 cars travel the road in a day, it doesn’t make sense to put that ahead of a busier gravel road. The highway department determines ADT. Parr said a traffic count for 2019 applicants showed only one gravel road got more than 100.

“If (the road) gets above 500 cars a day, then you’re seeing a lot of effort on our part to take care of that road,” Parr said “Five hundred cars a day is a lot on a gravel road. That’s where it bends the threshold. That’s where it needs to be converted because we’re going to be out there working on it.”

Termini – This is an industry term that just means the highway department will look more favorably on a project if the segment connects with blacktop roads on both ends or terminates. It scores less if only one or none of the connecting intersections are blacktop roads.

Thoroughfare plan classification – The department has classifications for the roads, ranging from a local road, which sees little use, to a major vehicle artery, which is expected to be an important thoroughfare in the future.

Connectivity – You stand a better chance of getting your road paved if it connects to a collector, arterial or a state road.

Parallel to a state road – This is a factor, because these local roads are used for detours from the state road.

The next two categories are where residents can have an impact on the scoring.

Public support – The more landowners on the segment who sign the petition to get the road paved is very important, but it must be the owners of the parcels. Parr said there may only be three houses on the road, but six parcel owners.

“What we’ve found, more than anything, is this is what moves peoples’ score up the most,” Parr said.

The department will help with the names of parcel owners and how to contact them.

Dedication of right-of-way – This is the most valuable piece of the application and carries the most weight. It consists of the percentage of parcel owners who are willing to dedicate the land needed for a right-of-way.

“We don’t have dedicated right-of-way,” Parr said of the county’s smaller roads. “It got done back in the day, but didn’t get recorded.”

There is a process to dedicate the strip of land, but it is only preliminary, Parr said.

“They just check a box at this point,” he added about the dedications. “We don’t make them do it unless we agree to convert the road.”

There are a few more factors to determine a winning application, such as hills or road alignment. Also, the more often the highway department is out fixing the road is another factor.

Adding it all up

Finally, scores can be increased based on the financial participation of the parcel owners on the final cost of the project. Parr said it’s not a lock if you contribute, but it can hurt an application if there is no willingness to pay for some of the costs.

“Now, we’re talking about spending less taxpayers dollars to get roads converted,” he added. “It’s a win for the county.”

Applications are taken until June 1 of each year. However, construction is usually 18 months out. Parr said the 2021 applications probably won’t get paved until the 2023 construction season.

For more information about the roadway conversion program, visit the highway department’s webpage at boonecounty.in.gov.