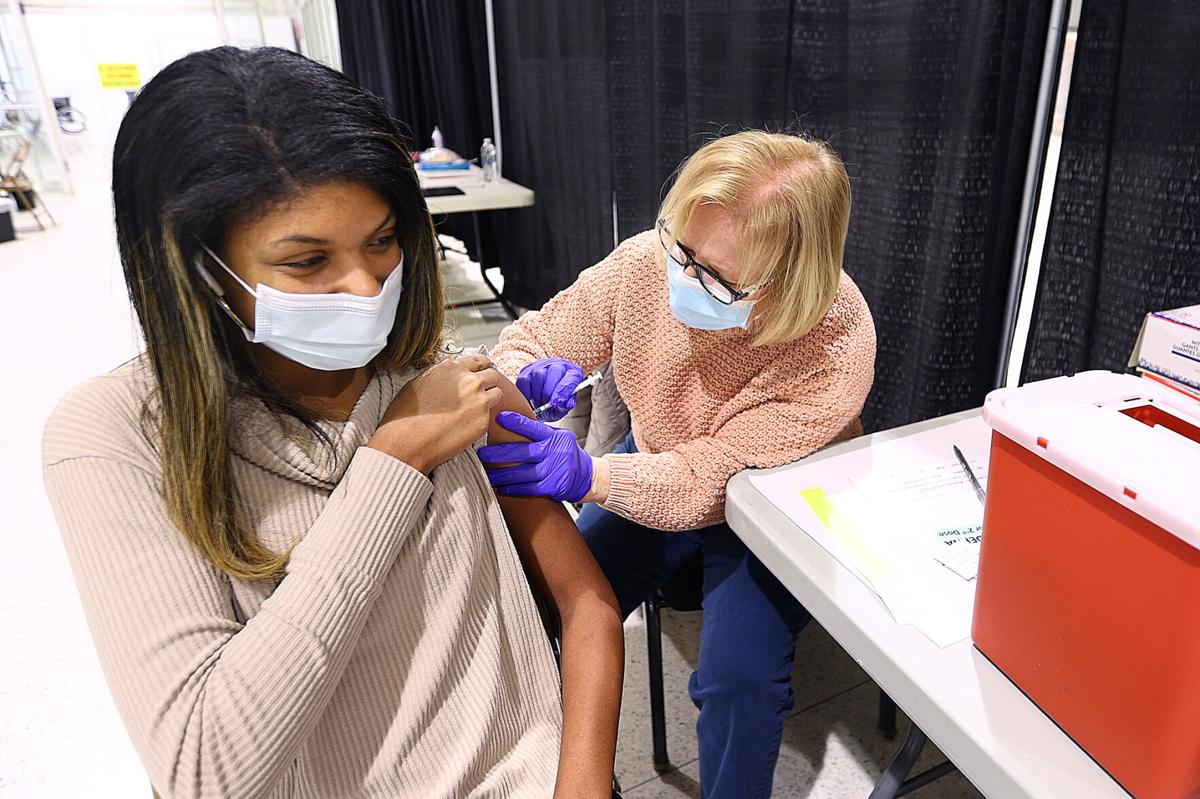 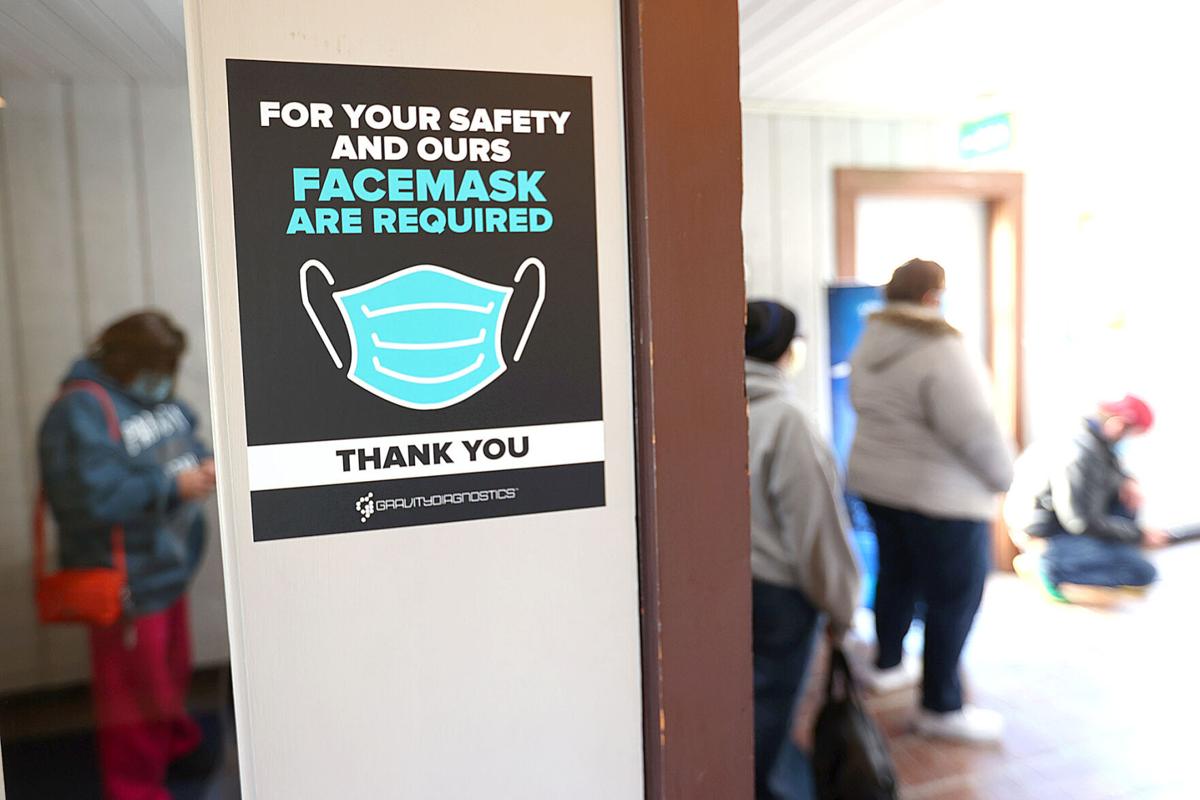 People wait outside of the Gravity Diagnostics testing site at 1608 Kirk Row in Kokomo for a COVID-19 test on Tuesday.

People wait outside of the Gravity Diagnostics testing site at 1608 Kirk Row in Kokomo for a COVID-19 test on Tuesday.

The number of new COVID-19 cases in Howard County spiked to an all-time high in the past week as the highly contagious omicron variant burns its way through the U.S.

In just two weeks, the average number of new cases has skyrocketed from 45 on Dec. 28 to the current average of 178, marking a 390% increase.

The county’s seven-day average positivity rate Jan. 11 sat at 37.2%, according to data from the Indiana State Department of Health.

Jennifer Sexton, head of the nursing division of the Howard County Health Department, said the new cases in the county are unprecedented, and that can be seen in the line on the COVID charts generated by the ISDH.

“It’s straight up in the air for our seven-day moving average,” Sexton told the Howard County Board of Health on Jan. 10. “It’s literally a vertical spike.”

It’s the same for school-aged children. According to data provided by the health department, the seven-day average of new cases climbed from nine at the start of the year to 25 on Jan. 10.

The spike comes mostly from the omicron variant, which spreads even more easily than other coronavirus strains, and has already become dominant in many countries. It also more readily infects those who have been vaccinated or had previously been infected by prior versions of the virus.

However, early studies show omicron is less likely to cause severe illness than the previous delta variant, and vaccination and a booster shot still offer strong protection from serious illness, hospitalization and death.

That’s shown in the number of hospitalizations in Howard County. The record-setting explosion of new cases has led to an increase in admissions, but the numbers aren’t nearly as high as they were during the outbreaks at the beginning of 2021 and throughout the summer, according to data from the Centers for Disease Control and Prevention.

But that will likely change.

George Mast, communications manager at Community Howard Regional Health, said the number of COVID patients coming to the facility have averaged in the low 20s in recent days, including those in the emergency department.

County Medical Officer Dr. Emily Backer said those numbers need to come down, or the county’s health care facilities could be overwhelmed.

“We can’t have everybody getting omicron at the same time, because it’s too many people with this rapid spread,” she said during Jan. 10’s meeting. “The hospitals can’t handle it.”

Mast said that across all its hospitals, most of which are in Indianapolis, Community Health Network has about 250 COVID-positive patients. He said that’s about 1 in 3 to 1 in 4 beds being taken by COVID patients — the highest number the network has ever had since the pandemic started.

“We continue to closely monitor the number of positive cases reported and have taken steps to expand access to care in anticipation that we have not yet hit the peak of the current surge,” Mast said in an email.

Eric O’Banion, a pediatric doctor at Community Howard and member of the County Health Board, said that assessment has put his office on edge.

“We feel a little nebulous about where we might be going with this,” he said during the meeting. “It’s either starting to slow back down or we haven’t seen the peak. We don’t know. It’s kind of like being in the eye of the hurricane.”

Mast said some elective surgeries have already been delayed to help with bed capacity, and resources within several outpatient areas are being shifted to add additional staff in inpatient areas.

On top of that, several of the primary care practices in Kokomo have extended hours and increased testing to help ease the burden at the emergency department, he said.

“We ask those who need COVID testing only, do NOT come to our emergency departments, but rather contact your primary care provider, utilize testing locations or an at-home test,” Mast said in an email. “Emergency visits should be only for those needing emergent care.”

Meanwhile, the number of people getting vaccinations has dwindled significantly.

Sexton said most people coming to the county’s vaccine clinic at the Kokomo Event and Conference Center are there to either receive a booster or a second dose of the vaccine. She said only a handful are coming to get their first vaccine shot.

In Howard County, 48.4% of eligible residents have been vaccinated — a number that has remained mostly stagnant for weeks, according to data from the State Department of Health. For comparison, the county’s vaccination rate was 43% in August.

Mast encouraged anyone not yet vaccinated to do so to help stop the explosion of new cases.

“Even with our best efforts, we continue to need the public’s help in stemming this tide,” he said. “Please get vaccinated, boosted, wear masks and social distance to help prevent the spread of COVID-19.”