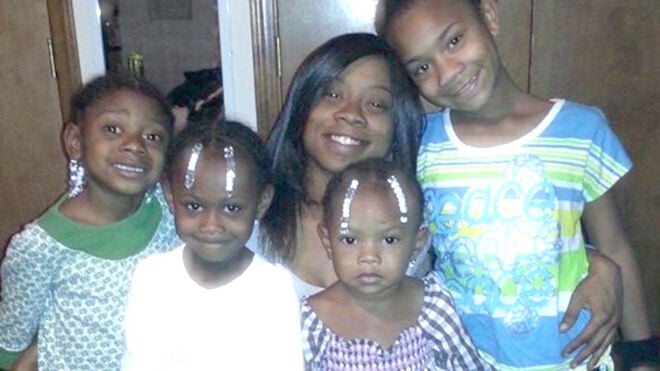 In this photo provided by family, Keyana Davis, Keyara Phillips, Kerriele McDonald and Kionnie Welch are shown with their mother, Gaylin Rose. 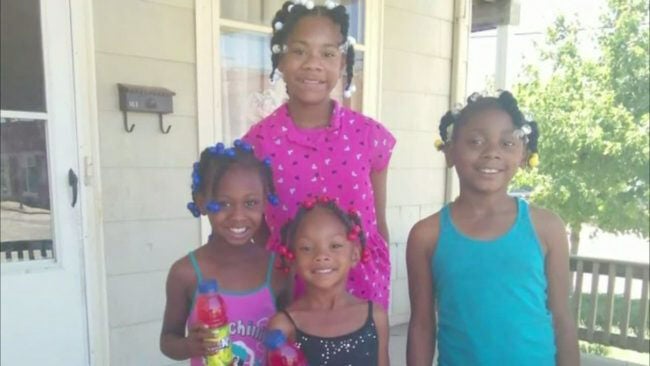 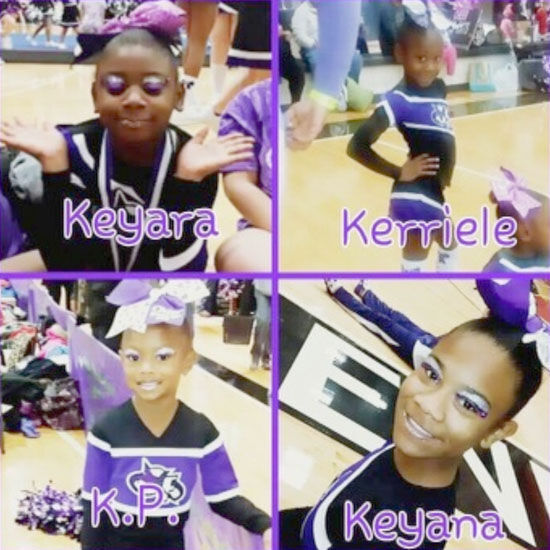 In this photo provided by family, Keyana Davis, Keyara Phillips, Kerriele McDonald and Kionnie Welch are shown during cheerleading.

In this photo provided by family, Keyana Davis, Keyara Phillips, Kerriele McDonald and Kionnie Welch are shown with their mother, Gaylin Rose.

In this photo provided by family, Keyana Davis, Keyara Phillips, Kerriele McDonald and Kionnie Welch are shown during cheerleading.

There are images that Delphi resident Jacqueline Partlow has permanently engrained in her mind.

Four little girls, splashing around in a backyard swimming pool on a hot summer day, toothless grins spread across their faces.

Those same little girls clad in cheerleading uniforms, excited to show her their latest moves.

Birthday parties, holiday get-togethers or even just random Saturday afternoons — Partlow can still see them all when she closes her eyes.

She holds those images near and dear to her heart, too, because those types of memories of her four great-nieces are all she has left now.

On Nov. 21, 2016, 11-year-old Keyana Davis, 9-year-old Keyara Phillips, 7-year-old Kerriele McDonald and 5-year-old Kionnie Welch were killed when a fire broke out in their Flora residence.

Also injured in the fire were the children’s mother, Gaylin Rose, a Carroll County deputy and a Flora police officer.

The news of the fire and the girls’ deaths tore through the sleepy town of a little over 2,000 people.

But for Partlow and the rest of her family, the fire did a lot more than that.

It completely gutted them, she said.

And even now, five years later, the frustrations and unanswered questions as to why the girls died are still there, as is the grief.

“We’ve been struggling a lot the last month or two,” Partlow said, alluding to the anniversary of the girls’ deaths, “but it’s nothing that we can’t handle because we’re a very spiritual family. We know God is in control of everything that’s going on, and we know that justice will be served. But the journey hasn’t been easy.

“When my girls died, we lost the whole world that day,” Partlow added. “… I know for me, I have a lot of resentments, and I have a lot of things going through my mind about the whole situation. But at the same time, the Bible says that if you be still and wait, God will show you everything you need to see. … Only thing I know is I miss those girls, but God has it under control.”

Partlow noted that some days are harder than others, admitting that Sunday’s anniversary will likely be one of those harder days.

On Sunday afternoon, a special ceremony commemorating the fifth anniversary will be held at Crown Hill Cemetery in Indianapolis — where the girls are buried — Partlow noted, with friends and family either in attendance or tuned in to the event through FaceTime.

One of those family members will be Rose, who Partlow credited with being the “spirit” of the family over these past five years.

“I don’t know how she gets up every day,” she said. “She gets up every day, and she goes to work and works all day, sometimes all night. She runs two or three gas stations. She’s the manager. Her spirit is something that we just hang around her. We put our arms around her. We call her all the time. We FaceTime. I always text ‘I love you,’ and she texts me right back. I call her, and she calls me right back.

“They’ll always be little girls,” Partlow added, when asked how she handles time continuing to march forward. “But we also celebrate their birthdays. We know that these girls would have been this age and this age, and we let (Gaylin) talk it out on their birthdays. These girls will never be forgotten, that’s for sure. But we sometimes just have to go day by day and rally around (Gaylin). Her strength a lot of times helps us.”

That strength also comes through in the family’s fight for justice, Partlow noted.

In January 2017, two months after the fire, investigators with the State Fire Marshal determined the incident to be incendiary after accelerants were found in several locations of the home.

And though there have been leads in the investigation, no arrests have yet been made in the case.

It’s frustrating to say the least, Partlow admitted, adding that the family can’t publicly speak about pieces of the investigation.

But she’s hopeful that someone knows something and will eventually step forward.

“If you know, just tell,” she said. “If you didn’t do it, and you know who did it, just call me. Just, I’ll go with you to the … I’ll do whatever it takes. Just say something. Just say something. … Gaylin will never get her girls back, but give her some kind of closure. … But we know that God’s going to take care of it, and I just hope that it’s sooner rather than later.”

Partlow then took a few moments to directly address the person or people who might have been involved in possibly setting the fire in the first place.

“For somebody to be so hateful, to set a house on fire because they were p----d off or whatever the case may be,” she said. “That you can just walk around and be happy, be normal. You destroyed a whole family, and you’re walking around somewhere. … (The girls) are the only kids that (Gaylin) will ever have, and you took that from her, from us.”

A reminder, Partlow continued, that life is not always guaranteed, so it’s important to hold on tightly to every precious moment with your loved ones.

And as for her great-nieces, Partlow noted that she knows their memories will live on through the countless photographs and endless stories her family continues to share.

Anyone with information that can lead to an arrest in this case is urged to contact the Indiana State Police at 1-800-382-4628.