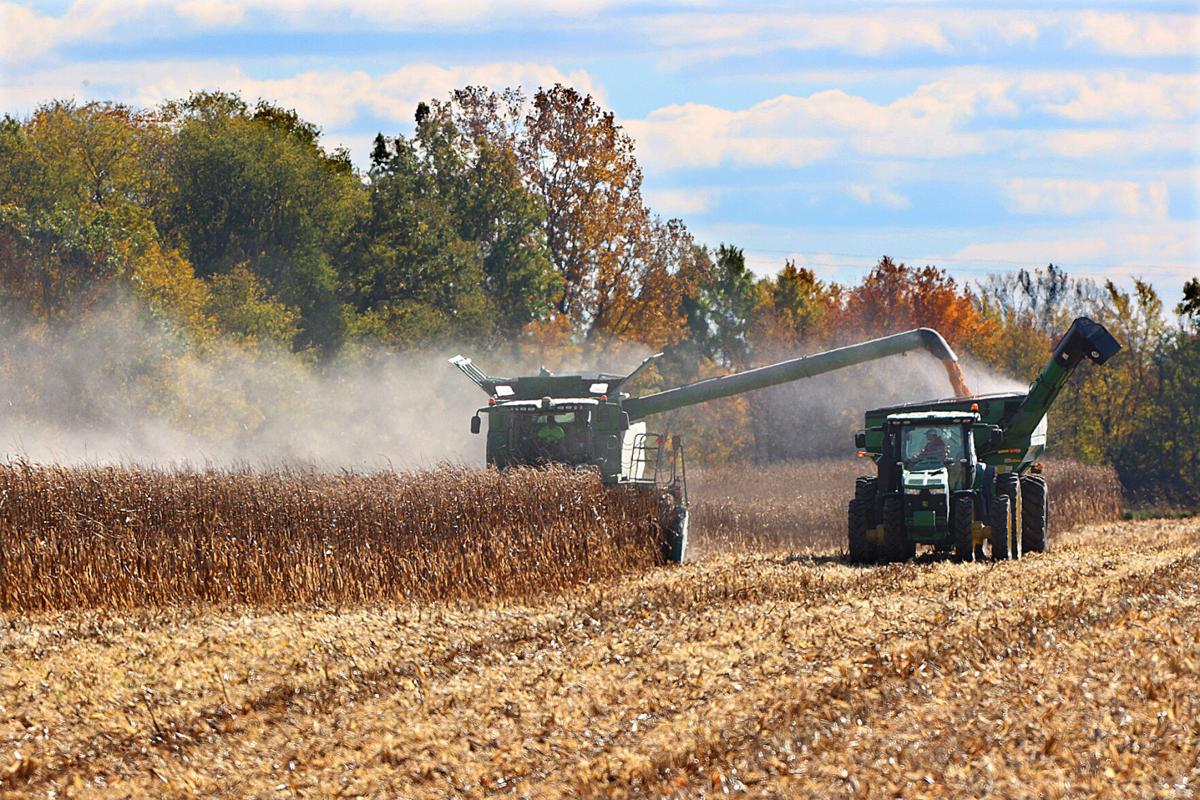 Corn is harvested by Bill Zwiefelhofer and loaded to a bin driven by Corbin Moulder on the Ethrington Farm at 650 West and 500 South earlier this month. 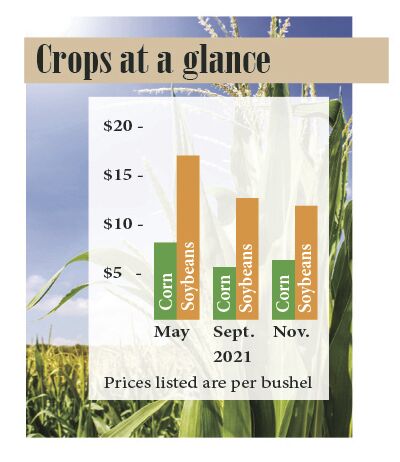 Corn is harvested by Bill Zwiefelhofer and loaded to a bin driven by Corbin Moulder on the Ethrington Farm at 650 West and 500 South earlier this month.

Add it all up, and it’s been a trying harvest for local farmers, many of whom are still taking down crops more than two weeks later than normal.

Daryl Maple, who grows corn and soybeans in eastern Howard County, said long periods of rain in the last month have thrown major wrinkles into the harvesting season and forced growers to reprioritize their operations.

“It’s been a lot of fits and starts,” he said. “We’ve just been flexible and go when things are right, but patience is the big thing you have to worry about this year.”

However, decent weather in the past couple weeks has allowed most farmers to make a major dent. Maple estimated over 90% of beans and over 80% of corn has now been harvested in Howard County. He said yields so far are well above average.

That comes as corn and soybean prices have made a significant rally in the last two months, marking the most recent price swing in what has been one of the most volatile crop markets in a decade.

Maple said the huge price swings can be tied to the ongoing issues in the global supply chain caused by the pandemic, as well as a tight commodities market that has made prices skittish.

“You get a whisper of something positive or negative, and the markets will make a huge sway in one day,” he said. “Volatility is the key this year. Lots and lots of volatility. You just try to hang on and ride it out and stay positive.”

Maple said that although prices are down from earlier in the year, they’re still better than last year. Combined with solid yields, he said, the financial outlook is strong.

But that’s not the case next year due to an unprecedented spike in input costs such as fertilizer, seed and gasoline. Ammonia nitrate fertilizer alone has more than doubled since January, when the average cost was around $500 per ton. Today, farmers are paying $1,200.

James Mintert, director of Purdue University’s Center For Commercial Agriculture, said those cost increases are set to put a major dent in farmers’ profits next year. He said that in just a year, the cost to break even on growing a crop has gone up by $1 a bushel.

“The numbers are shocking,” he said. “That’s all you can really say ... I don’t think we’ve ever seen a rise in production costs as rapid and as large as what we’ve seen just these last few months.”

Maple said he’s already planning and budgeting on how best to deal with the huge spike in input prices during next year’s season, but there aren’t many ways around the fact that shrinking profits are on the horizon.

“I don’t know of a single input that has come out with a decrease for next year,” he said. “Everything is costing us more. It’s all going up.”

But for now, Maple said, he’s just happy this year’s harvest is coming to an end with big yields and solid prices after a season of fits and starts.

“It all worked out,” he said. “We got it all done. We just shifted how we normally do it.”