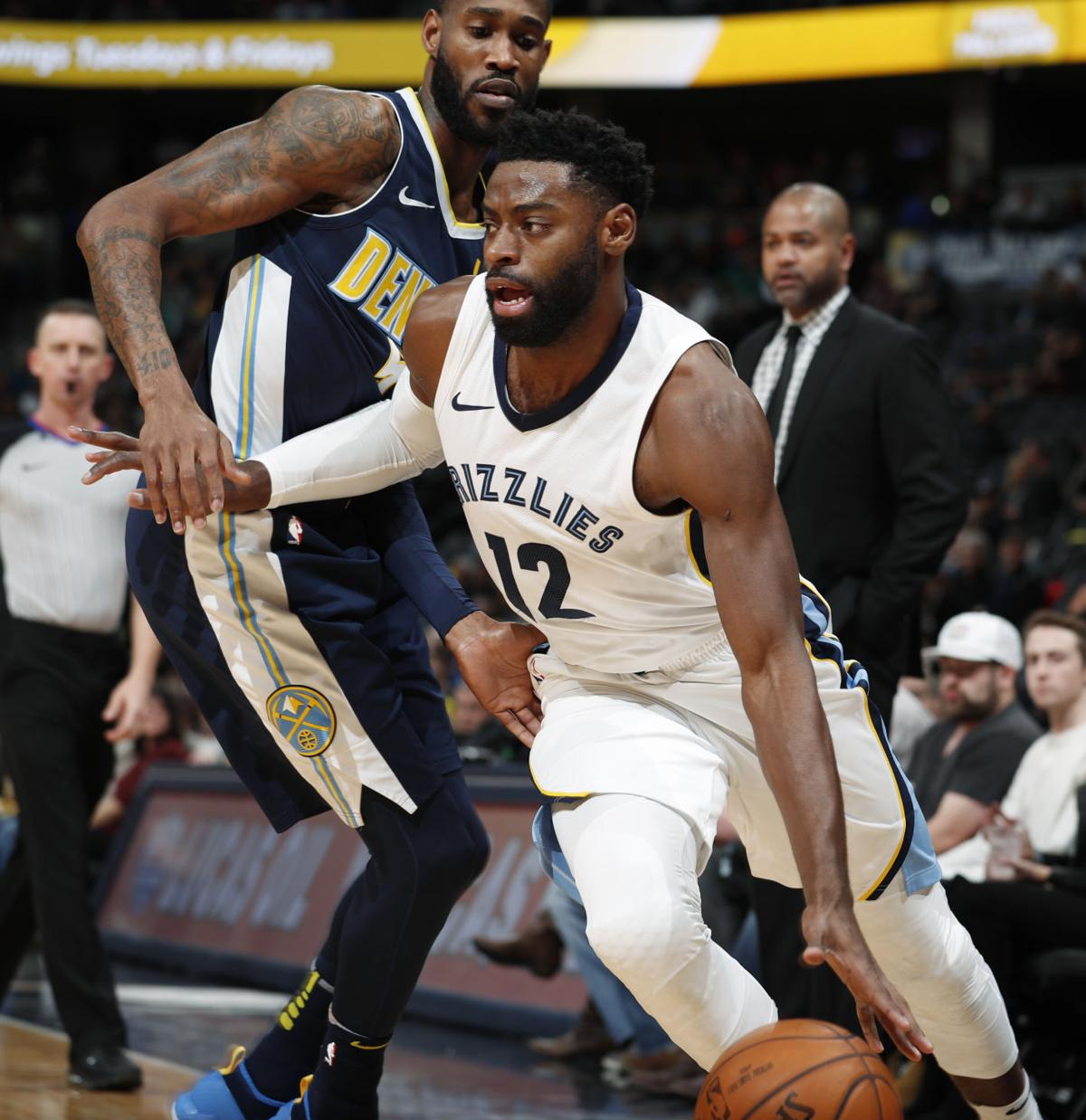 NOW A PACER: Memphis guard Tyreke Evans, front, drives past Denver guard Will Barton during a game last season. Evans has joined Indiana on a one-year deal and will lead the Pacers' second unit.

NOW A PACER: Memphis guard Tyreke Evans, front, drives past Denver guard Will Barton during a game last season. Evans has joined Indiana on a one-year deal and will lead the Pacers' second unit.

The Indiana Pacers pulled off their big move of free agency when they agreed to a one-year deal worth $12 million with Tyreke Evans. He joins Doug McDermott as the team's free agent acquisitions so far, and this move likely completes its rotation for the upcoming season.

The Pacers went into the offseason needing to improve their perimeter shooting, rebounding, on-ball defense, and to add a secondary playmaker. Evans makes Indiana better in every one of these areas except for rebounding because Lance Stephenson was exceptional at that, but Evans is effective at it nevertheless.

Evans' impact as an offensive player should not be undersold. He had an overall offensive output of 1.278 points per possession within the half-court last season, and that ranked 21st out of the 75 players with at least 1,000 possessions. Darren Collison was the only Pacers player with higher efficiency.

Evans is a highly effective pick-and-roll ball handler and isolation threat who can undoubtedly be the centerpiece of a bench unit's offense. He is also an impactful spot-up shooter and can be used within the flow of the game in sequences like handoffs and potentially even off-screen plays if the Pacers were to get creative.

The results that Evans achieved as a pick-and-roll ball handler and isolation threat, in particular, were quite impressive. The Pacers lacked a reliable secondary playmaking option, and that was on full display during the playoffs. The Cleveland Cavaliers frequently sent additional pressure to Victor Oladipo, and that made it significantly more difficult on him.

Evans' direct pick-and-roll ball handling offense translated to 0.969 points per possession, and that ranked seventh in the league out of the 44 players with at least 300 possessions. His efficiency managed to exceed what Oladipo produced last season slightly.

As for the results that Evans produced in isolation, his direct output of 1.021 points per possession placed him 10th among the 47 players with at least 100 isolation plays. Oladipo was one spot ahead of him on this list while no other member of the Pacers came close from a volume or efficiency standpoint.

With spot-up shooting threats like McDermott, T.J. Leaf and Cory Joseph along with a screener in Domantas Sabonis, the pieces are there for significant offensive improvement for the bench. It is worth noting that the Memphis Grizzlies ranked 28th in spot-up efficiency as a team and that negatively impacted Evans so he should see individual improvement too.

Perhaps the greatest aspect that Evans provides is that he is not limited to playing the shooting guard position. He has a level of positional versatility that allows him to play anything from point guard all the way to small forward. Indiana will be able to get creative with its lineups and could look to use someone like Bojan Bogdanovic more as a small ball power forward for great offensive results.

Some may question if Evans can play next to Oladipo since both players are at their best with the ball in their hands, but both are impactful off the ball too. In fact, Collison and Oladipo were the only members of the Pacers with at least 100 possessions that were more efficient than Evans in spot-up situations.

Indiana will be able to use Oladipo more as an off-ball threat with Evans playing alongside him. Whether that would be by using him in spot-up, as a basket cutter, or coming off screens, the Pacers' half-court offense would see needed diversification and that should make them more difficult to defend as a result.

Being able to play Evans at the small forward spot throughout games and in clutch time next to Oladipo is intriguing. The Pacers achieved strong results when Oladipo played with Stephenson as they recorded a 111.0 offensive rating, 104.5 defensive rating, and a 5.5 net rating when they shared the floor. Evans is better in critical areas, and that should translate into superior results.

The Pacers will need to have their bench unit win with their offensive capabilities since defense could be rough. Another solution could be to refrain from using so many all-bench lineups throughout games if the defensive results are an issue. Regardless, Evans does place their bench in the best possible position to be able to overcome defense with their offense at least.

The Pacers could be in a tough position if Evans were to miss games, though. They do not have another reliable source for playmaking in their third unit who could come into the picture and make up for his absence, which could be quite problematic since they have to outperform their defensive production with strong offensive results.

Evans should be a significant contributor for the Indiana Pacers and solves a variety of issues that they had heading into the summer. Their bench unit and late-game lineups should be considerably improved if their top contributors can all stay healthy.