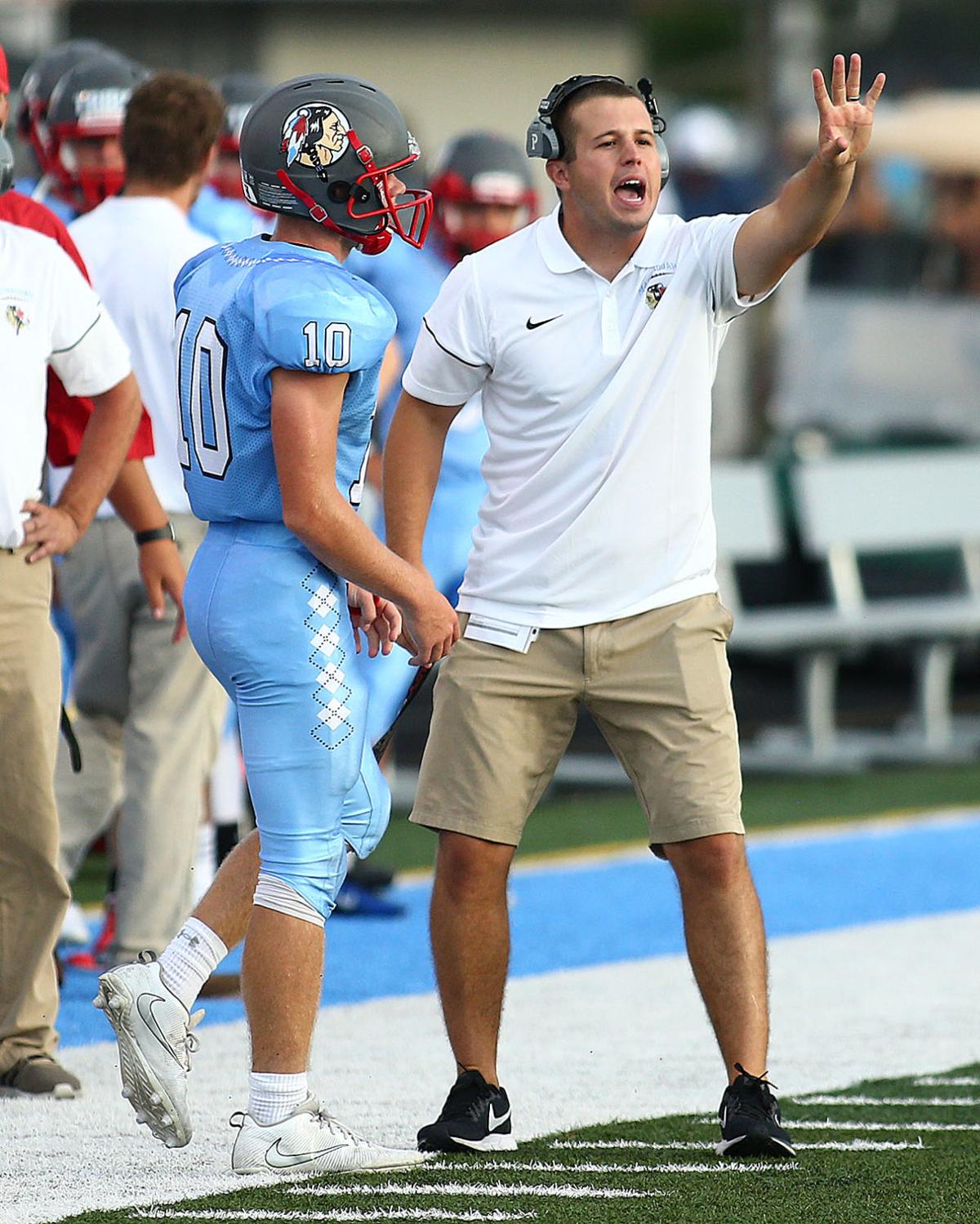 Maconaquah coach Austin Colby yells instructions from the sideline during the Braves’ 22-7 victory over North Miami to open the 2018 season. Kokomo on Monday hired Colby as its new coach. 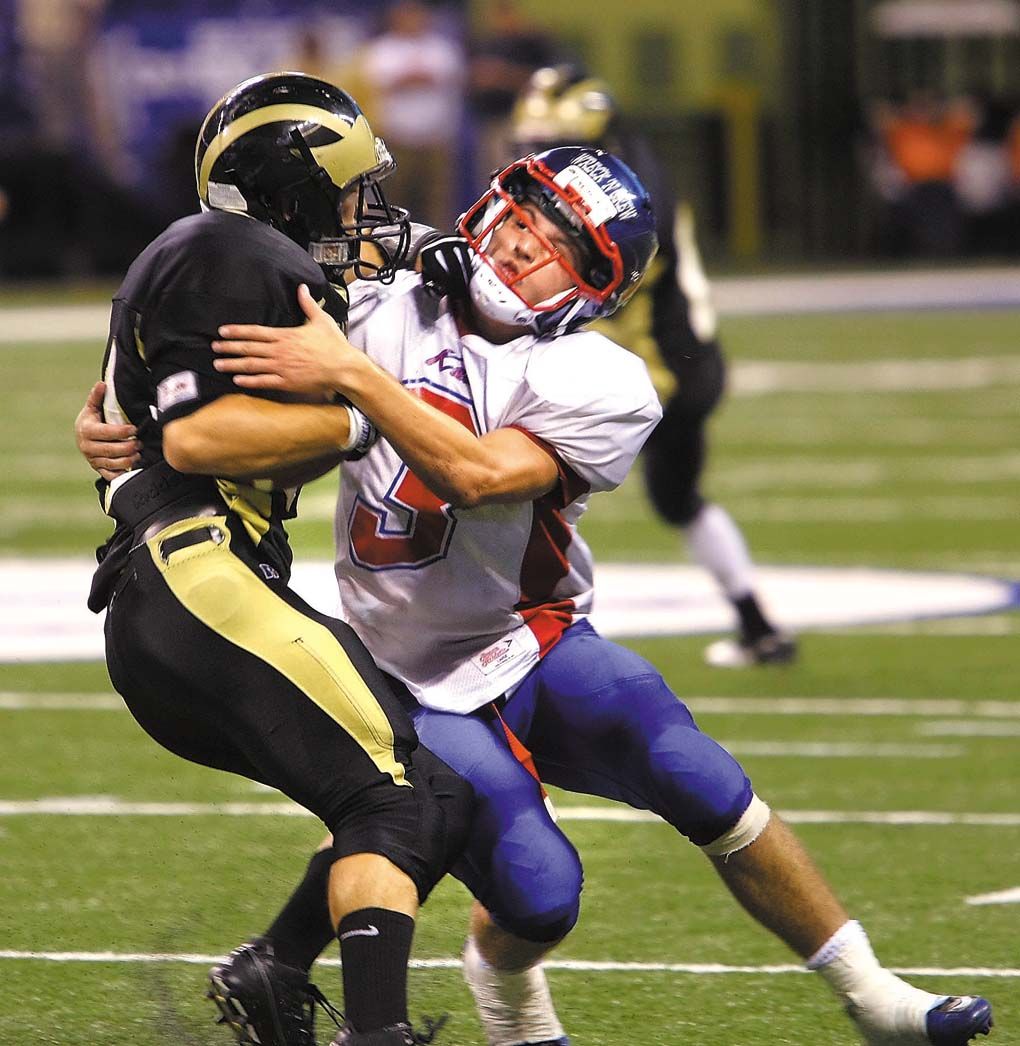 Maconaquah coach Austin Colby yells instructions from the sideline during the Braves’ 22-7 victory over North Miami to open the 2018 season. Kokomo on Monday hired Colby as its new coach.

Colby is a former Kokomo player and assistant coach under his father, Brett Colby, who was Kokomo’s coach in 2007-17. Brett Colby led the Kats to a 90-31 record with his final team reaching the State Finals and finishing as Class 5A runner-up.

“My wife [Hannah] and I are both from Kokomo and our families live in Kokomo. This is a dream job for me as as well as a great opportunity,” Austin Colby said.

A 2011 Kokomo graduate, Austin Colby spent five seasons (2013-17) as a Wildkat assistant coach before Maconaquah hired him as its head coach. At Mac, he took over a program coming off back-to-back 2-8 seasons and produced an immediate turnaround.

The 2018 Braves went 9-3, matching the school record for wins. The Braves broke through that year to make it past the first round of sectional play for the first time since 2002. The 2019 Braves went 7-3.

At Kokomo, Austin Colby replaces Richard Benberry, who stepped down after two seasons. The Kats went 5-6 in 2018 and slumped to 2-8 this year.

“I just want to get back to the building a culture that’s competitive in everything we do,” Austin Colby said Monday night following the school board’s approval of his hiring. He’ll teach physical education at the high school.

“Obviously, we want to compete in the classroom first and foremost and then bring that competition to everything we do that is football related as well,” he added. “Just getting back to competing and making sure the accountability, the discipline is there. I think if those three things are established in the next seven, eight months before we play, we’ll be in good shape.”

As for accountability, Austin Colby is stressing the importance of players holding their teammates accountable starting with offseason workouts.

Austin Colby’s return means the Kats will return to the double-wing offense that his father hammered opponents with during his time at Frankfort and Kokomo and as Austin Colby’s offensive coordinator at Maconaquah. Benberry ran a spread offense.

“Obviously, we’re kind of unique in what we do offensively,” the new Kat coach said.

Austin Colby said his father “absolutely” will be a part of his Kokomo staff.

Kokomo’s 2020 season opener is against Western at Walter Cross Field. It will mark the first football game between the local schools. Western replaces back-to-back Class 5A state champion New Palestine on Kokomo’s schedule.

As a player, Austin Colby was a three-year starter for the Kats, playing safety all three years as well as quarterback his senior year. He was a North All-Star and an IFCA Top 50 selection as a senior. Kokomo won the North Central Conference all three years he started. He played one year of college football at Franklin College and then completed his degree at Ball State.

Kokomo AD Nick Sale is happy to have Austin Colby back on board.

“Obviously he was very successful as an athlete here and a coach. He went off to Maconaquah and had a great two years there, but to bring him back to the Wildkat family and have his dad and his wife, Hannah, and the whole family kind of back is big for us. We really preach that ‘Wildkat family’ and they’re a big part of that so we’re excited to have him back,” Sale said.

Adam Gilbert contributed to this story.