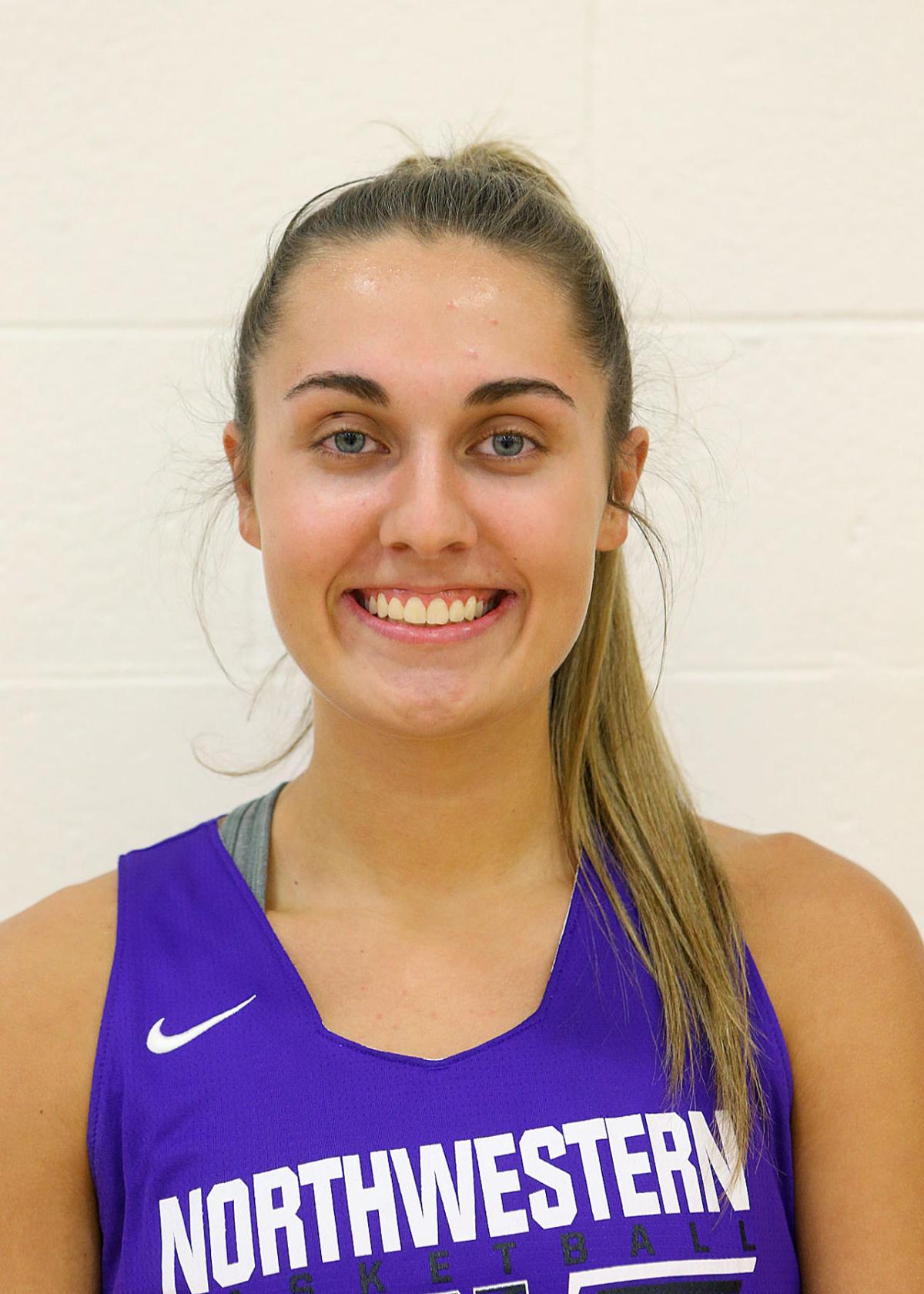 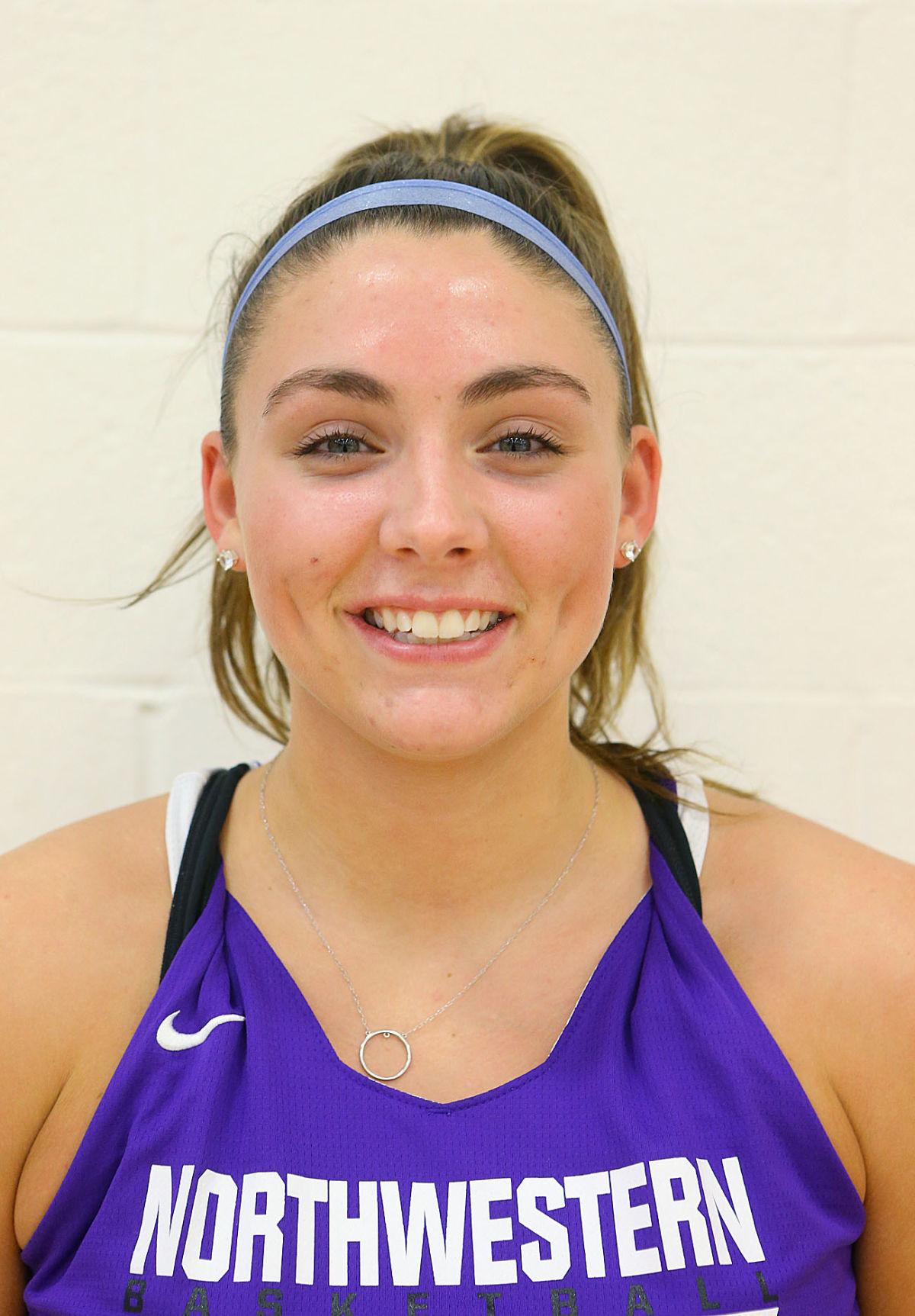 CONVERSE — When you’re on a roll and the wins keep piling up, it might get easier over time to let your guard down in light of the success you might be finding on the hardwood, and that’s when you’ll likely get burned.

When you’re on a Northwestern girls basketball roll, you beat defending state champs by 45 points.

The No. 1-ranked Tigers took care of business as usual at Oak Hill on Wednesday night, roaring to a 62-17 win and improving to 18-0 in a game that featured a pair of defending state champs. Northwestern, playing in Class 4A this season following back-to-back 3A state championships, quickly took it to the Golden Eagles, who won the 2A championship last season and moved to 3A this year.

Northwestern put the game away in the opening minutes as Klair Merrell and McKenna Layden opened with baskets and the Tigers’ dynamic duo of Madison Layden and Kendall Bostic followed with a flurry of points to break open the game. When Merrell bookended the staggering opening run with a hoop, Northwestern led 19-3. Oak Hill’s Taylor Westgate scored at the buzzer to make it 19-5 eight minutes in.

“They’re No. 1 in the state for a reason, aren’t they?,” Oak Hill coach Todd Law said. “They’re very good. And I think the thing they do really well is we tried to throw some different stuff at them and they just kind of let the game come to them and they just continue to play.

“They’ve won multiple state championships and they have a great chance to win another one.”

Madison Layden scored 23 points for the Tigers on hot 7-of-13 shooting (54%) and hit all seven of her free throw attempts. The Purdue recruit rounded out her stat line with five steals and four assists.

Bostic was a sizzling 9 of 12 from the field (75%), scoring 18 points to surpass 1,800 for her career. The Michigan State recruit also grabbed a team-best seven boards and found herself squaring up with the tough defensive assignment of Westgate for much of the game.

After the decisive opening quarter, the Tigers continued on the attack in the second period, outscoring the hosts 17-3 for a 36-8 halftime lead. Westgate was the only Oak Hill player to score in the first half. The Tigers defense clamped down as Oak Hill (12-6) shot just 3 of 18 from the field and turned the ball over 16 times in the first half, silencing most of the Golden Eagle crowd aside from a heckler in the bleachers who was confronted by an official at one point.

“Our defensive intensity was at a really high level,” Northwestern coach Kathie Layden said. “We knew Westgate was their go-to player so we really wanted to pressure the others to make it really difficult to get the ball into her. She’s a force inside. She really has a lot of good post moves and plays really hard and we wanted to make sure we contained her. She’s a really powerful player.”

Northwestern took a 47-12 lead into the fourth quarter following another heavy dose of Madison Layden and Bostic in the third frame.

“They obviously came out with a certain plan defensively,” Kathie Layden said. “They started out face guarding Madison and Klair and so I was really proud of McKenna and Ellie coming in that first half and knocking down some of the shots they were given.

“I think that is a huge key for us moving forward is that we don’t want to be the type of team where we have players open that can’t shoot the ball and I think they showed [Wednesday] that they are just as capable of hitting that outside shot. It showed a lot of confidence.”

Westgate finished with 15 of the Eagles’ 17 points.

Wednesday’s game was varsity only as Northwestern’s junior varsity squad has been dealing with injuries and illness this week.

“We cancelled our JV games this week because we had injury and illness,” Kathie Layden said. “I’ve got a player with a concussion, one with a torn ACL, one with a foot injury, one with a back injury and this week I’ve had three other girls miss practice.”

Kathie Layden noted that tonight’s game at Harrison will also be a varsity only game with a 7 p.m. tip as her JV players continue to mend. She noted that she hopes to have enough JV players healthy for next Tuesday’s game at Western.