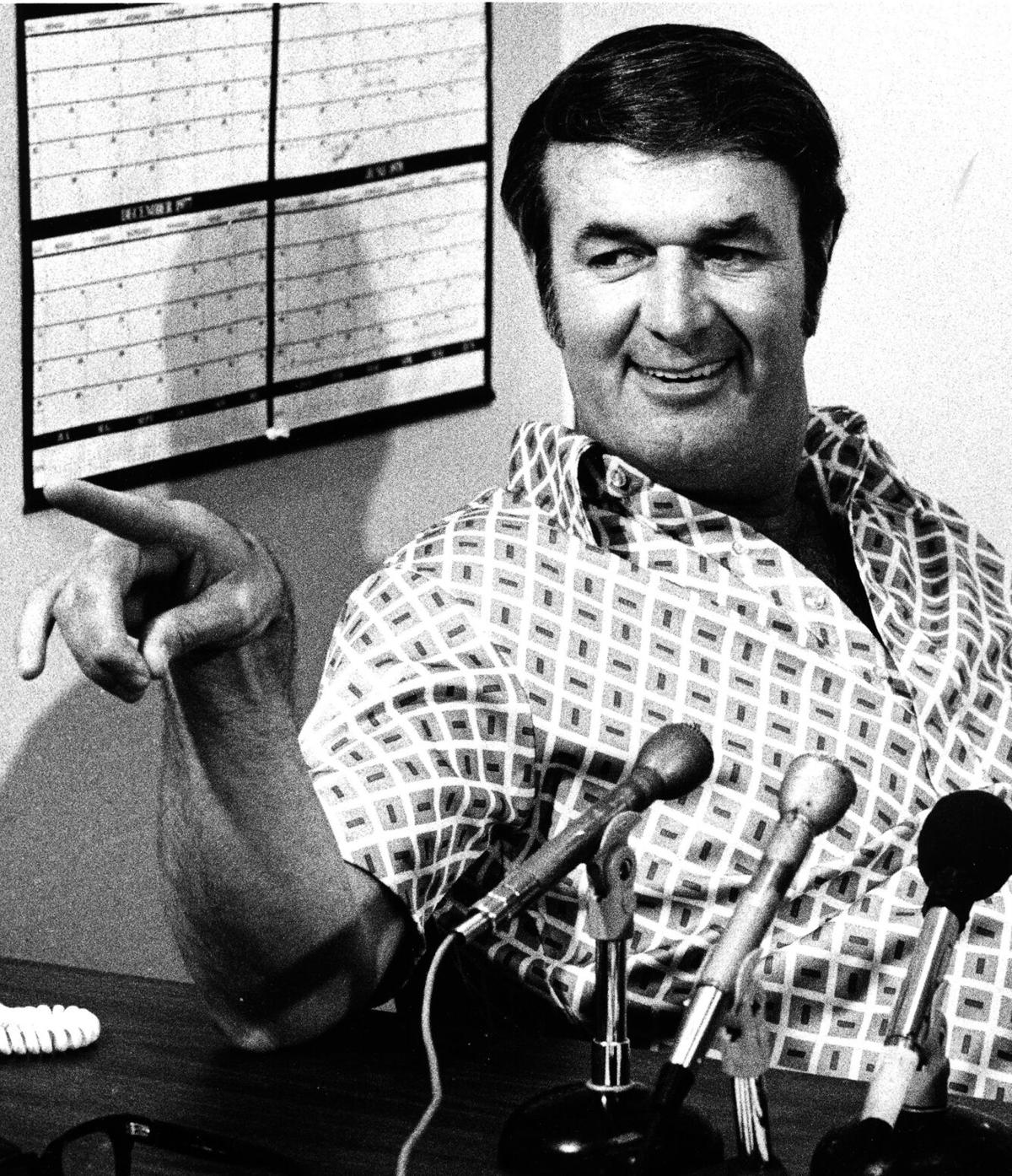 Indiana Pacers coach Bobby Leonard gestures during a press conference in Indianapolis in this June 8, 1978, file photo. Leonard, who spent more than a half century with the organization, died earlier this week. He was 88. 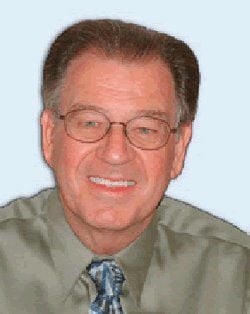 Indiana Pacers coach Bobby Leonard gestures during a press conference in Indianapolis in this June 8, 1978, file photo. Leonard, who spent more than a half century with the organization, died earlier this week. He was 88.

Flamboyant may be too mild of a word to describe Bobby “Slick” Leonard, who contributed mightily to Indiana’s reputation as the basketball hotbed of the nation for the past 65 years. Leonard, a former resident of Kokomo, died at his home in Carmel earlier this week.

Hoosier to the core, Leonard did it all. He started his basketball career as a guard on the Gerstmeyer High School team in Terre Haute and then as an All-American at Indiana University.

Leonard would put his experience to work as an NBA player and coach, a leader of the Pacers to ABA championships, a savior of the franchise, and finally, a color commentator for the Pacers, famous for his “boom baby!” call on made 3-point shots.

He did it all in typical Leonard style. Aggressive. Rambunctious. Outspoken. Fiery. Boisterous, Rowdy. Flamboyant, yes, and so much more. Leonard was the kind of leader players wanted to follow.

My introduction to Leonard’s style came when I was a 15-year-old high school sophomore and Converse High School. Coach Glenn Smith took his Bordermen team on a basketball road trip.

The first order of the weekend jaunt was a Friday night encounter with Brown County’s Nashville High School. Following our overtime victory, we traveled to Indianapolis for a stay at the Harrison Hotel (a bit of a history lesson, coach said, where famous Hoosier politicians hung out) before heading to IU’s Assembly Hall to watch an afternoon college matchup that Saturday.

It was a first for me. My first live college game, a Big Ten battle with frontrunners Indiana and Illinois. The seats were great — right under the bucket where we could see IU’s 6-foot-10 Don Schlundt go against the Illini’s 6-9 Johnny Kerr, both All-American performers. I can still remember the IU starters — Schlundt, Charlie Kraak, Burke Scott, Dick Farley and the irrepressible Leonard.

Those five, all underclassman, and under the influence of Leonard’s combination skills of leading fast breaks and long-range shooting, became the first IU team to win a Big Ten title championship outright and the first IU squad to be ranked No. 1 in the country.

Undoubtedly, Leonard’s role was to boss, lead and cajole coach Branch McCracken’s Hurryin’ Hoosiers to victory, and he was effective in directing the show. The game was tight the entire route and was tied after 40 minutes, leading to a two-overtime climax. As the first overtime wound down, Leonard worked for a final shot, eventually settling for a two-hand set shot that missed.

In a 30-second explosion, Leonard pounded the floor with both fists at the failed attempt — an early foretelling that emotion would always be key to his leadership roles. And boy, was it ever! For a 15-year-old kid, it was a lesson learned and retained for life.

As far as the game, the Hoosiers went on to beat the Illini and eventually won the Big Ten title. They also captured the 1953 NCAA tourney championship, 69-68, with Leonard hitting a free throw with 27 seconds left to beat Kansas.

Leonard continued his life with the unofficial title of Mr. Basketball in Indiana when it came to all facets of the game. A winner in every sense of the word.

After playing eight years in the NBA, Leonard joined the Pacers and led them to three ABA titles. He was the ABA’s winningest coach, and collected 529 victories as the Pacers’ coach. A favorite with his players, Leonard’s colorful personality made him the ideal face of the Pacers.

Some years later while Leonard lived in Kokomo, I ran into him at his favorite watering hole. We recalled all of those memories, and yes, as you can imagine, the conversation was lively.

Leonard’s indomitable legacy will continue. Whenever there’s a made 3-pointer, we’ll stop and listen for his “boom baby!” to echo throughout the gym, and we’ll recall Bobby “Slick” Leonard, a Hoosier basketball legend.

Bob Hullinger is a former assistant sports editor at The Kokomo Tribune. He may be reached at roberthullinger@mierproducts.com.