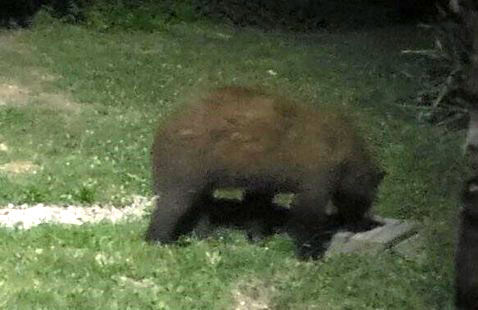 This black bear was photographed in Indiana’s Vanderburgh County. 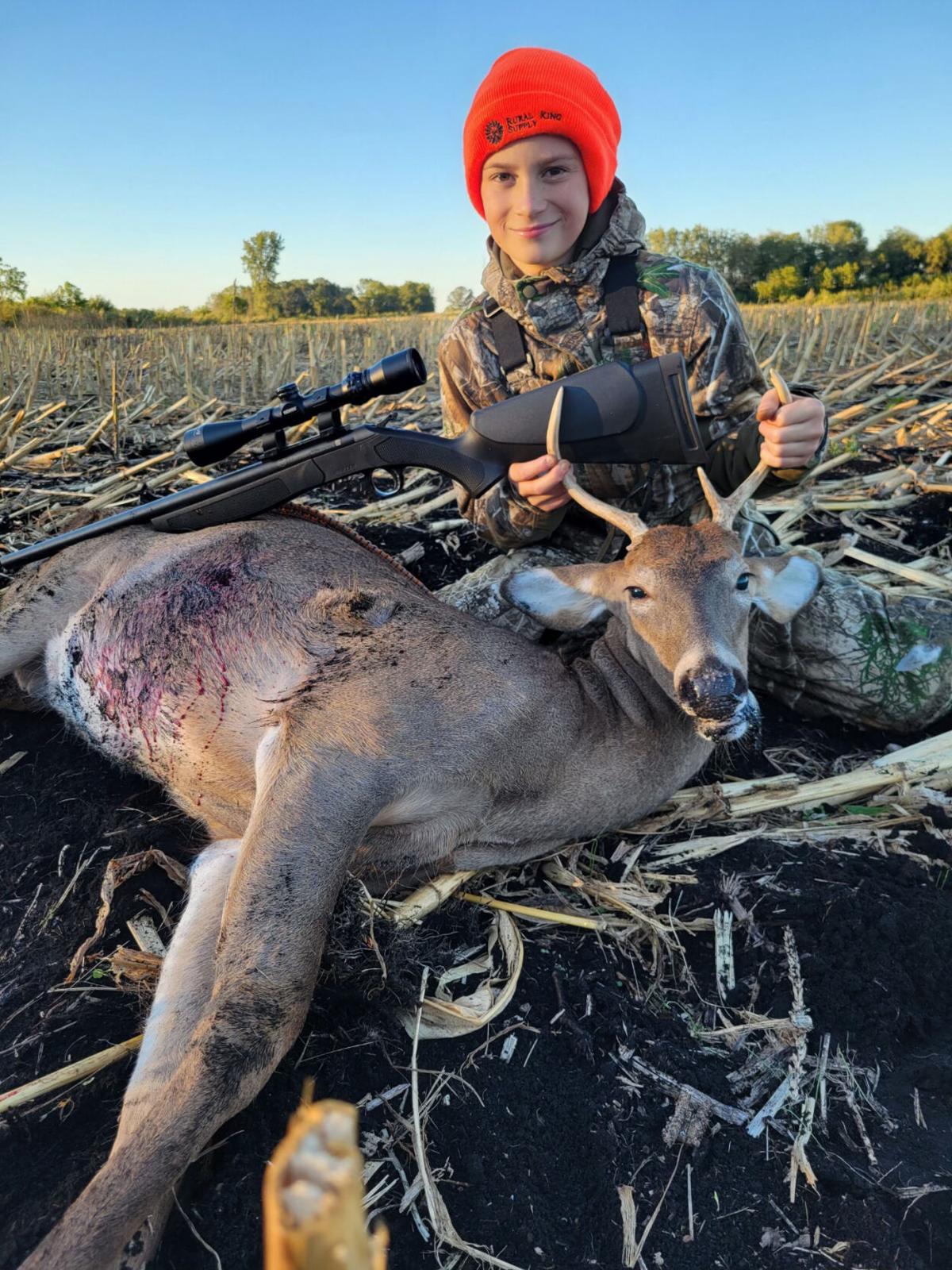 Kokomo’s Braydon John Halupa scored on his buck during this year’s youth only deer hunting season.

This black bear was photographed in Indiana’s Vanderburgh County.

Kokomo’s Braydon John Halupa scored on his buck during this year’s youth only deer hunting season.

Seeing black bears in a zoo is one thing. But in Indiana? In fact, there has not been a single confirmed report of a black bear in Indiana since just after the Civil War, more than 150 years ago.

But that changed back in 2015. That’s when a black bear entered our state from Michigan, becoming the first confirmed sighting in over a century. After milling around the northern part of Indiana for several weeks, it eventually crossed the line back to its home state.

“I honestly didn’t believe it at first,” said Brad Westrich, a non-game mammologist with the Indiana Department of Natural resources. However, now he says to believe it. “As soon as we got DNR law enforcement up there and they sent us photos and, sure enough, it was a black bear.”

In March 2016, the bear emerged from its winter den in Michigan and unfortunately exhibited habituated behaviors, including a loss of fear of humans. Based on the Michigan Department of Natural Resources “Problem Bear Management Guidelines,” such behaviors are considered a threat to public safety. Consequently, Michigan officials trapped and humanely euthanized the bear on April 9, 2016. Since then another small male bear was found hit along a northern Indiana interstate.

The first time I reported on this natural occurrence, I thought it was just a fluke. Some misguided bear got confused, spooked or completely lost, accidently padding its way onto Hoosier soil. Since then there have been a handful of other reports received each year. Granted they are not numerous but still confirmed. Especially interesting these reports have come from the north as well as the south.

For a bear to land on Hoosier soil from the south, all it would need to do is take a swim across the Ohio River. Not a big feat for a bear. Harrison, Clark, Washington and Vanderburgh counties all have reported sightings. From the north, well, it’s even easier. All it would have to do is cross a highway or two. Based on tracking reports, the DNR said one spotted in Vanderburgh County last summer had traveled all the way from Missouri.

“Definitely quite a trip,” said Westrich.

Why the sudden increase in the last few years? Animal experts say that’s because in recent decades, our neighboring states have made changes to protect and preserve their forests, so black bear populations have grown. Now, young males are traveling further out of curiosity, for food and to avoid competition from bigger bears.

“I believe if we maintain our current forestry practices and residents can sort of adopt a peaceful coexistence with black bears, I think sometime in the future black bears could breed here,” Westrich added.

Back in the day, black bears were historically abundant across Indiana and sightings were common. There were good numbers throughout the Hoosier State with the exception of the northwest portions where prairie areas dominated the rural landscape. Unregulated hunting and habitat loss caused black bears to be eliminated from Indiana and much of the Midwest by 1850. Before the initial sighting six years ago the last confirmed report of a black bear in Indiana was in 1871.

Black bears are rarely aggressive toward humans. Most problems arise when bears associate food with humans, causing problems for both man and beast. It’s never a good idea to feed bears, even if you consider it helping wildlife. Doing so increases the likelihood of negative bear-human interactions. Unfortunately, a fed bear often becomes a dead bear due to increased aggressiveness associated with the loss of fear of humans.

Black bears are interesting animals and very adaptable. Males typically weigh 150-400 pounds with females tipping the scales between 100-300 pounds. They are omnivores, feeding on anything from grass and berries to carrion and other types of meat. Bears are intelligent and possess a keen sense of smell, able to detect food from up to a mile away. Some bears, especially males, can travel up to 20 miles in a single day. Biologists classify them as “crepuscular,” meaning they are most active at dawn and dusk.

Laws regarding black bears in Indiana are pretty specific. They are currently listed as an exotic mammal and protected under Indiana Administrative Code 312 9-3-18.5 (b-1), which prohibits the killing of a black bear except by a resident landowner or tenant while the animal is “destroying or causing substantial damage to property owned or leased by the landowner or tenant.” Indiana residents who spot a bear in the state are encouraged to report those sightings using the DNR’s large mammal report form or by calling DNR Law Enforcement at 812-837-9536.

So, could a population of black bears again call Indiana home in future years? That’s anyone’s guess. If so, now that would be a true wildlife success story, especially if it takes place naturally.