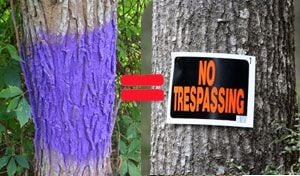 Beginning in 2018, landowners are allowed to use purple paint to mark property lines instead of signs. 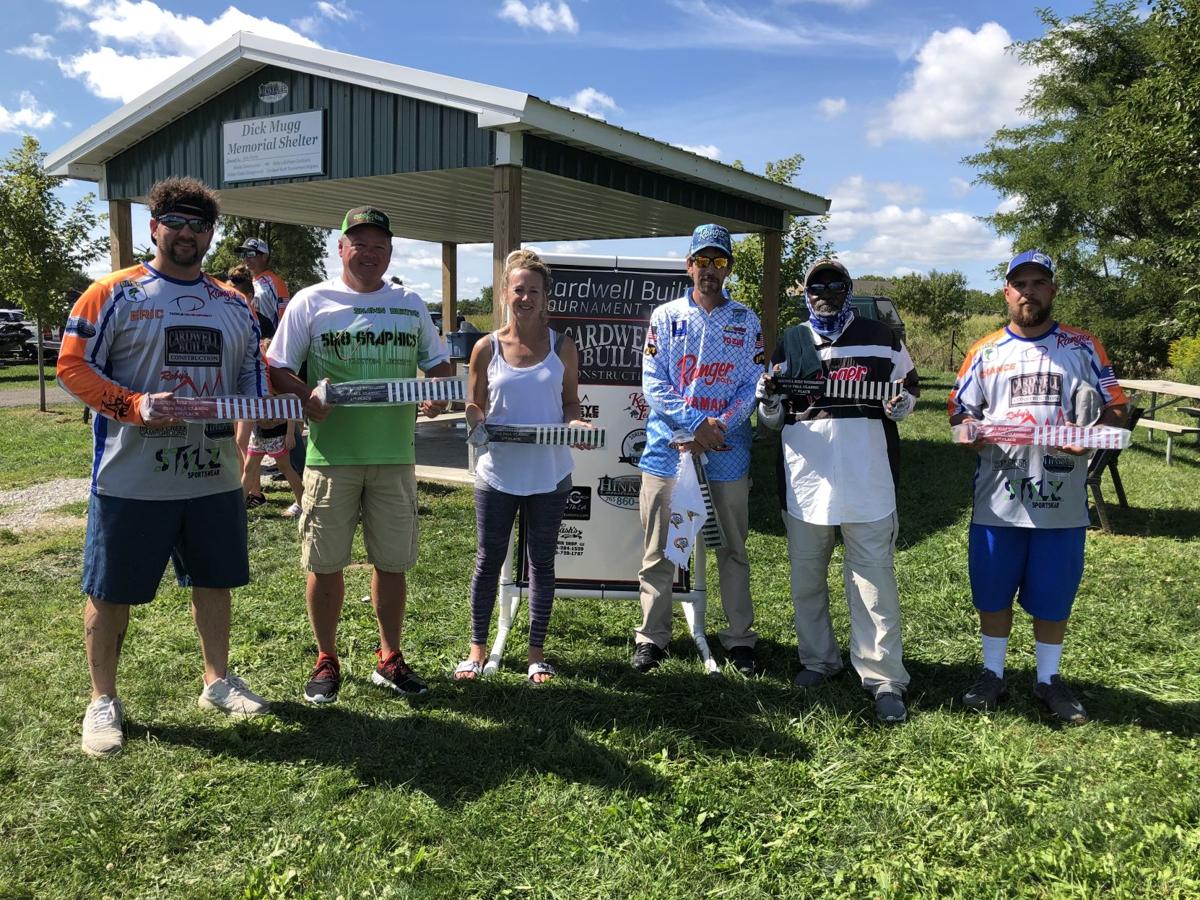 Beginning in 2018, landowners are allowed to use purple paint to mark property lines instead of signs.

It’s a much-awaited time when scores of hunters will begin taking to the woods in search of one of our state’s premier big-game animals. It’s also a time when sportsmen need to be mindful and respectful of private property. In Indiana, only 4 percent of land sits in public ownership. The rest is privately owned.

Just last week, while a small group of friends gathered for a day of dove hunting, the question came up about purple paint.

“Is it true you can mark your property with paint?” someone asked. The answer is yes.

Indiana enacted the new “purple paint” law in July 2018. It allows property owners another way to warn others they are approaching private property by spray painting trees or posts. The law was enacted because many times conventional “no trespassing” signs are often removed.

Although the new regulation is outlined in the Hunting and Trapping Guide, many people are still unaware. Landowners now have the opportunity to spray purple paint on trees and posts around the area where entry is prohibited. The bottom of each mark must be three to five feet above the ground and it is recommended to place these marks every 100 yards.

“I marked my property last year,” said Carl Seifert,” who owns land in Miami County. “But I still talk to a lot of people who are unaware of the law.”

Bob Griffin has hunted for nearly 50 years. “I heard of the new law but many of my friends who also hunt never have,” he explained.

Although this column detailed the new law last year when it was still fresh, I was encouraged to do so again.

Without a doubt the vast majority of hunters are conscientious and pride themselves in being good conservationists and stewards of our natural resources. Some who wander onto someone else’s land due so accidentally, completely unaware they have crossed boundary lines. The new law will help.

Then there are always a few bad apples in any large group who have no regard for the law. Some who are intent on trespassing might take down posted signs and claim they never saw it. The purple paint law remedies that. Plus one can of spray paint is less expensive and goes farther than purchasing individual signs.

State Rep. Stephen Bartels (R-Eckerty) is the author of the law.

“Too often landowners catch people on their property, but the no trespassing signs were removed which makes it extremely difficult for law enforcement officers to make any kind of arrest,” he explained. “One of the things about laws regarding trespassing is that people have to knowingly or intentionally trespass before they can actually be prosecuted.”

Bartels proposed the “purple paint law” because the color purple can be seen by the most people without being so obtrusive it detracts from the natural surroundings.

“There are also some people who are colorblind and this would be a contrast in black and white,” Bartels said.

Indiana is not the only state to adopt such a law. This same rule is in effect in over a dozen other states.

• Members who take part in the weekly Kokomo Reservoir Monday evening open team bass tourney came together for the final tournament of this year’s fishing season, referred to as the “Fall Classic.”

Congratulations go to Lonnie DeWitt and Thomas Waldon for sweeping the event taking first place and the contest’s award for biggest bass. They won the event with four largemouth bass totaling 9.08 pounds. Their largest dropped the scales at 4.25 pounds. Eric Kinney and Chance Taskey reeled in second with five fish weighing 8.68 pounds. Third place went to Shawn and Dana Burton with four fish topping out at 6.91 pounds.

Tournament director Mat Temme is proud to organize the events. “I think we have created one of the most family friendly tournaments in the state,” he said thankfully. “It couldn’t happen without such a great group of anglers and the large number of local sponsors who make it possible.”

• Wayne Nolder and Bob Rose came away with a win at Tuesday’s Delphi-Delco team bass tourney held on Mississinewa Reservoir. They won the event with two bass totaling 3 pounds. Second place and the biggest bass went to Paul Crow and Wayne Eads with one fish tipping the scales at 2 pounds. Third place went to Kyle Hobs and Mike Nolder with one fish weighing 1 pound, 12 ounces.