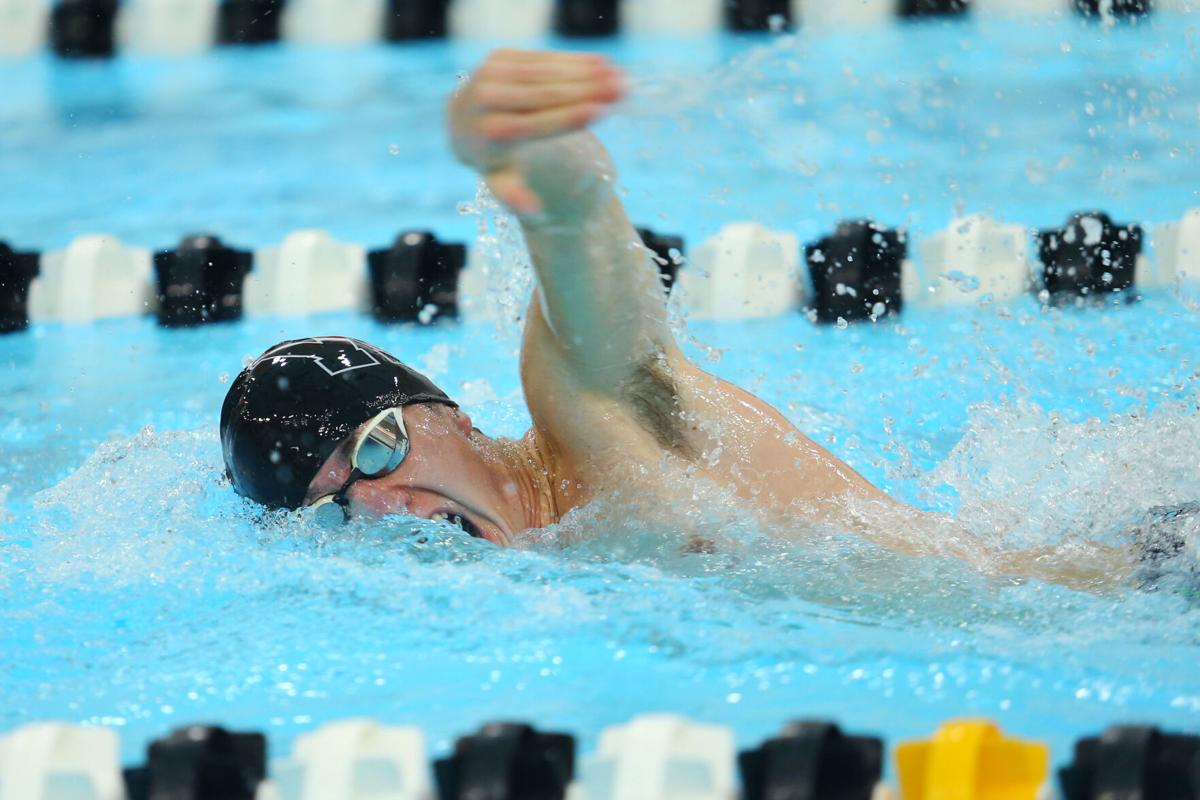 Western swimmer Pete Bradshaw, shown in a regular-season meet on Dec. 3, took sixth in the 50 freestyle and eighth in the 100 free in the Noblesville Sectional on Saturday. 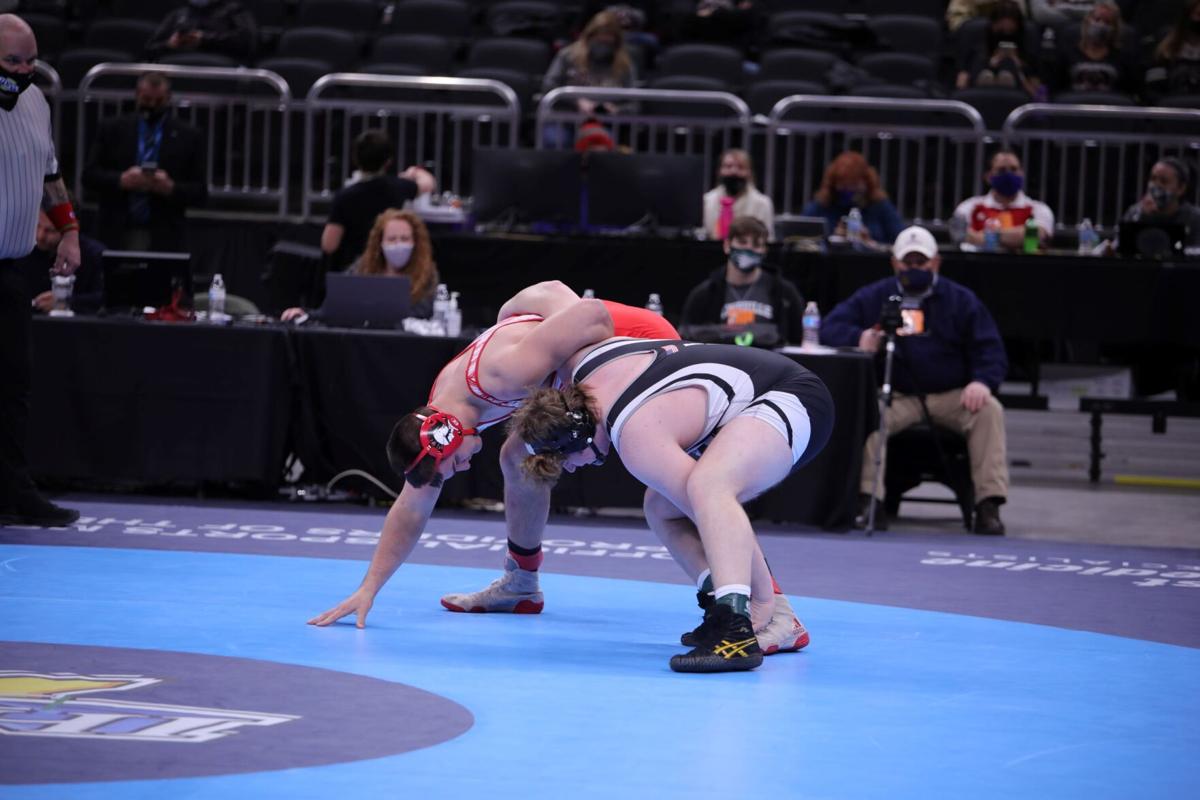 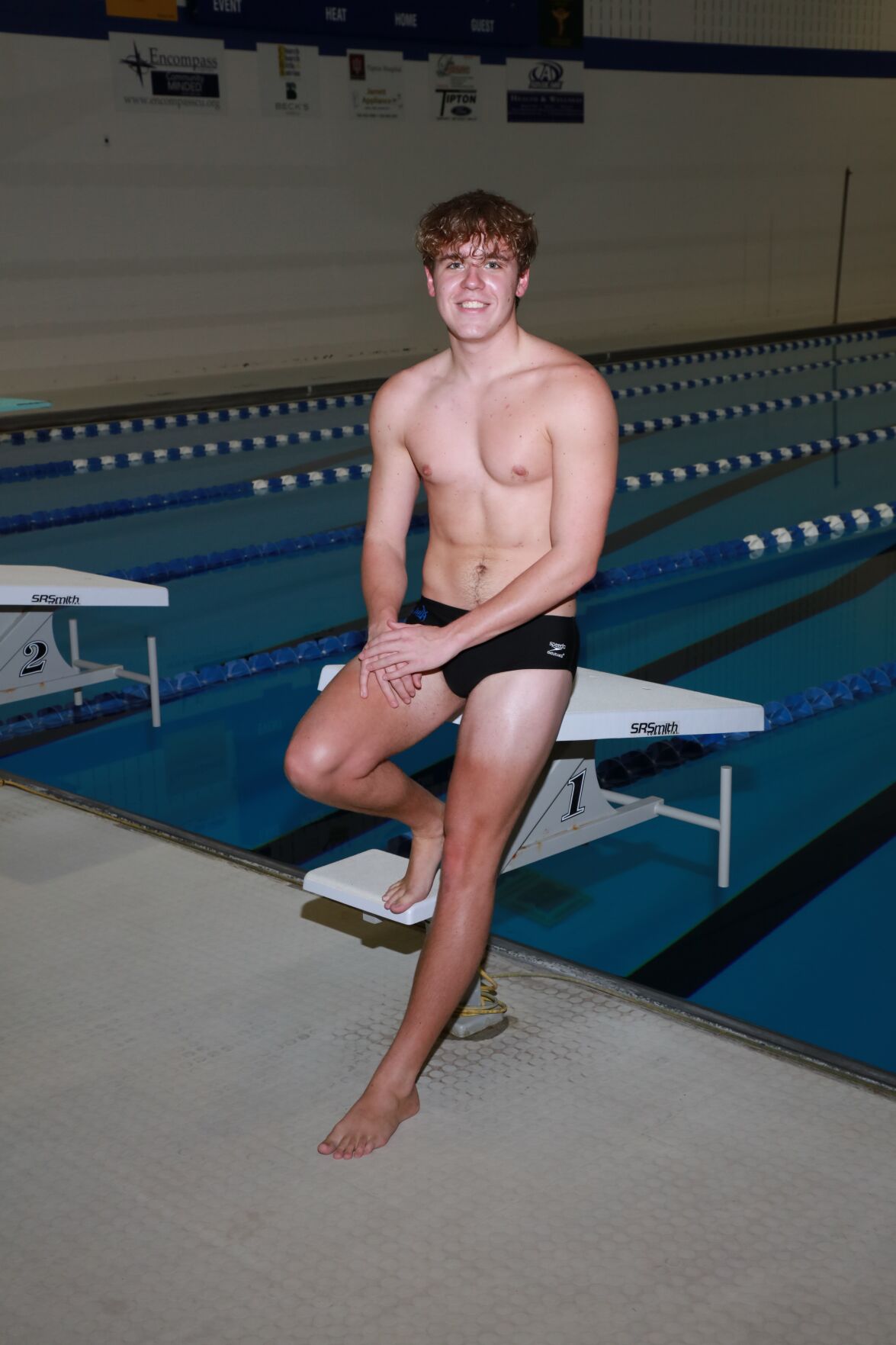 Western swimmer Pete Bradshaw, shown in a regular-season meet on Dec. 3, took sixth in the 50 freestyle and eighth in the 100 free in the Noblesville Sectional on Saturday.

Led by state qualifier Ayden Stanley, Tipton’s boys swimming and diving team had the highest finish of the KT-area teams in the Noblesville Sectional after the finals Saturday.

Ayden Stanley advanced to state in two events. The Blue Devil senior won the 50-yard freestyle in :21.12 and finished fourth in the 100 butterfly in a state-qualifying time of :51.07.

He is the first sectional champion and first state qualifier in team history. The state meet is Friday and Saturday at Indianapolis.

In the relays, Ayden Stanley, Aulbach, Harrison and Conaway took third in the 200 medley in 1:42.57, Burton, Harrison, Conaway and Ayden Stanley grabbed third in the 200 free in a school-record 1:30.56, and Burton, Caleb Royal, Ethan Stanley and Aulbach took sixth in the 400 free relay (3:32.30). The third-place finishes are the best relay showings in team history.

Tipton’s Steven Thompson was named the sectional’s coach of the year.

“What a fantastic day,” NW coach Donita Walters said. “Our Tigers had exceptional swims. Super proud of where our boys ended their season.”

“Everybody dropped time in something,” Western coach Brad Bennett said. “Drew Caldwell had a good day, it was the first time swimming in the [Panthers’] sectional as a senior. He was kind of used to Jay County and it was a great challenge for him. I was glad to see he came back and swam well both of his events. It was a really good day for Pete. [He swam in] two of the toughest events that you make a mistake in either one of those and you’re going to pay dearly. He had great races in both the 50 and the 100.

“I was happy to see Tanner Vance drop time in the backstroke. He was really kind of one of the unsung heroes of this whole season. He was so consistent and so solid all season long.”

Getting a third place in a relay event stood out as a major accomplishment.

“The highlight of the day was the 400 free relay,” Bennett said. “They knew going in that Noblesville and some of the other teams were going to be faster and they were prepared for that. I think we ended up maybe dropping [2.8] seconds from Thursday night. So to be able to finish the meet off with great swims like that was a good way to finish the season.”

For Eastern, Matt Laubenstein finished 14th in the 50 free and 14th in the 100 free. Porter Brovont had won the diving competition a day before.

Erb moved up two places after taking seventh last season at the same weight. In his first match Saturday, Erb lost to Connersville’s Evan Shafer by pin in the second period of their quarterfinal. He advanced through the opening consolation match when Jeffersonville’s Matthew Munoz was an injury default, then Erb beat Franklin Central’s Antoine Alexander 3-1 with an overtime takedown to decide the match.

Shepherd lost 12-0 to Avon’s Jaden Reynolds in the quarterfinals, then beat Cowan’s Tony Abbot 3-2 in the consolation round before falling 6-3 to Chesterton’s Ethan Kaiser in the fifth-place match. Shepherd finished his season 34-4.

Tishner started his quarterfinal match with a bang, going up 5-0 after the first period. But he gave up a reversal in the second and was pinned by North Posey’s Blake Zierkelbach. In the consolation round he lost 4-2 to River Forest’s Jeffrey Bailey, and in the seventh-place match he lost 4-2 to Southport’s Nathan Smith. Tishner ended his first season 32-4.