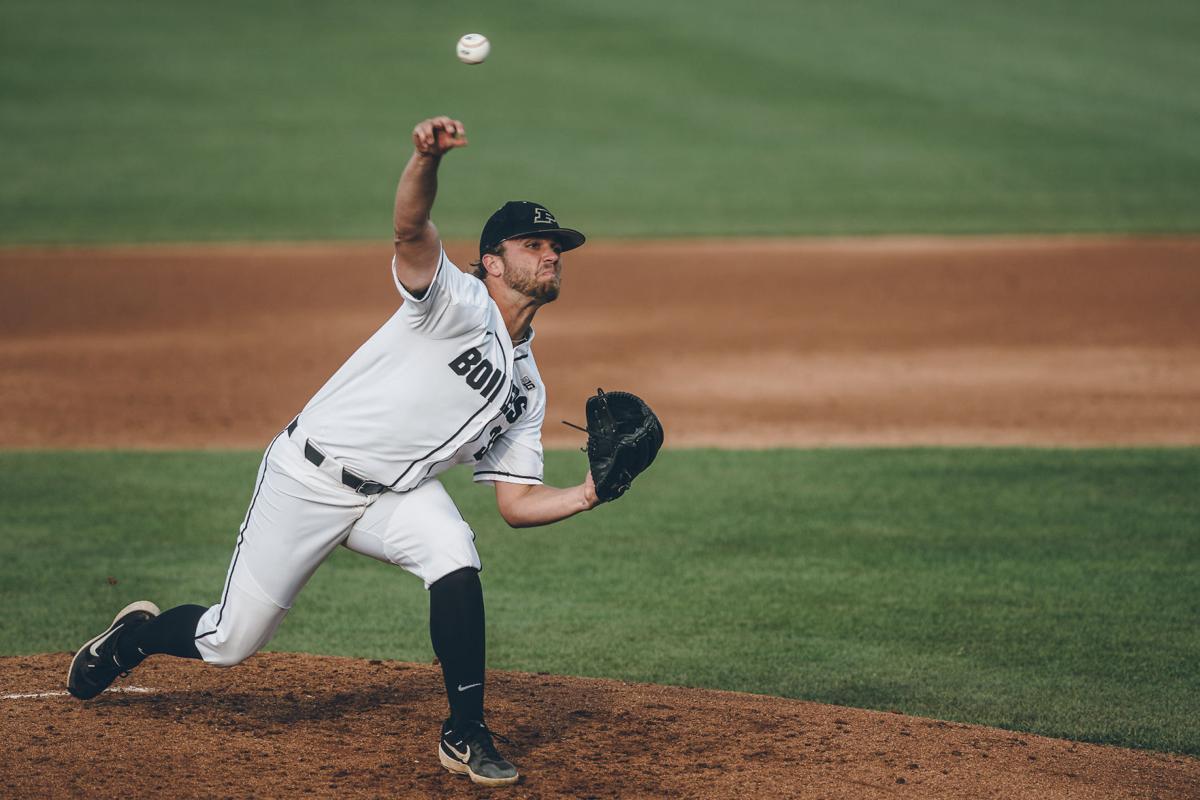 Purdue pitcher Kyle Wade is shown in a 2019 game. The former Kokomo Wildkat three-sport athlete saw his sophomore season cut short by the nationwide shutdown in the face of the coronavirus pandemic. 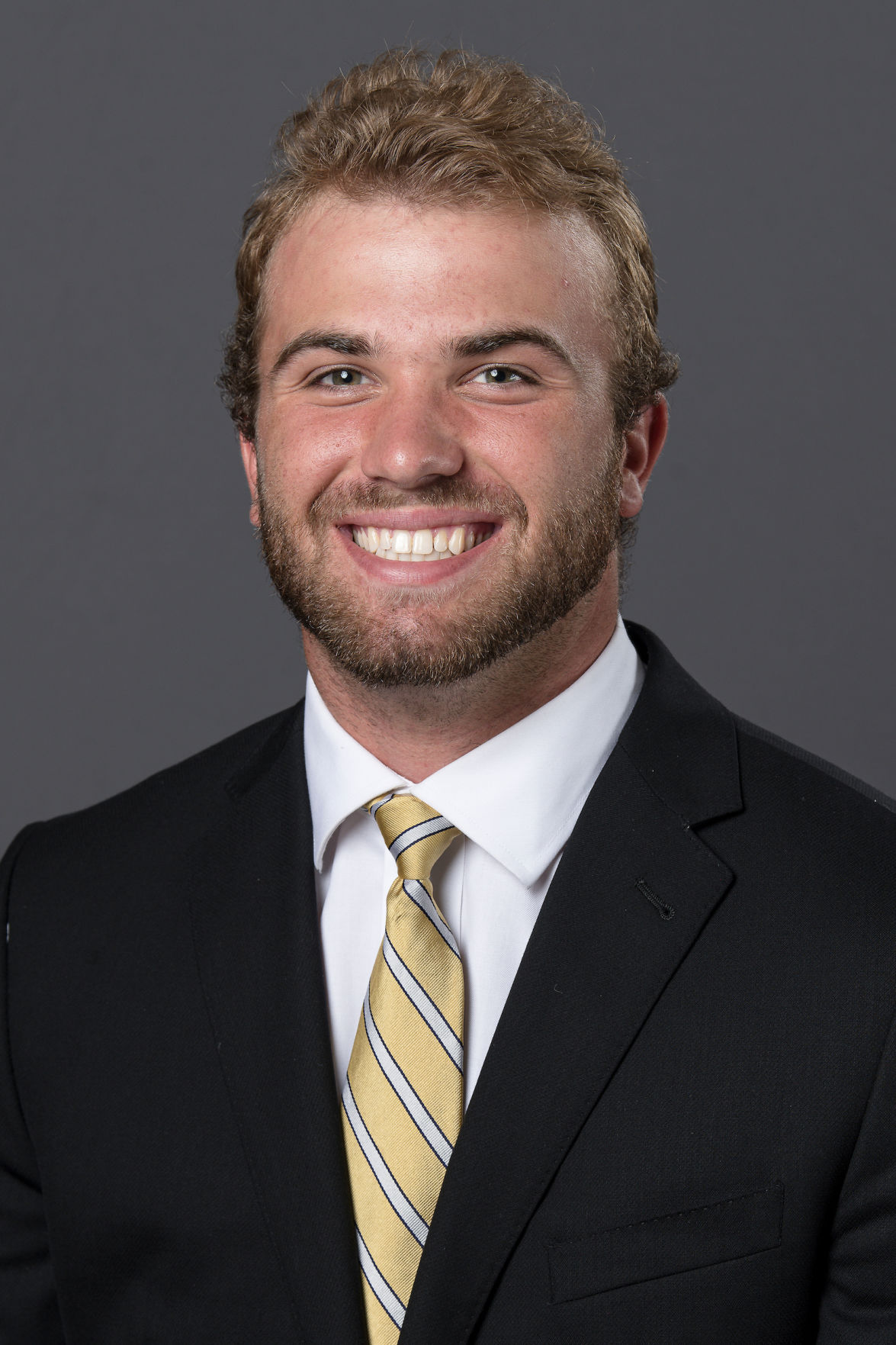 Purdue pitcher Kyle Wade is shown in a 2019 game. The former Kokomo Wildkat three-sport athlete saw his sophomore season cut short by the nationwide shutdown in the face of the coronavirus pandemic.

During his recruiting process, when former Kokomo High School athlete Kyle Wade was considering both football and baseball, his father asked him to consider something about the schools regardless of his athletic choice. Now a baseball player at Purdue, Wade thought back to that conversation.

“’If baseball was taken away from you, would you still enjoy being here?’” Wade said his father, Mike, asked him. “I definitely found out.”

Purdue’s baseball season came to an abrupt halt on March 12 as sports across the country shut down in response to the nationwide spread of the coronavirus. With that, Wade got a crash course in a life with no baseball. That’s given him more perspective about what he’s enjoyed and the opportunities ahead of him.

Just in the last few days, Wade’s long offseason routine has started getting back to something like normal. A home routine of solo fitness and group chats online followed the shutdown, but now that’s giving way to more organized activities. Wade has been heading to West Lafayette lately to get throws in and work with teammates again.

“Right now it’s weird because there’s been nothing to train for, it’s been self-motivation,” said Wade, who will be a junior this coming school year. “I’ve put myself in a good spot physically. [Now] just getting back with the boys and grinding every day, we talk about what we’ve missed the most, getting back to a routine really.”

The loss of routine was one of many jarring aspects of the sports shutdown when games stopped and players returned home to study and work out individually. Wade said “as a student athlete we have a tight, tight schedule to follow every day.” Not having that schedule anymore was strange. Not having a baseball season to focus on left a void.

“That was kind of weird too because I worked hard on my body to put myself in a position where I wanted to be,” Wade said. “To have to shut down and have no games to train for, no practices to get better at, no facilities … it definitely was tough to swallow at that point, but having it happen to everybody in the country. It wasn’t like it was me personally, or everyone on the team, it was everybody — we were kind of in the same battle.”

Now that baseball is on the horizon, Wade can finally focus on some goals.

From talking with Purdue players before he enrolled, he knew playing at that level would be a big adjustment, but had to experience it to understand.

“It was definitely more than I thought,” Wade said of the adjustment. There were challenges on field and off. “Not only was it a little tougher academically, balancing that with sports, but the biggest thing [was hitters]. I was talking to a few guys my senior year [of high school], ‘what’s the biggest difference from high school to college?’ They said the best player on any high school team is every hitter at college. Everybody can play, you can’t waste any pitches. Being focused every pitch is definitely the biggest difference.”

Wade said “balancing academics and athletics is a lot harder than I thought” but Purdue has been good about providing support to make sure athletes get it right and stay on schedule.

He appeared in 15 games for Purdue as a freshman with two starts and 40 innings pitched. In his sophomore season he made five appearances, all in relief, with 6 2/3 innings pitched before the shutdown hit. He had an ERA of 4.05, more than a full run down from his freshman year. Purdue was 7-7 overall and had was nearly two weeks away from its first Big Ten game when the season came to a halt.

Now that players are able to work together again, and before returning to campus in the fall, Wade plans to pitch in the College Summer League in Grand Park in Westfield as a next step. Rapidly that league has become a destination for college talent.

“Once I start throwing I want to obviously see where I am with my arm because the competition is really good there,” Wade said of Grand Park’s league. “The goal is to get in shape and get sharp before the fall to see what kind of role I can get for the team.”

Wade said a summer league has a different emphasis than playing for your college team. It affords players time to work on particular things they need to get better at.

“When I see what stuff I have to work on, if I throw a certain pitch, if I know it’s not working, I’ll throw it more,” he said.

“I want to develop my stuff and compete at the highest level I can once I get back to campus.”

A couple years removed from that question his dad posed as he mulled his college choice, Wade is glad to be at Purdue, both as a student and as an athlete.

As a player, he’s enjoyed the ride so far. He’s had a chance to see parts of the country he’s never visited and he likes the atmosphere and history of the stadiums Purdue visits on the road. He hopes to see others continue that path when he’s done with his playing career and is in the job market.

“A Purdue degree will be pretty nice, and it’ll be easy to find a job,” Wade said.

“Being at Purdue is going to help me in a lot of ways, with a lot of connections. Being able to get out [graduate] and give back to this program is something I look forward to doing in a couple years.”