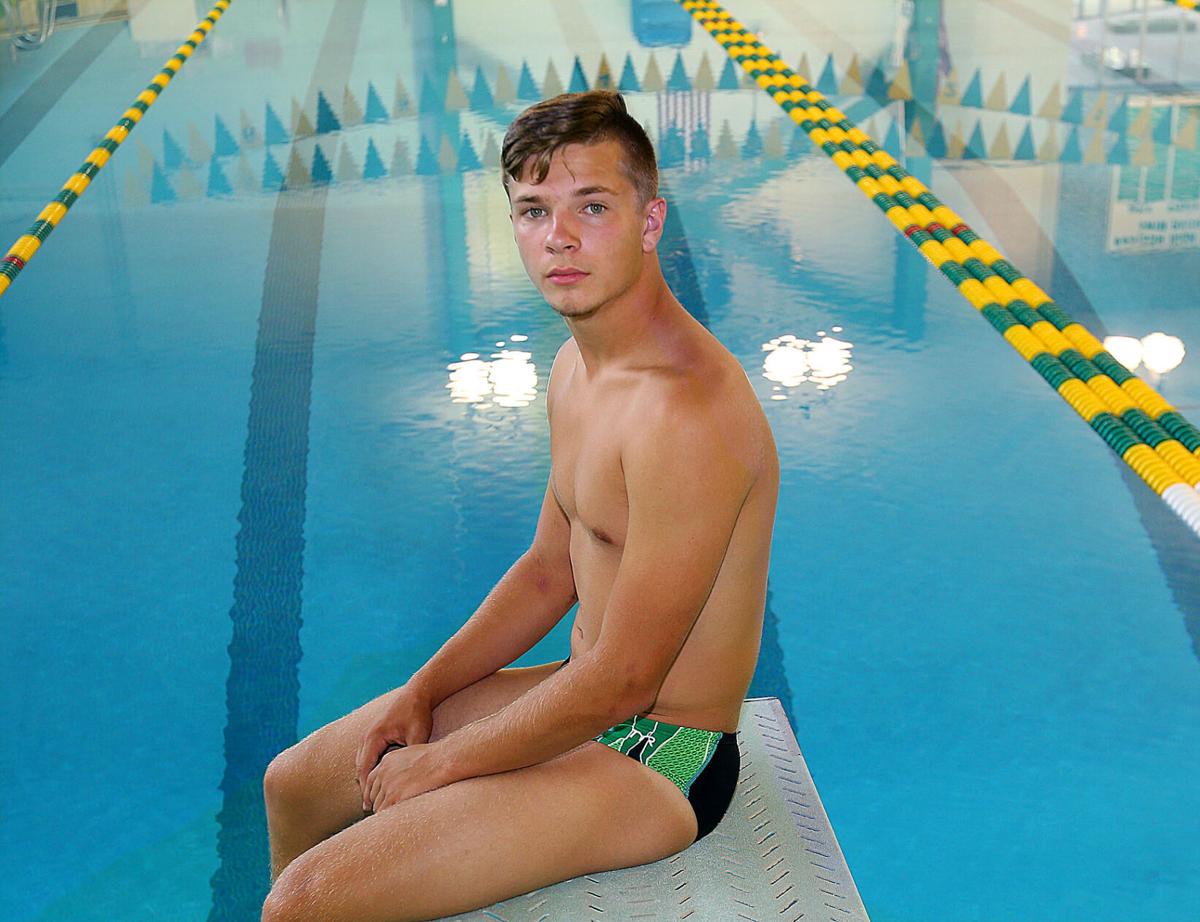 Eastern diver Porter Brovont is shown on a board at the Comets’ pool over the weekend. Brovont took fourth place in the 2020 IHSAA State Finals. 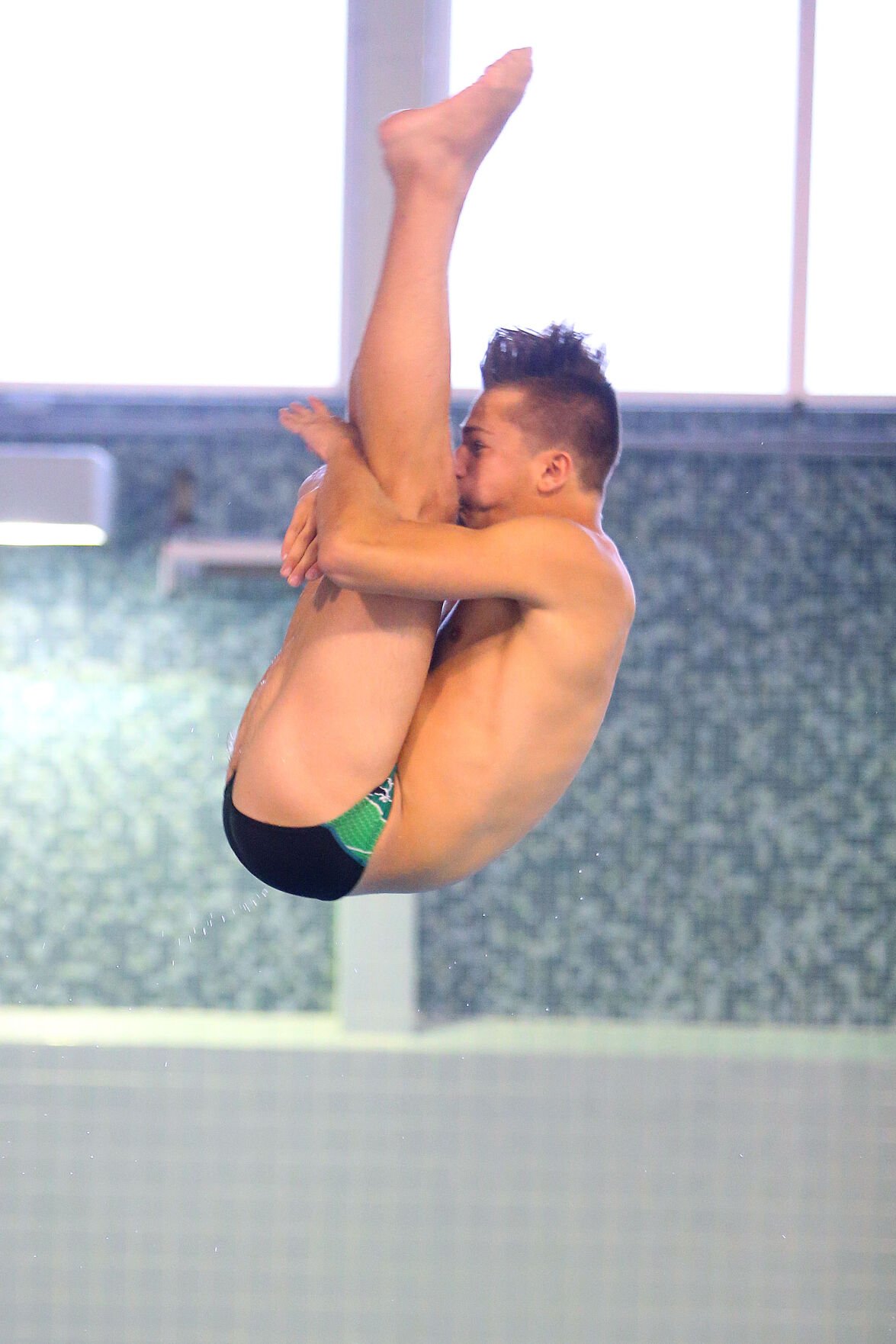 Eastern diver Porter Brovont is shown on a board at the Comets’ pool over the weekend. Brovont took fourth place in the 2020 IHSAA State Finals.

On the last day of February, Eastern’s Porter Brovont stood on the podium after finishing fourth in diving at the IHSAA Boys Swimming and Diving State Finals.

Just a few weeks later, opportunities to improve in the offseason dried up quickly as his club team suspended operations, USA Diving halted its schedule of events, and pools closed all due to the spread of COVID-19.

By the time July arrived, Brovont had gone months without pool time. He didn’t know what awaited him when he finally got to dive again. But last month gave him the opportunity to hit the Eastern pool two or three times, and he attended the week-long Ripfest diving camp in Noblesville.

That camp showed that despite having to resort to makeshift training, he was still on the right path.

“Honestly, it felt like I was back to normal again,” said Brovont, who will be a junior this coming school year. “After the first few days I was catching up on what I had, and new dives I learned at camp. I was actually progressing a lot more coming back.”

He’d gone into the camp with concerns. In spring and early summer he’d trained as best he could, getting workouts in at his aunt’s gym before the Y reopened, then attending the Y with gym time devoted to strengthening his core. And at home he’d worked on modeling dives on a trampoline.

He’d been forced to improvise. Getting on the board again and looking down at the water at the Ripfest camp was a test of how much ground he’d held while he worked on land.

“I went in and I did feel like I was going to feel a little rusty, but when I came out I felt like I improved definitely a lot more than I thought I was going to. I learned a few new dives, some bigger dives,” Brovont said.

That experience refreshed his spirit.

“It helped tremendously. The coach that runs that camp is John Wingfield, he’s an Olympic diving coach,” Brovont said. Wingfield was the U.S. diving coach for the 2008 Olympics. “We did three hours of dry land, three hours of pool time. We did six hours of training every day for five days.

“We’d have a lecture every night on different aspects of diving, strength training, a bunch of stuff about college, and that definitely opened my eyes to a lot more of what I can do to become stronger, quicker, working on my technique.”

It’s a silver lining to a trying situation. Even when regaining ground, or even gaining new ground, after a strong sophomore season, there’s no denying that 2020 affected what Brovont expected to get out of this offseason.

Brovont said the shutdown affected “getting the attention of colleges.” He would have participated in the USA Diving regionals, and attempted to advance to the zone competition, with a shot at the nationals after that. Those events would have been seen by college coaches.

“It also affected what I could have learned by now versus what I’ve just now started learning,”

So in the months to come, once school starts but before the high school swimming and diving season begins, he knows he has work to do.

“What I’m wanting to get ready for is definitely getting into the weight room and get a little stronger, being able to move the board a little bit better. Also learning a few new dives is definitely my goal for this season.”

Then when the winter season begins, Brovont wants to inch higher than he finished last season.

“My goals for this season are definitely learning bigger dives,” he said. “Also, I want to be able to win sectionals this year, place top three at regionals, and hopefully top three at state this year.”